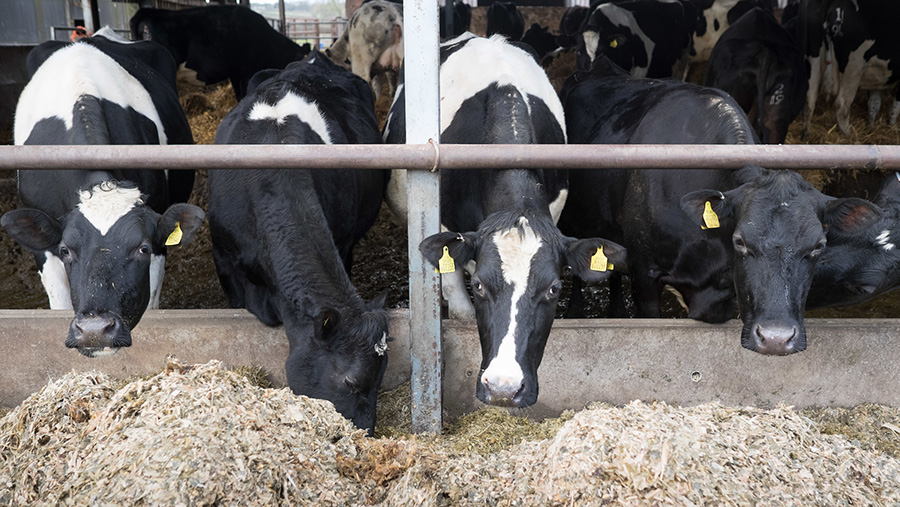 The sale of the milking portion, maiden heifers and heifer calves of the Hafael herd of pedigree Holstein Friesians on behalf of the Hughes family of Llanrhystud, Ceredigion, saw prices sell to 3,000gns twice.

Buyers attended from across Wales, England and Northern Ireland, with the two top-priced lots being snapped up by Aberystwyth buyer LE and PM Rees for their Anvil herd.

The first to make 3,000gns was the VG86 second calver Hafael Berryhill Blossom, which had been calved two months and giving 43kgs when sold having recorded 8,409 kgs milk 4.45% fat as a heifer.

The two-month old heifer calf sired by Genervations Willpower out of this cow sold for 1,050gns to DA Mawhinney, County Londonderry, Northern Ireland.

Top-priced calved heifer was the VG85 two-year-old Hafael Doorman Wendy, a fourth generation animal in the top two grades, which had calved in late September. The buyers at 2,600gns were HO and SEJ George for their Trigarn herd, Haverfordwest, Pembrokeshire.

Next highest-priced calved heifer at 2,500gns was sold to the Ormond herd of DJ and G Davies, Lampeter, Ceredigion. Their purchase was Hafael Atwood Gweno, which was a month calved and was out of a 10,140 kgs GP dam and an Excellent grand dam.

The highlight of the sale was the phenomenal trade for the youngstock with the maiden heifers averaging £1,035 and the heifer calves levelling out at £654 throughout, fired up by interest from across the Irish Sea.