Britain’s oldest Beef Shorthorn herd led a bumper sale at Skipton on Wednesday (8 November), as in-calf heifers made £832 more than last year and prices peaked at 6,500gns and 6,000gns.

This beat Skipton’s previous Beef Shorthorn record of 5,900gns on a day the society illustrated the increasing popularity of the breed as registrations and members continues to grow. 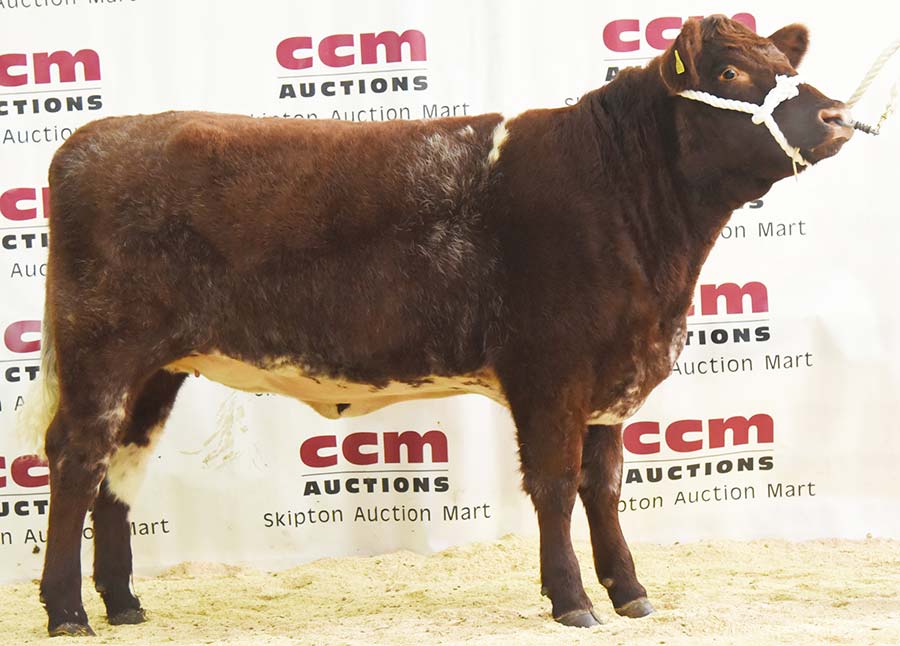 Next at 6,000gns was another Upsall female. The day was dominated by the herd, with four Upsall lots bagging the top five prices. This one was Tessa X1106 of Upsall (TI+23, SRI+19), which knocked down to P Coates, Carlisle. She was also by Fortress, which is from the Ingleton line. 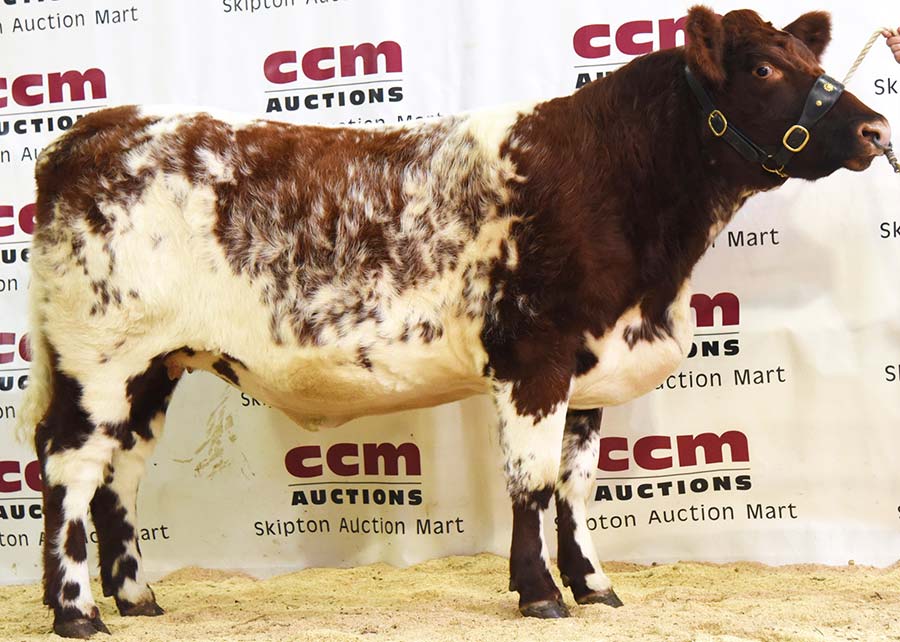 A brace followed at 5,000gns, which were both knocked down to Leazes Farm, Wolsingham, County Durham. Two-year-old roan heifer Jilt X1097 of Upsall is by Dingo of Upsall.

Matching her was Victoria X1170 of Upsall (TI +23, SRI +19), which is another Fortress daughter and out of a Broughton Park Thunder dam. She is scanned in calf to Firefox.

A strong entry from the Podehole herd of H Horrell, Thorney, Peterborough, topped at 4,1000gns, with a winning bid from A and C Farms, Oakham, Leicestershire, which bought three Podehole lots. This was for Podehole Fandango daughter Podehole Phantasy Jessamine (TI+16, SRI+14).

Jessamine is out of Trojan of Craigeassie and out of Podehole Phantasy Euphoria.

Next at 3,900gns was Nonpareil X1142 of Upsall (TI+11, SRI+9), which caught the eye of W and M Hebron, Bradford, West Yorkshire. She is by Letterfinlay Centurion son Glengloy Frigate.