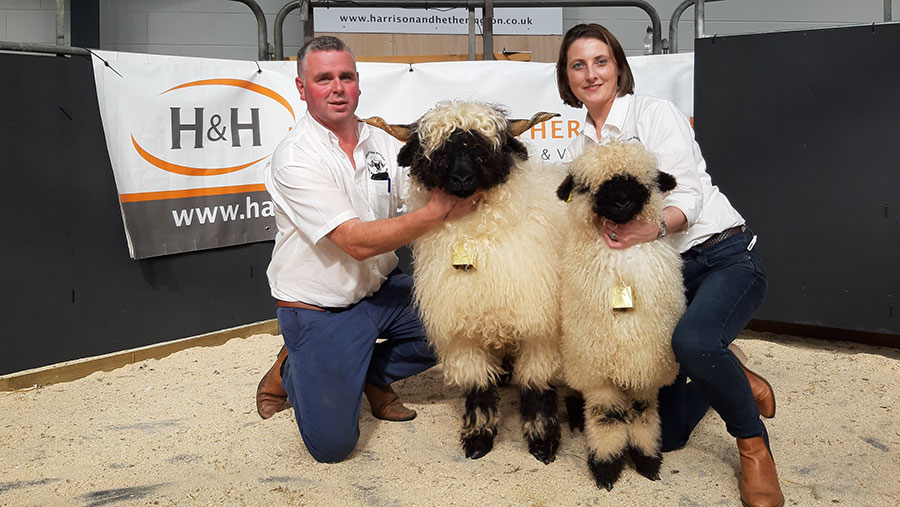 Prices peaked at 6,500gns at the Swiss Beauties Sales of Valais Blacknose Sheep from Richard and Selina Beattie’s County Tyrone flock, at Carlisle at the weekend (Saturday 8 August).

The highest bid was paid for a ewe-and-lamb outfit. Beattie’s Emerald (born January 2018) was sold with her May-born ewe lamb, Beattie’s Florance by Jura Eragom, at foot. Buyer was Messrs Murray, Gretna, Dumfriesshire.

Next best at 4,000gns was the shearling ewe Beattie’s Daisy, a twin-born ewe sired by Highland Darragh and out of Beattie’s Dawn. She was snapped up by Messrs Higgins, Limerick, Ireland.

Sale leader was a twin-born ram lamb from Mr and Mrs B Nicolson, Duns, Berwickshire. Sired by Strathbogie Strongbow and out of a Lakeview Bob daughter, he was bought by Messrs Bothwell, Patna, Ayr. 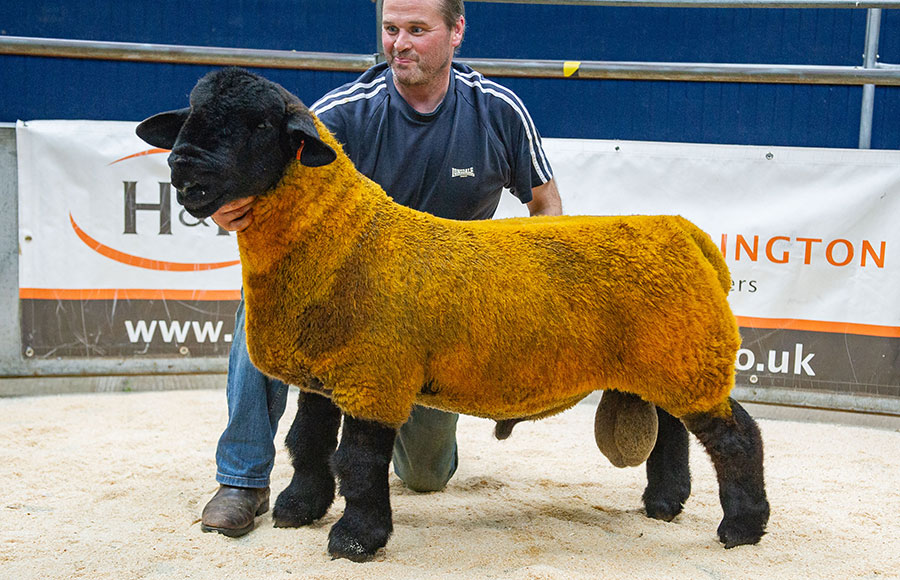 Next best at 2,200gns was another ram, this time from SJ Buckley’s Sitlow flock, near Buxton in Derbyshire. Sired by Logiedurno Sonny Bill, he is out of a Midhope Hans Solo daughter. Buyer was Messrs Shaw, Kelso, Roxburghshire.

Sheep sold to 1,900gns at the Zwartbles Premier Sale at Carlisle on Saturday (8 August).

Making the day’s top price was the shearling gimmer Greystone Grace from McLaren and Baird, Dunblane. Sired by Craigies Djangos, she is out of a home-bred ewe. The hammer fell to Messrs Lloyd, Llanrwst, Gwynedd. 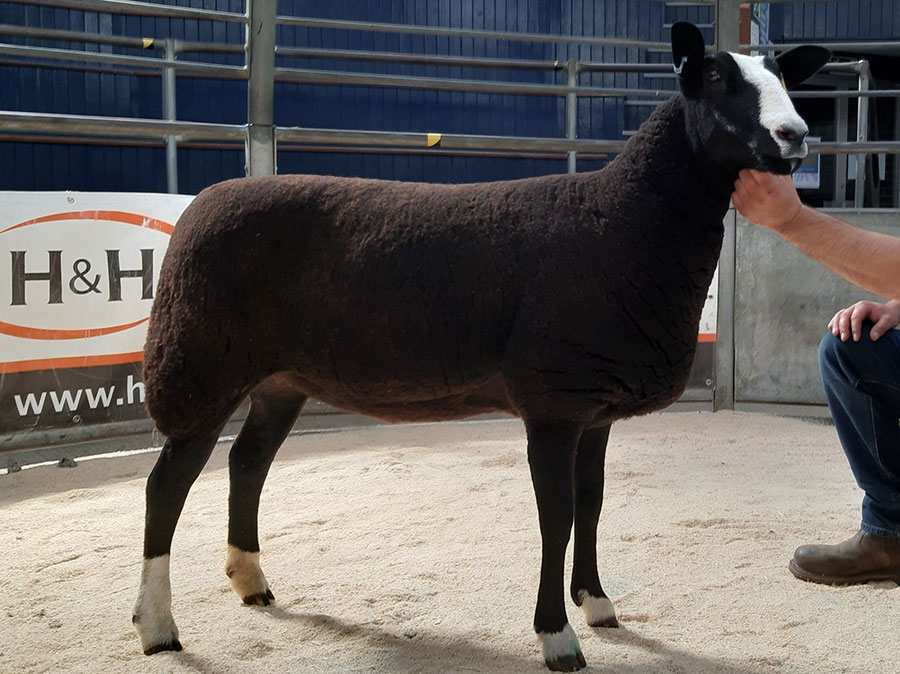 Next came three joint calls of 1,800gns. First was a shearling gimmer from Joyce and Neil Millar, Joyfield Golden Girl, which was purchased by Messrs Goldie, Dumfries.

At the same money was a ram and aged ewe from from the Whitestone dispersal on behalf of Miss FM Wilkie.