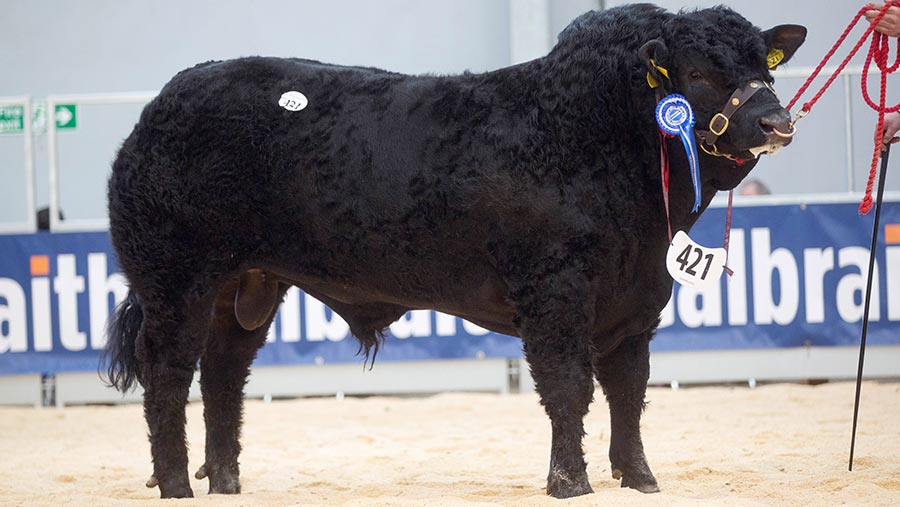 This time around it was the Westhall herd that saw the top two calls, coming close to last year’s top call of 13,000gns for Dyke Macbeth.

Leading at 11,500gns was a black July 2017-born entry from M Fotheringham and H McNee, Over Finlarg, Dundee.

Westhall Norris (pictured above) is by Newhouse Glamis son Westhall Jammy and out of Tamarvalley Boscastle daughter Westhall Freespirit.

He caught the eye of D Walker and Sons, Camregan Farm, Girvan.

Second best at 11,000gns was another Westhall sire going back to Galmis and Jammy, this time called Nathan and out of Westhall Fothers daughter Westhall Hlame.

Boasting a carcass weight EBV of +31 and -21 days to slaughter, the May 2017-born bull knocked down to Peter Alexander, Mains of Mause, Blairgowrie. 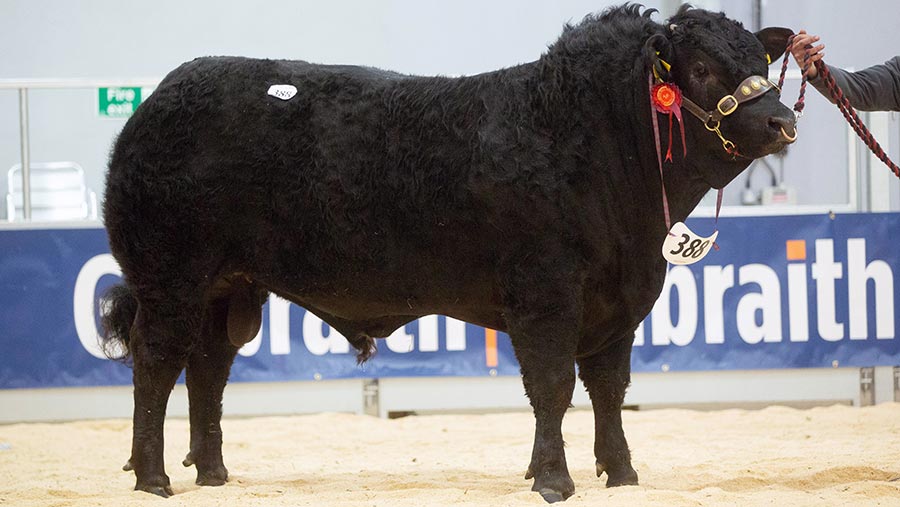 Next best at 9,000gns was Anside Nemesis from Mr and Mrs S Irvine, Braehead Farm, Drummuir.

He is by Haltcliffe Dancer son Powerful Irish and is out of Seringa daughter Bailea Cadee.

He is another bull bringing exceptional growth figures, rated +45 for beef value, +30 for 200-day growth and +15 for age at first calving, a new genomic EBV.

He was knocked down to A Kennedy and Son, Seggarsdean, Haddington. 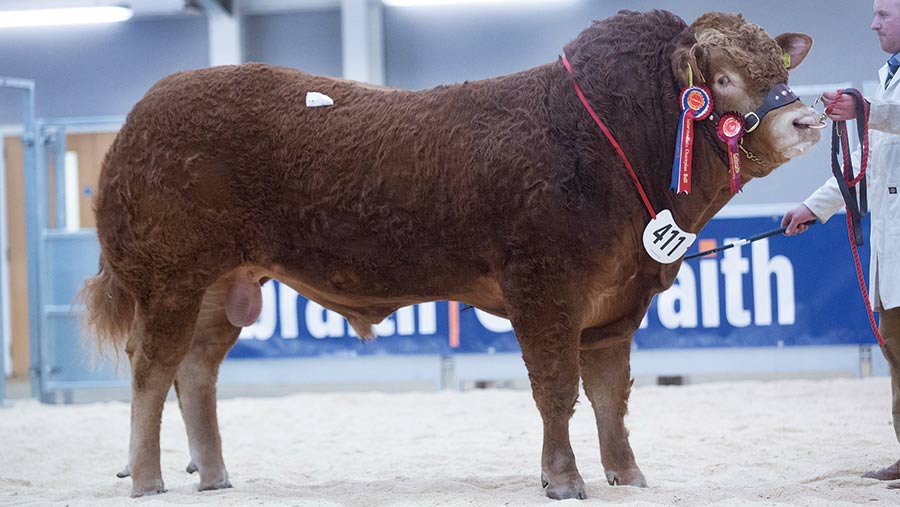 At 7,300gns was Harestone Nimrod, a polled July-2017 son of the famous 140,000gns Trueman Jagger and goes back to Ampertaine Gigolo. His dam is Glenrock Impulse, a daughter of the 30,000gns Goldies Comet.

He was consigned by NR Barclay, South Road, Insch, and knocked down to Kinkardineshire-based GM Barclay and Sons, Tullo Farm, Laurencekirk.

Next at 7,200gns was Dyke Nilegod from Messrs JR MacGregor, Milton of Campsie, Glasgow. 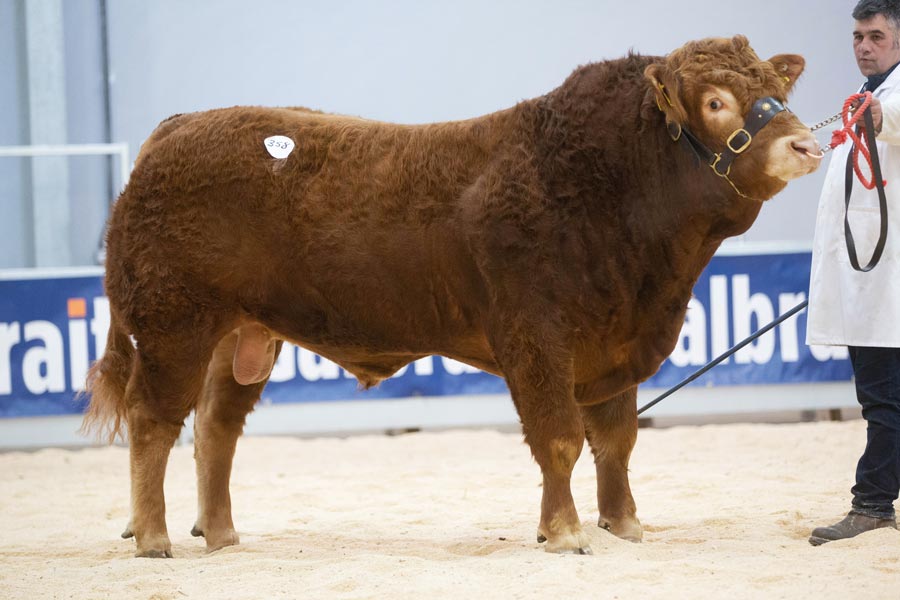 His dam is Haltcliffe President daughter Dyke Amazon, who goes back to Ronick Hawk and Greenwell Major.

Two then made 6,500gns, with the Dyke herd again being in the money, this time with a bull called Nero boasting a beef value of +55 and easy-calving EBVs.

He is by Netherhall Gilbert and out of a Cloughhead Delboy dam, and caught the eye of R Easson and Son, Barns of Airlie, Tayside.

Matching this was Bangtidy Notorious from Andrew Hyslop, with a winning call from William Thomson and Son, Hilton of Beath, Fife.

He is a Grahams Lorenzo son out of Grahams Unbeatable daughter Dynamite Henrietta.