“That’s what commercial buyers seem to be after,” he told Farmers Weekly. “It was a good show of bulls and trade roughly ended up where you would expect given the market.”

Wolfstar Jackaroo topped the bidding at 18,000gns. He is by the Auchorachan Winger son Team Celtic and out of the Wolfstar Wotsit daughter Wolfstar Ellie. 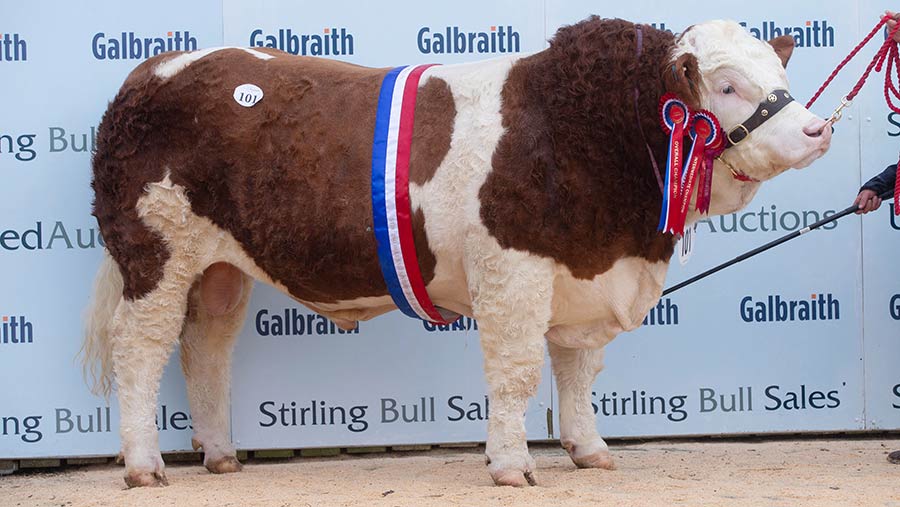 Next at 17,000gns was Wolfstar Jimmy Choo, who goes back to Curaheen Bandit and is also bred from Team Celtic, this time on his dam’s side. He is an Islavale Guy son out of Wolfstar Forget-me-not. 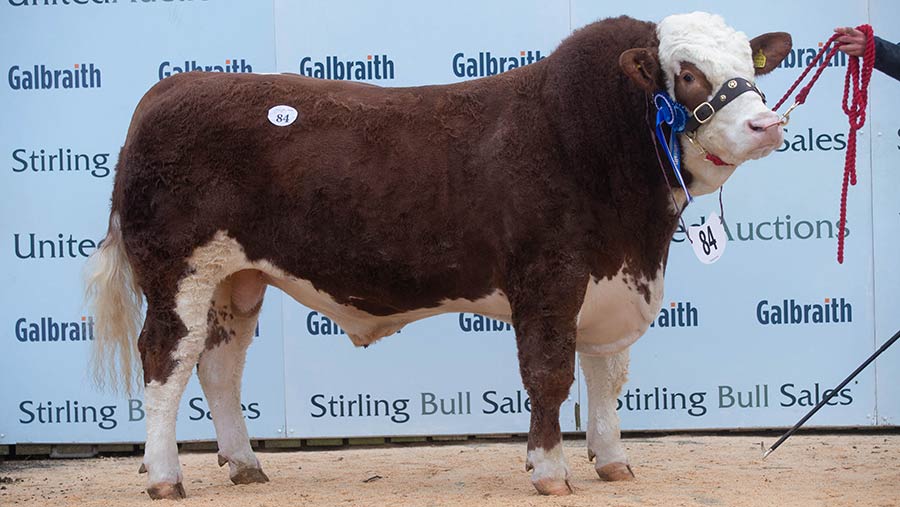 At 10,000gns was a Team Drambuie son from Kate and Alan McNee, Tealing, Dundee. Finlarg Jaguar sold to Mclymont and Son, Tinnis, Selkirk.

A trio of bids then hit 9,000gns, the first being Ranfurly Jackpot from WD and JD Hazelton, 25 Bovean Road, Dungannon.

He is by the Saltire Talent son Auchorachan ACDC and out of the Hillcrest Champion daughter Raceview Fancywinty.

Jackpot is an early maturing type and currently averages TSI+74 and SRI +82. He caught the eye of Philiphaugh Estates, Old Mill Farm, Selkirk. 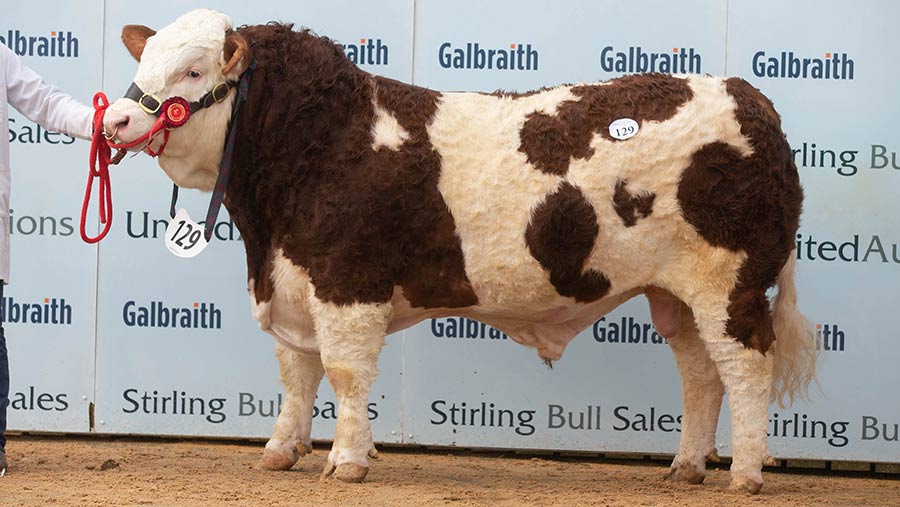 Matching this was Corskie Jackpot from the Greens, Garmouth, Fochabers, who was bought by JS Gunn, Mavsey, Caithness.

He is a son of the 22,000gns Dirnanean Bradley and is out of the Bel Dhu Capercaillie daughter Frolic who was classified EX90. 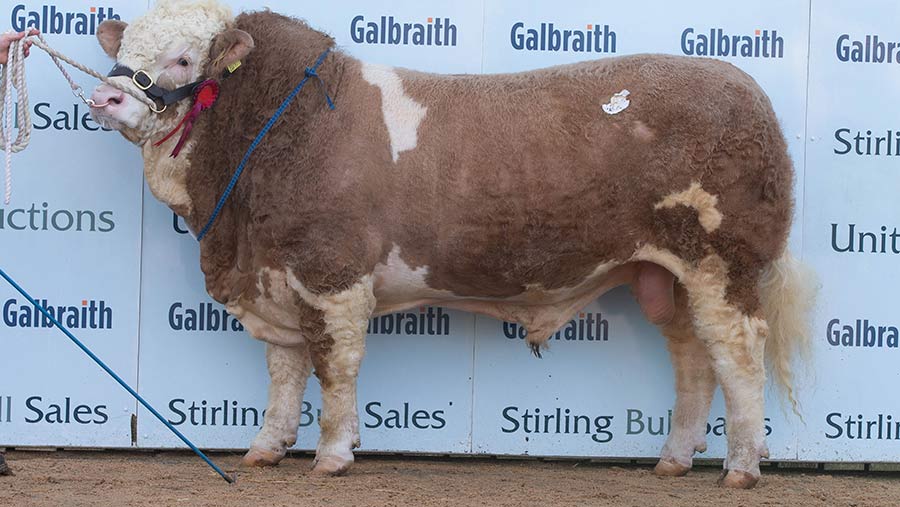 Last to hit 9,000gns was another Team Celtic son, this time from the Saltire herd of J and G Houliston, Drem, North Berwick. 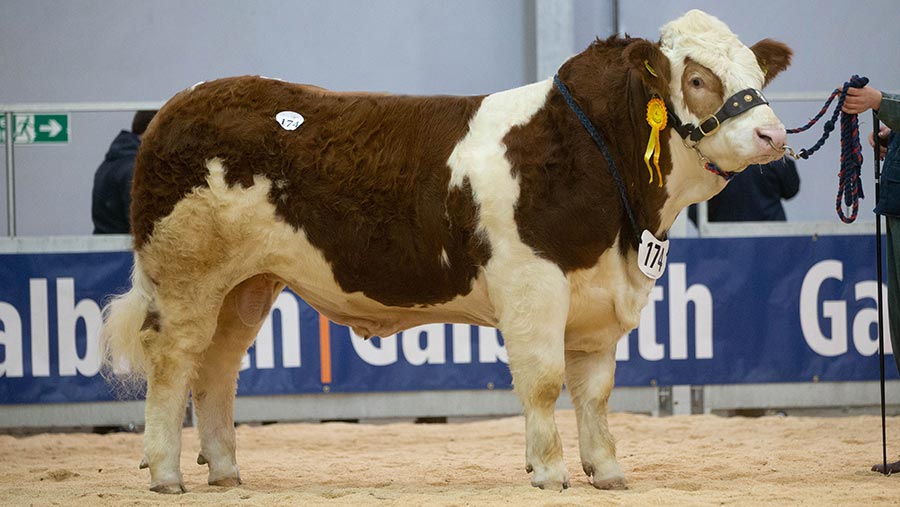 Females topped at 4,200gns. Judge Phillip Simmers was back in the bidding again to take home the trade-topping female from the Annick herd of LD Quarm, Annick Lodge Estate, Irvine.

Annick Duchess is a June 2018-born heifer by Wolfstar Gold Digger and out of the Skerrington Visa daughter Annick Duchess. 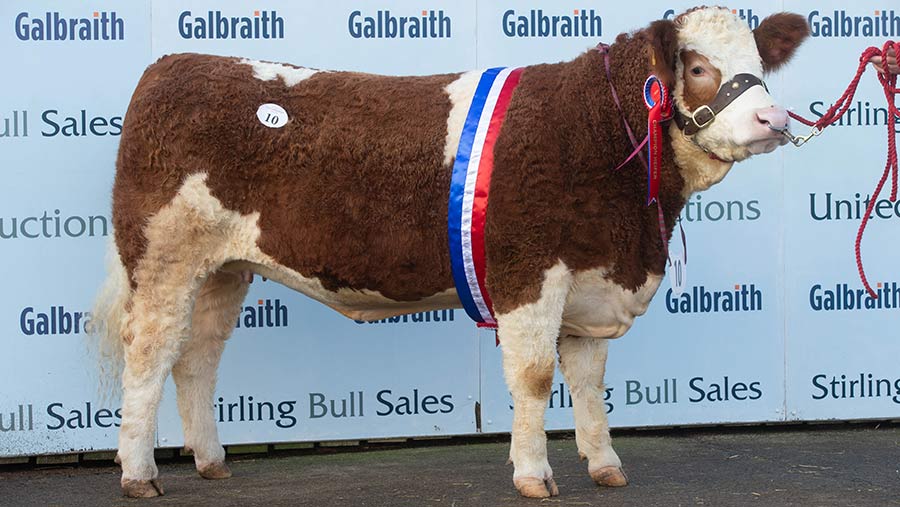 A Chestermann outfit from N and N Gwynne, Castlewigg Farm, Whithorn, then led the cow-calf trade at 3,000gns.

She sold with her November 2019-born bull calf Chestermann Knockout at foot. He is by the Overhill House Volvo son Data.