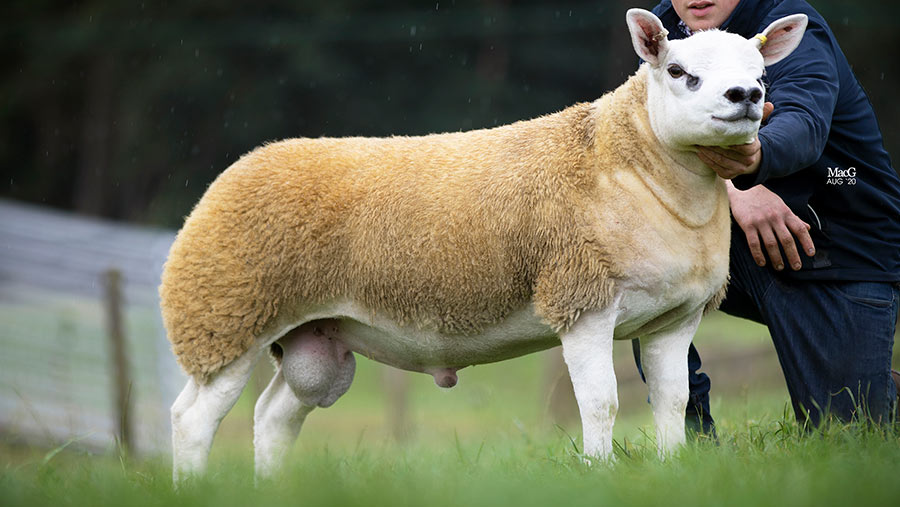 A world record sheep price of 350,000gns has been set by a ram lamb from the Cheshire-based Sportsmans flock of the Boden and Davies team at Lanark this week (27 August).

The price paid smashes the previous record of 220,000gns made by Graham Morrison’s Deveronvale Perfection at the same Lanark fixture in 2009.

The record breaker is by last year’s Lanark champion, Garngour Craftsman, which was bought by Charlie Boden last August for 65,000gns after taking the red ticket.

Double Diamond is out of a Sportsmans ewe by the 32,000gns Plasucha Big Gun.