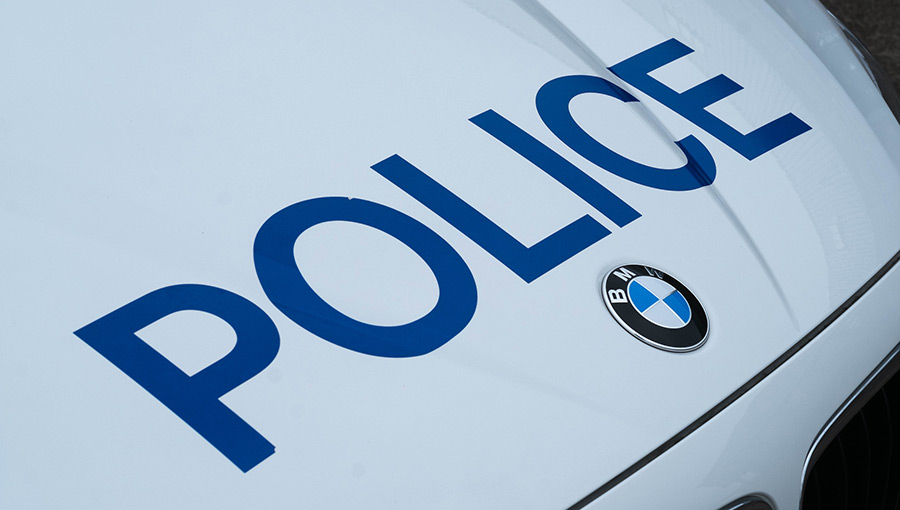 A Sussex farmer has told of his distress after thugs drove a vehicle into a flock of 350 sheep grazing in a field.

Stuart Howard, of Hare Farm, Brede, near Rye, was keeping the flock of 350 heavily in-lamb ewes on winter grazing an hour away at his cousin’s farm.

Mr Howard came across the aftermath of the incident when he went to check the sheep on Monday morning (22 January) at Throwley, near Faversham, Kent.

See also: Police fail to crack down on sheep worrying

“The first thing I always do is always check the electric fence before I turn it off or step over it – but there was no power,” he told Farmers Weekly.

“I saw the fence was down, which in itself didn’t mean a lot but then I saw wheel marks in the frost that had come across a neighbour’s bean field.

“The vehicle had taken the fence out with it – quite a lot of fence posts had gone too because it must have wrapped around the bonnet rather than just cutting the wires.”

Mr Howard said he walked around the perimeter of the field and then noticed a sheep that appeared to be sitting down and wouldn’t get up.

“I rolled her over to see what was wrong with her and her legs just flopped – they were crushed and broken and then I started to realise what had gone on.”

Today we came across the most abhorrent scene. Not dogs this time, but the human kind had chased our pregnant flock in their trucks at night, mowing them down in the field. 1 dead. Many wobbling. All twitchy. How many will abort? How low can our human species go? #sheepworrying pic.twitter.com/E5OTzB1uij

“There were figure-of-eight donut-type wheel marks out in the field where they had been spinning around and I could see the sheep were agitated.”

Mr Howard said he then saw another sheep dragging its hind legs.

He then phoned the local police and vet.

“Two sheep were clearly hit,” he said. “We lost one but managed to bring the other home.”

It was particularly devastating because the sheep had been contented, were grazing well and had scanned at 205%, said Mr Howard.

“The police came out within 30 minutes. They were shocked and they are going to do what they can but we aren’t jumping to any conclusions as to who did it.”

Mr Howard posted photos of the savaged sheep on social media in a bid to spread the word.

“You can’t keep quiet about these things – I’m not expecting the people who did it to read about it but hopefully I can warn other farmers to be on the look out.”

Police searching for the owner of a dog that attacked a sheep have released a photo of the incident that took place near Horsham, Surrey. 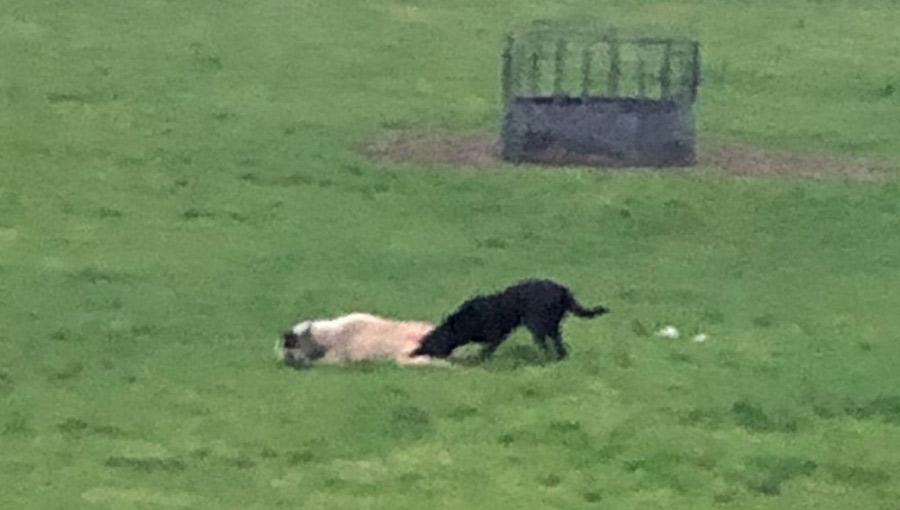 The attack happened in a field on Wednesday, 16 January, at Old Holbrook, just north of the A264.

A farmer reported that a black Labrador was worrying livestock at Morris Farm around 4.30pm.

The dog was being whistled from a distance and was being called by a name that sounded like ‘Chester’. It eventually ran off towards the caller.

The sheep it had attacked was so severely injured that it had to be put down.

Sergeant Tom Carter, of Sussex Police, said: “Time and time again we warn dog owners not to let their animals off the lead anywhere in the vicinity of livestock.”

Dog walkers should keep their animals on a lead, he added.

Anyone with information about the incident or who knows the dog or its owner is asked to call 101 quoting serial 878 of 16/01 or phone Crimestoppers anonymously on 0800 555 111.