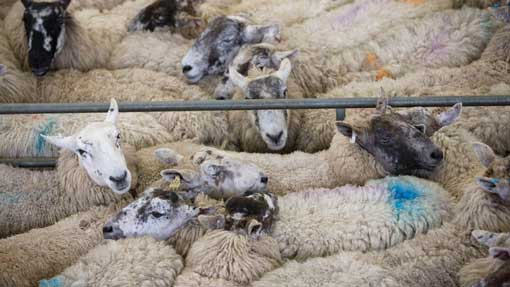 According to figures released by Eblex, 94% of cull ewes in the UK are sold into the ethnic market with demand particularly high during religious festivals such as Ramadan.

Eblex beef and sheep scientist Liz Genever advises farmers to familiarise themselves with the dates of these festivals. “Religious festivals determine the demand for sheep meat, therefore, knowing the dates of these can help farmers maximise income from cull ewe sales,” she says.

There is also a price advantage in selling cull ewes when there are fewer available. The annual trend for cull ewe prices since 2010 points to the price being at its highest when fewer of these animals are being marketed.

“We often see the price fall when more ewes come onto the market, typically at weaning and through the autumn months prior to tupping,” says Dr Genever.

Ewe condition at sale depends on the buyer. Some prefer well-fleshed animals, but others prefer leaner ewes; farmers, therefore, need to be aware of the market they are selling into to avoid wasting money on feed.

“The decision on how much feed to put into cull ewes has to be based on the end buyer needs, time of year, market price and cost of feeds available,” Dr Genever explains.

Steve Williams, of livestock auctioneers, William Associates, has seen the market swing away from fat ewes. “The market wants lean meat, not fat, which is expensive waste,” he says. “Don’t just turn ewes into a field and forget about them until such time as replacements are needed. Sell them when they are in optimum, prime condition.”

With identification rules set to change in England on 1 January, Mr Williams stresses the importance of full electronic identification on cull stock to maximise the number of buyers. “If full EID is not used, stock can only go direct to slaughter from 1 January, reducing options.”

The chosen method of sale will influence how a farmer presents ewes to buyers. If sold through a livestock market, Dr Genever advises grouping ewes according to condition. If ewes are sold direct to slaughter, farmers should select ewes according to the abattoir’s price specification.

Selling cull ewes creates a void in flock numbers; therefore replacements must be sourced, either through a farm retaining its own ewe lambs or by purchasing stock. Some farms choose a combination of both.

Eblex costings demonstrate that it is £443 cheaper to buy in 120 shearlings than to retain the same number of ewe lambs. However, there are many costs that are hard to quantify, such as genetic improvement and high health status of retained stock.

Whichever option best suits a farm’s circumstances, it is essential to have well grown ewe lambs or shearlings in both instances, says Dr Genever.

“Research work looking at the lifetime performance of replacements is driven by a ewe’s weight in the first winter, even if they are not bred,” she explains.

Malcolm and Judith Sanderson sell ewes as six-year-olds to capitalise on their cull value.

Keeping ewes beyond this age isn’t cost effective, they say. The Sandersons are working with animal health consultant, Lesley Stubbings, and Eblex, focusing on body condition scoring. Ms Stubbings encourages them to keep their flock of 600 Mules and Texel-cross Mules young.

“We used to try to keep the ewes an extra year, but they were too old to put on flesh by then and they weren’t worth very much. We also had more health problems and there would be more deaths,” recalls Mr Sanderson, who farms near Lancaster.

A priority is to get cast ewes into good condition for sale. At weaning, any that are in the right condition are sold immediately while others are turned onto aftermath grass. They are weighed every two weeks thereafter.

“If we find a ewe isn’t putting on weight we let her go because it is not cost effective to keep her, we make what we can from her at that point,” Mr Sanderson explains.

Others are sold when they reach peak condition and stop putting on weight.

There is no target sale weight. “Weights are variable because we have some small ewes and some big ones. We take each one to her full potential, that’s all you can really do. We sell some at 80kg but some at 65kg. It depends on the size and frame of the ewe, she needs to have good meat cover.”

The Sandersons, who also run a dairy heifer rearing enterprise, say cull ewes form an important part of the income from the flock. “If you are willing to put a bit of effort in, these ewes can be sold at a decent price,” says Mr Sanderson.