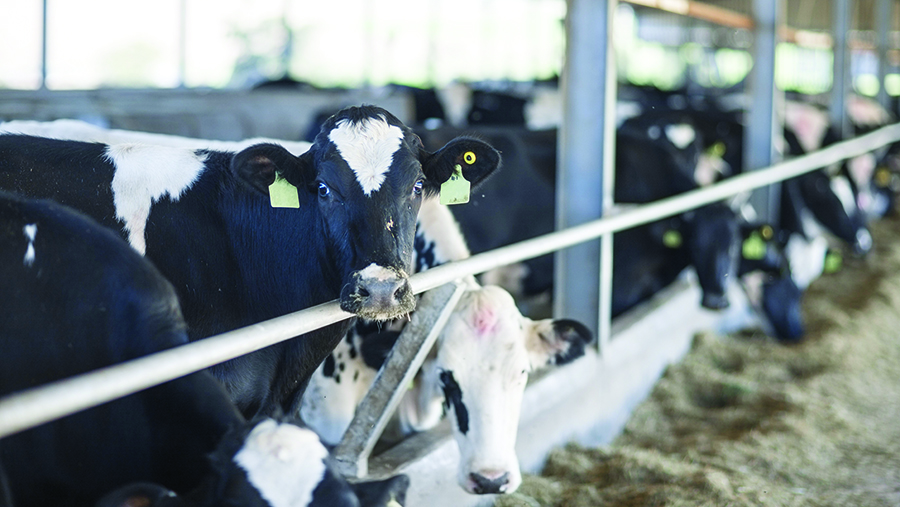 A shortlist of the most important traits affecting daily lifetime yield (DLY) has been released by the levy board, with profitable lifetime index (£PLI) coming top.

An AHDB Dairy evaluation of all 40 traits used in its genetic evaluations has found £PLI to be the most relevant, followed by production and lifespan traits (see below).

The analysis used data from 800,000 Holsteins and their sires and looked at type, health, production and index traits.

An increasingly important metric for the dairy sector, DLY is an indicator of the amount of income an animal can generate when in the herd, said Marco Winters, head of genetics at AHDB Dairy.

What is daily lifetime yield?

The average of total litres of milk sold divided by age (in days from birth to culling) for cows leaving the herd during the year.

Explaining the 10 traits, Mr Winters said that factors affecting culling – such as failure to get in-calf, lameness and mastitis – were much more strongly related to lifetime yields than to type traits.

He said that £PLI had been shown to be a useful overall breeding goal, adding: “It’s sometimes difficult to explain what £PLI does on farm, as you can’t measure it like you can, for example, KG milk PTAs versus daughter milk performance, or SCC PTA versus daughter SCC.”

Holstein UK geneticist Darren Todd said that DLY was a good metric to measure, adding that breeders were now giving it attention.

But he said that management was also a huge factor in how long cows were on the farm.

“DLY is a phenotype so will be more affected by management than genetics – but over the long term the only real improvement that can be made will be genetic, particularly for famers whose management is already good,” said Dr Todd.