Financial and planning considerations generally dictate herd expansion in dairy systems, but for farmers in nitrate vulnerable zones (NVZs), environmental regulation can be the principal obstacle to increasing cow numbers.

Farmers Weekly talks to two dairy farmers in these zones who have found solutions that allow them to expand numbers in harmony with environmental regulation.

See also: Q&A: How to meet NVZ rules when expanding a dairy 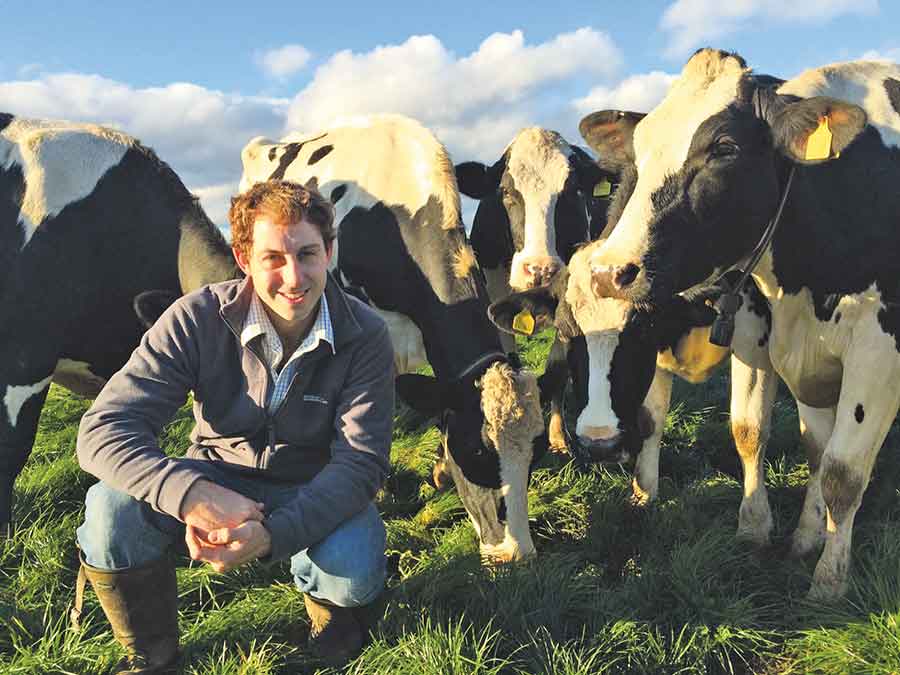 At Hollybeds Farm, near Upton-upon-Severn, Tom Goodwin and his parents, David and Sandra, are growing their year-round calving dairy herd of pedigree Holstein Friesians from 160 to 300.

They have invested £1m in a new dairy unit which will be fully stocked by the summer. They also run beef and arable enterprises.

With 28ha of the 40ha grazing platform in an NVZ, this could have limited stock numbers. However, with arable crops grown on a significant percentage of the farm’s 304ha, additional cow numbers can be absorbed into the total acreage.

By next summer, when cow numbers have increased to 300, this figure will increase to 1 cow a hectare across the total acreage.

Expansion at Hollybeds Farm has been aided by the acquisition two years ago of 30ha of land, allowing stocking density to be spread over greater acreage.

NVZ rules limit total nitrogen from livestock manures to 170 kg/ha a year – deposited during grazing and by spreading – to minimise nutrient transfer to watercourses. Again, this can be averaged across the farmed area.

To meet this regulation, the Goodwins will pipe slurry to a 40ha block of land that falls outside the zone by burying a pipe under the A38, the road which splits the farm.

“If we could not have piped the slurry under the road we would have had to reconsider our expansion plans but this system will allow us to get the slurry away during closed periods.”

This block does not fall in the NVZ and is not subject to the closed period for spreading organic manures, which for grassland runs from 15 October to 31 January.

But the farm will increase storage capacity from the current 3,000cu m to 3,920cu m to allow sufficient capacity during the closed period if needed.

The location of the new dairy was dictated by the site of the existing weeping-wall slurry store. This facility is being replaced by a slurry lagoon.

Mr Goodwin says the nutrient-rich slurry will reduce the farm’s reliance on manufactured fertiliser for arable crops in the spring. The maximum nitrogen limit for grassland in an NVZ is 300kg N/ha.

At 58kg, Hollybeds Farm comes well under that limit, and this will still be the case when cow numbers double and the figure increases to 116kg N/ha.

At Hollybeds Farm the livestock, including the beef cattle, produce 20,500kg N/year, which falls within the limit. Once the herd has reached its target size of 300 cows, nitrogen production will rise to 35,650kg/year.

Heifers are contract reared off-farm which allows for a positive adjustment of the stocking rate. Male calves are fattened and finished on farm on home-produced barley.

The arable enterprise includes maize, milling wheat and barley. “Dad and I have always believed in mixed farming, putting the muck back on the land to grow the crops that feed and bed the cattle,” says Mr Goodwin.

The herd is yielding an annual average of 9,000 litres with milk sold to Cotteswold Dairy.

Mr Goodwin says farming in an NVZ encourages him to make good use of nutrients. No manufactured phosphate and potash is used – only nitrogen is purchased.

Mr Goodwin predicts that within two decades many dairy farms in NVZs will have their own micro-anaerobic digesters to reduce the impact of the regulations.

In post-quota Ireland, ambitious growth targets for milk production have been set under Food Harvest 2020 but strict environmental targets for water quality must be achieved under Water Framework Directive legislation.

All farmland in Ireland is subject to NVZ regulations. Ireland was one of seven EU member states to be granted a derogation from the standard stocking rate cap to farm more intensively up to a maximum stocking rate of 250kg organic N/ha (2.94 cows a hectare). 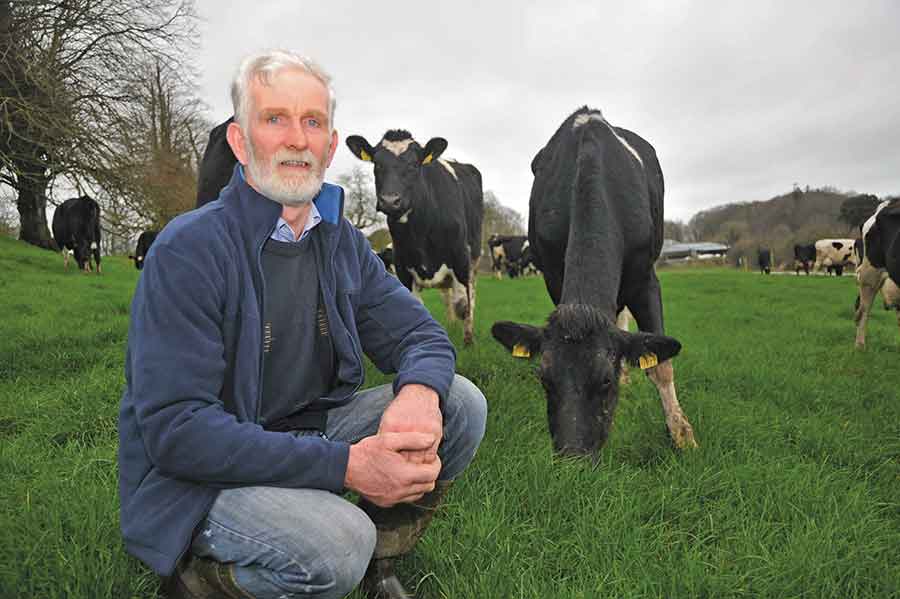 More than 5,500 Irish dairy farms have this derogation in place, including Noel and Bernadette O’Toole’s farm at Killimor, Galway. Their main holding sits on the banks of the Kilcrow River, a tributary of the Shannon.

In recent years the couple has steadily increased their herd size from 75 Friesian cross Jersey cross-breeds to 163, with a resultant rise in stocking rates to 3.85 cows a hectare on their 41ha milking platform.

This stocking rate is permissible because the O’Tooles have acquired additional land, both owned and rented, and this has reduced their overall stocking rate to 2.75 cows a hectare.

Slurry is also exported to other, less intensively farmed holdings, diluting across a greater acreage the volume of organic nitrate they produce per hectare.

They have also increased their slurry storage facilities by creating a second tank to hold an additional 90,000gal to account for the increase in slurry produced.

“Ireland is divided into three NVZ zones. We are in zone B which dictates that we must have 18 weeks of available storage,” Mr O’Toole explains.

When he expanded the slurry store there were no capital grants available. But now, for farms that are planning and nitrate compliant, the government will pay 40% of the first €80,000 (£64,000), rising to 60% for young entrants.

Mr O’Toole doesn’t believe NVZ regulations hold expanding dairy businesses back; in fact, they put the most efficient farms in a better place to grow herd size, he reckons.

“At first we thought NVZ was going to be a problem but we have discovered it is a plus. We make better use of our nutrients because we now spread the slurry at certain times of the year when the response rate is better.

“We inject our slurry now because it wasn’t feasible to use a splashplate when we needed to get it on the land and also graze. It means all the nitrogen goes into the soil and we can graze the land within seven days so it doesn’t limit the grazing rotation.”

Underuse of land in many parts of Ireland, particularly in the west, works in favour of farmers growing their herd size.

Tom Murphy of Teagasc says some farmers are tapping into that resource. “They are sourcing silage from neighbouring land and if they are highly stocked they may have options to export slurry to that land.

“There is growing availability of short-term grazing options and contract heifer-rearing opportunities on dry stock farms.