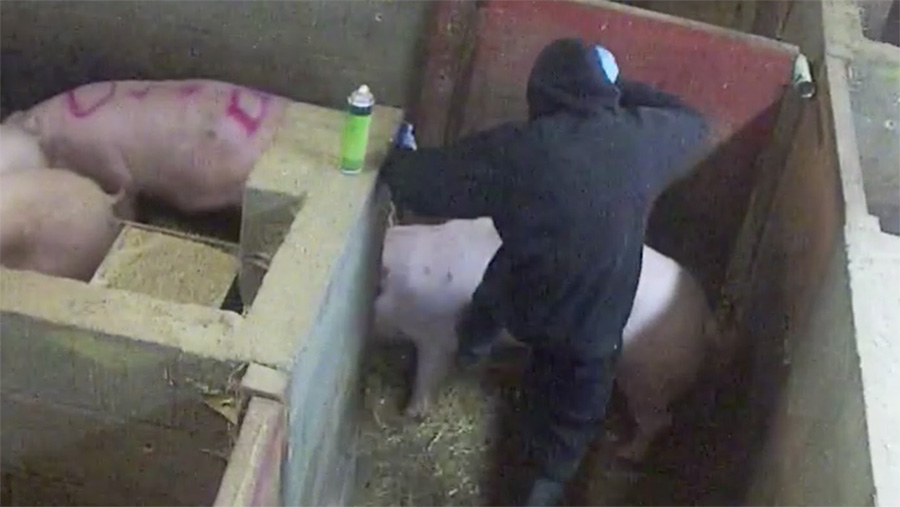 Two farm workers have pleaded guilty to causing unnecessary suffering to a number of pigs on a Lincolnshire farm.

A third man, Gavin Hardy, 39, of Greengate Lane, South Killingholme, who is also facing the same charge, failed to appear at the hearing at Grimsby Magistrates’ Court on Friday (23 November). A warrant has been issued for his arrest.

The trio were charged with causing unnecessary suffering to four pigs at the farm by inflicting blunt force trauma, physical violence and inappropriate use of a pitchfork.

Mr Wagstaff pleaded not guilty to a second charge of causing unnecessary cruelty where he is accused of spraying paint up a pig’s nose.

The charges were brought following an investigation by animal rights charity Animal Equality, which said it captured footage of repeated and deliberate violent abuse of pigs earlier this year.

Animal Equality’s director, Toni Shepard, said: “We are pleased that these two pig farm workers have been convicted for their disgusting attacks on the vulnerable animals in their care revealed by our investigation.

“We thank the RSPCA for prosecuting this case so swiftly. We expect these men to face the fullest force of the law for these extreme acts of cruelty.”

Fir Tree Farm, which is owned by Elsham Linc, is one of Britain’s largest pig producers.

Ahead of the hearing, animal rights protesters appeared outside the court holding placards saying “Justice for pigs”.

The men will be sentenced at Grimsby Magistrates’ Court on 20 December.