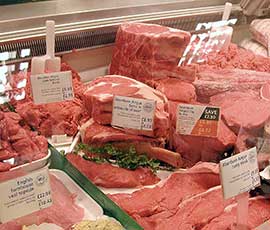 Brussels has welcomed a “late” decision by the USA to end its 16-year ban on beef imports from EU countries.

The ban was imposed on 1 January 1998 at the height of concerns over the BSE disease in cattle. It covered any EU beef and beef products.

The US Department of Agriculture’s decision to reopen markets brings the USA in line with international standards for BSE that were set in 2005 by the World Organisation on Animal Health (OIE).

An EU Commission statement welcomed the move, but voiced its frustration at the amount of time the USA has taken to reopen markets.

“It is an important step, albeit late, to abolish the unjustified ban and to re-establish normal trading conditions,” the statement read.

“This market opening also sends an important signal to the EU’s trading partners worldwide that EU beef is safe, and that imports of EU beef should resume quickly,” it added.

But Brussels officials said the ban had gone beyond the OIE standards which ruled deboned skeletal muscle beef was safe and could be freely traded from all countries in 2005.

“In addition, the OIE has evaluated the BSE risk status of EU member states. In recognition of the EU’s enormous efforts and investment to control and eradicate BSE, almost all EU member states have the same or a better risk status than most countries in the world. EU beef is safe,” the statement said.

The ban also covered sheep and goats and their products. This remains in place and the commission said it expects the USA to lift restrictions and comply with international standards as soon as possible.