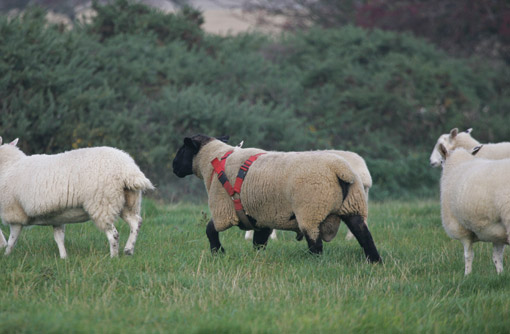 Although I’ll have missed the very early lambers, this is a plea to any of you that have not yet introduced your tups to the ewes. It is well worth your time and expense considering semen testing your rams. Most farms will have sub-fertile rams whose lack of fertility is disguised by other fertile rams in the group. Unknowingly mixing too many of the sub-fertile rams together will result in a less concentrated start to lambing, or worse, empty ewes.

Testing is simple and inexpensive. While testing will not 100% guarantee fertility, it will go a long way to eliminating surprises.

Semen production takes about six to eight weeks, therefore it is important to avoid using rams that have been sick or lame in the couple of months preceding tupping, even when at tupping they appear perfectly healthy. The lag time in sperm production means you are risking poor semen quality.

Lanarkshire farmers have finally had a well-deserved summer, with warm dry weather allowing excellent silage and even some good hay to be made. Livestock have thrived with the sun on their backs and are looking very much better after the long winter and cold spring.

Fluke in cattle and sheep has been troublesome in the past twelve months, but despite a much better summer we have already seen fluke early in the season. With huge pasture contamination last year, fluke infection has occurred at significant levels, with adult fluke found at post-mortem in August. Infection has been seen even in well-managed flocks. It is important not to leave dosing for fluke too late this year.

Lungworm has also been a problem, with all classes of livestock, from spring-born beef calves to lactating dairy cows, affected.

Fluke and lungworm infections can readily be controlled with appropriate health planning and treatment regimes, so contact your local vet to discuss the most suitable dosing for your farm.