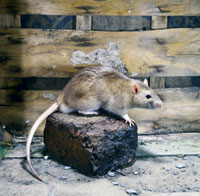 When it comes to being an opportunist there are few animals to equal the rat. While the onset of autumn always draws rat populations onto farm steadings, the increased use of maize and whole-crop forages is acting like a magnet to rats by providing a huge source of easily accessed food and ample shelter during the winter months.

Rat-proofing of the clamps and stores used for these forages is almost impossible, making it easy for a thriving rat population to quickly establish itself in a honeycomb of tunnels deep within the heap. But rats need water and it’s usually their search for moisture that sends them out of the forage leaving the first tell-tale signs that they’ve moved in.

Rats reproduce at an alarming rate when no action is taken, which is why it’s vital at this time of year to be “rat savvy” and to hit them hard with an effective means of control.

A population of more than 1000 rats can quickly develop in farm buildings and forage clamps – and as well as the disease risks posed to the forage clamp they’ve infested, the cost to the farmer in terms of lost feed can be considerable. It’s estimated that a colony of 1500 farm rats could consume almost £3000 worth of feed and forage in a year.

Experts say that two breeding rats could turn into more than 1000 within a year if left unchecked and when a farmer sees two rats it’s likely he has a population of 20-50 on the farm. Rodent controllers believe many farms can easily be supporting a colony of 100 rats even though the farmer is totally unaware that he has any at all.

And when a farmer sees one rat on the farm at this time of year he usually buys a small amount of bait and assumes that will do the job – in actual fact he’s probably got a thriving population of rats and limited baiting won’t be effective. The inevitable outcome is a rapid explosion in rat numbers.


So says Sharon Hughes, rodenticide development manager with BASF. “A small amount of bait used in the wrong location it may only be taken at places where rats are on the move and will fail to provide adequate intakes by the core population.

“Some rats may be living in satellite groups around the farm and while a small amount of bait might kill a localised group, their “pitch” will soon be taken up by other rats moving in from the main group. That’s why it’s essential to fully understand precisely where all the rats are across the entire farm,” says Ms Hughes.

Most rats move around at night. A few rats seen during the day – probably the older or weaker rats – are the “tip of the iceberg” in terms of the level of infestation.

Signs to look for include rat droppings, obvious holes and burrows made in or around anywhere that’s providing shelter or that could be used as runways around the farm, signs of materials being shredded or torn for bedding, damage to any bags of feed and signs of gnawing.

“Even when you’ve not seen a rat, it’s often just enough to see tiny foot prints in muddy patches near farm buildings to tell you there are rats about.”

She advises any farmer seeing even a single rat to call in a professional pest controller or to undertake the tracking-patch system to identify the scale of the problem.

“Ignoring rat control at this time of year can be very costly in terms of lost feed supplies, feeding contaminated forage to cows and increasing the disease risk to humans and animals living close to a colony of rats,” says Ms Hughes.

And farmers have a lot to gain from becoming much more focussed in their approach to rat control. Firstly they need to create a rough plan of the farm buildings and to mark on it the locations where they’ve seen signs of rat activity.

That’s the view of Ewan Bates who has spent a lifetime controlling rats and now undertakes extensive research work for BASF’s rodenticide development.


“It’s a cheap and easy system when a farmer makes use of the simple technique of silver-sand tracking patches. For just a few pounds and a little time it’s possible to see where rats are leaving their tracks and provides a valuable insight into where the rats are on the farm,” says Mr Bates who undertakes rat control at New Crickett Farm, Ellesmere, Shropshire for dairy farmer Eddie Clay.

“On a holding like this 190-cow family dairy farm I’d advise putting out 80-100 tracking patches on the first day. These are simply a couple of large spoonfuls of silver sand, smoothed out and strategically placed around the farm in locations that may well be attracting rats or acting as a runway for rats as they move around.

“It’s possible to put 80-100 patches down in an hour on the first day and to check them and mark up the activity levels in about 40 minutes the next day. It provides essential information in terms of where the rats are and where you should place the bait to get the best results.”

Mr Bates says most farmers can tackle rat control themselves if they place enough bait in the right locations but stresses: “It’s no good putting out bait just where you see the rats.” 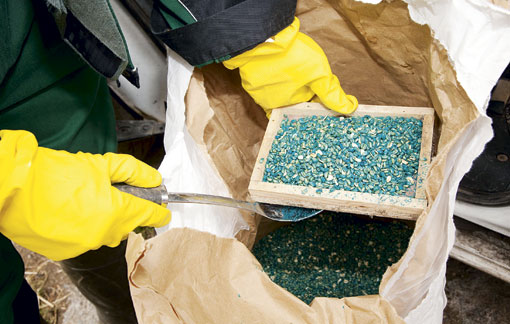 The increased numbers of rats that are over-wintering in the UK – and not being controlled by bait – are leading to high populations still being around in spring.

“It’s probably because rats are thriving inside clamps of maize and whole-crop silages during the winter. Farmers who have these forages but haven’t controlled rats before should be extremely vigilant this year. Even when they haven’t seen rats they’ll probably have them living in these clamps.

“The best strategy is to leave the maize or whole-crop in the clamp for three weeks after it has been harvested. That allows time for rats to move in from the fields. If you start to use bait immediately you may destroy the farm’s residual rat population but will fail to deal with in-coming rats that follow the crop on to the farm.”

Mr Bates says contamination levels can pose a serious risk to stock that is fed forage in which rats are living, breeding and fouling. “Leptospirosis is the number one risk but it’s a very difficult decision for a farmer to ascertain the risks posed to his stock when fed from a clamp he knows has been infested with rats. I would advise caution in those circumstances and to seek advice from a vet.” 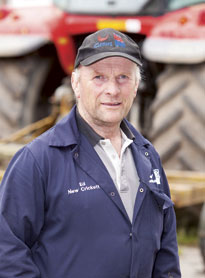 Eddie Clay is milking 190 cows at New Crickett near Ellesmere, Shropshire and carries around 300 head of stock on the farm. Maize and whole-crop forage is an important part of the herd’s winter feeding but about 15 years ago the farm was hit by huge influx of rats.

“It was a major problem. There were rats everywhere. We were putting bait down and it was taking up more and more time trying to keep on top of them – but it wasn’t succeeding,” says Mr Clay.

The farm has a large number of traditional brick-built two-storey buildings which provide an ideal environment for rats – as well as the farm’s clamps of forages.

“We used to see a lot of rats every day, we were almost tripping over them. But since we brought in Ewan Bates we’ve been on top of things. He puts tracking patches down to see where the rats are on the farm and works out where to lay the bait for best for the best results.

“When things were at their worst there was a lot of feed being contaminated but now we never let them get established. It’s not always easy to keep things very tidy on a farm but we try our best to restrict the places can move into.”