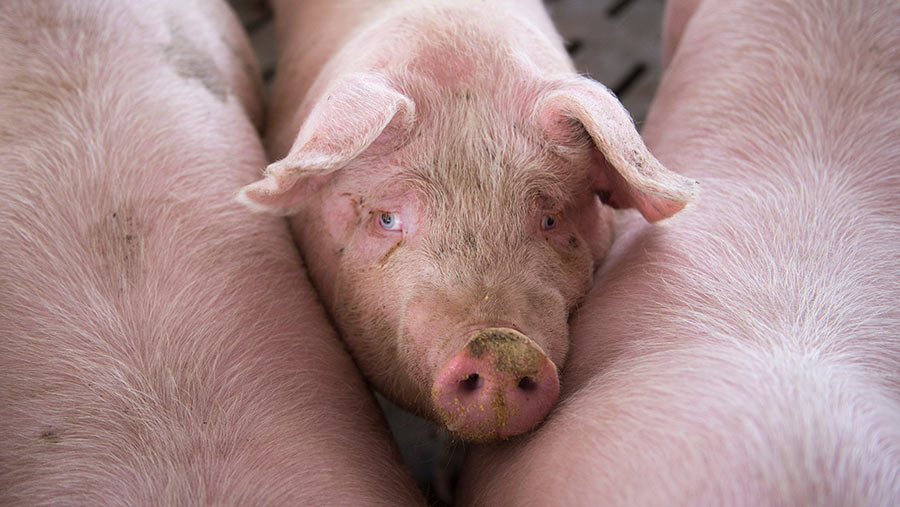 Disturbing footage which appears to show pigs buried alive in China highlights the need for consumers to back British farmers, say livestock producers.

The video, posted by German farmer Bernhard Janssen (@Baue_Bernd59) on Twitter, was widely circulated over the weekend.

Farmers Weekly has tried to verify the footage, which appears to have been recorded as China battled an outbreak of African swine fever (ASF) last autumn.

The video shows live pigs being dropped from a lorry into a deep pit. It is understood the pigs are then covered in earth.

In a tweet to accompany the video, Mr Janssen said: “This is how swine fever is combated in China! Animal welfare? You don’t know [its meaning] there! When the pit is full, it will be filled! But here in Germany farmers are called animal tormentors and polluters!”

The burying of live animals is a breach of the international OIE (World Organisation for Animal Health) standards on the Killing of Animals for Disease Control Purposes.

Animal welfare charity Compassion in World Farming (CIWF) said it had written to the Chinese Ambassador, urging the authorities in Beijing “to halt this cruel killing method as a matter of urgency”.

The letter was sent after CIWF was sent similar footage shot in November and December, which appeared to show the mass burial of live pigs in Putain, in the coastal Fujian Province of China.

“We stand ready to advise any country faced with needing to kill animals in the event of a disease outbreak as to the most humane methods available.”

Farmers in the UK have expressed their outrage after viewing the latest footage.

Somerset farmer James Small shared the video on his Twitter page and tweeted: “I’m so shocked and sickened by it but we cannot ignore what happens elsewhere in the world. #Upset.”

Gloucestershire mixed farmer Jake Freestone described the footage as “appalling” and he called on Defra secretary Michael Gove to ensure that food produced by other countries in this way “doesn’t undermine UK high-welfare produce”.

African swine fever is endemic in sub-Saharan Africa. The disease is spreading across continental Europe, with outbreaks reported last year in Romania, Belgium, Hungary and Russia.

ASF was first detected in China on 3 August last year. Since then, more than 100 cases have been confirmed, resulting in the slaughter of more than 916,000 pigs, China’s ministry of agriculture and rural affairs said.

Despite the spread of ASF to China, the current risk of the disease being introduced to the UK is still considered by Defra to be “medium”.

According to a UK risk assessment, written in November, Defra estimated that there is a 20% chance ASF could reach the UK’s pig population. The cost of an outbreak to the UK could be around £45m, but could rise to £70m, Defra officials have estimated.

African swine fever: how to spot and report the disease

ASF is not the same disease as swine influenza. It does not affect humans.

The signs of ASF are very similar to classical swine fever.

Other signs can include: vomiting, diarrhoea, red or dark skin, particularly on the ears and snout, discharges from the eyes and nose, laboured breathing and coughing, abortions, weakness and unsteady gait.

There are several different strains of ASF.

Pigs infected with mild strains may not become ill or show typical clinical signs. Severe strains of the disease are generally fatal.

African swine fever is a notifiable animal disease. If you suspect it you must report it immediately by calling the Defra Rural Services Helpline on 03000 200 301. In Wales, contact 0300 303 8268. In Scotland contact your local Field Services Office. Failure to do so is an offence.