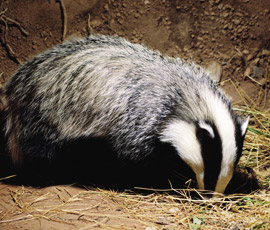 The NFU has hit its target to sign up enough farmers to participate in a pilot badger cull to control bovine tuberculosis in cattle.

NFU vice president Adam Quinney said it had met its targets to sign up 73% of the pilot area in  Gloucestershire  and 75% in a similar zone in Somerset.

“That is a massive achievement,” said Mr Quinney.

“Not just to get farmers to agree to sign up – because there are obvious concerns – but also because when you look at the map it represents 95% of the farmland in those areas.”

There are believed to be about 600 farmers in the two pilot areas, which also include railway lines, rivers, pony paddocks, football pitches and pub gardens.

Paying tribute to everyone helping draw up the cull plan, Mr Quinney said mapping land –  including the location of badger setts – had involved a massive amount of work.

This included NFU staff and others meeting with farming families late into the night.

“People said we couldn’t do it but we did it,” said Mr Quinney.

“But all I would say is that if you get TB in your wildlife that a cull in the future will be a straightforward, simple process.”

The cull aims to show that shooting badgers can be carried out safely, effectively and humanely.

Depending on the outcome of a legal challenge, it will go ahead this autumn.

Have your say on our badger cull forum