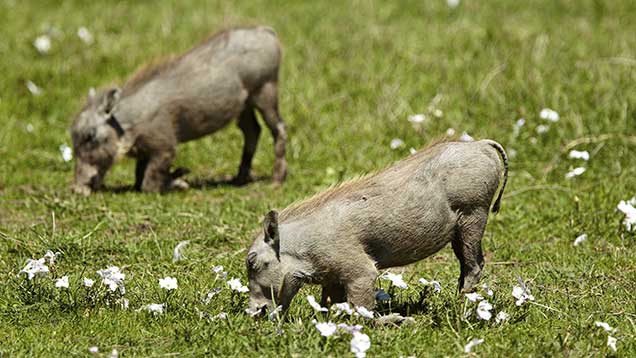 The ground-breaking trial has altered an allele in four commercial bore piglets, creating a first generation of “founder animals” in a bid to exploit the hardiness of African breeds to ASF, a costly virus for which there is no cure.

Researchers at the Roslin Institute and Edinburgh University working with genetics company Genus PIC will then test resilience after breeding the gene through two generations of progeny in the summer of 2017.

The breakthrough could represent a vital alternative to the enforced culling imposed after pig units report the notifiable disease, currently being undertaken in the Baltic states and Russia.

Scientists believe the Rela allele contains three amino acids that are the reason why ASF has no effect on indigenous wild pigs but kills commercial breeds within a week.

Professor Bruce Whitelaw of the Roslin Institute and co-author of the study said the trial was in its embryonic stages and while gene-editing has a bright future, the Rela allele is still only a hypothesis.

“We don’t know whether these animals, once bred, will show ASF symptoms or not,” Professor Whitelaw told Farmers Weekly. He said a market-ready breeding solution could take up to five years.

“In theory we don’t need to go to the third generation, but four bores is not a big enough sample size.”

He predicted that gene-edited animals will be part of the UK food chain in five to 10 years’ time, such are the possibilities presented by the technology.

He explained the three amino acids were in charge of regulating the level of cytokines in the animal.

Professor Whitelaw added: “In early stages of the acute virus, ASF causes a cytokine storm which is what starts the haemorrhagic disease which kills the animal. Commercial pigs such as the Landrace, Large White and Duroc-crosses die of bleeding within a week.

“This is the first time anyone has shown they can use genome editors in this particular way – not only is the mutation being created at a specific place, the mutation is also specific.”