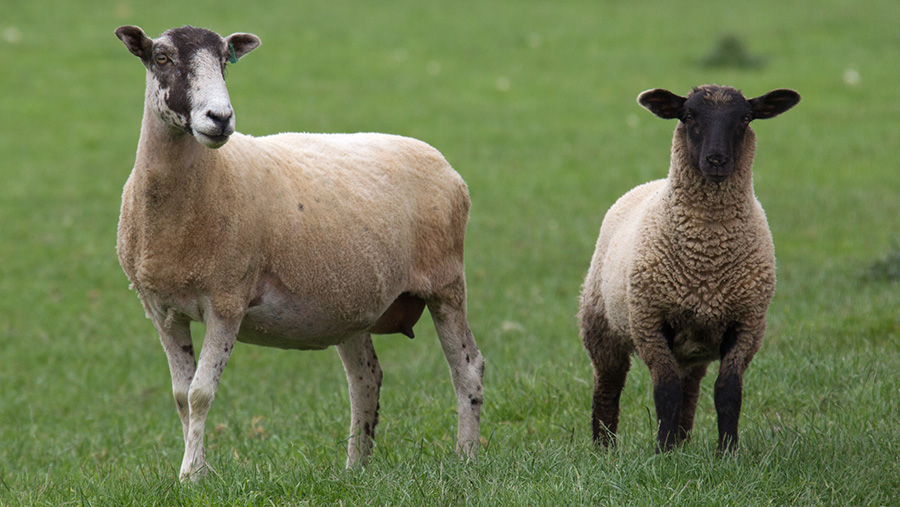 Early weaned lambs can grow as fast – if not – faster than their unweaned equivalents when fed legume-based forages.

Research by New Zealand’s Massey University has found with the right legume-based forages, early weaned lambs can match and exceed the growth of their unweaned equivalents on traditional ryegrass and clover pastures.

Speaking at Beef + Lamb New Zealand’s “Farming for Profit” field days in Canterbury, Paul Kenyon said when growing conditions are tight, ewes compete with their lambs, compromising performance of both.

He says by weaning them on to correctly managed, high-quality, legume-based forages, the lambs are given more opportunity to realise their genetic growth potential.

However, weaned lambs should be allowed unrestricted access to high quality herbage of at least 1,400kgDM/ha.

The benefits of weaning early means ewes can either be sold early – which frees up feed for other stock – or benefit from having more time to recover body condition before mating.

Early weaning can also be a useful management tool.

For example, weaning a proportion of the flock early means some ewes can be used as a grazing-management tool to prepare pastures for when the balance is weaned later.

Early weaning can be particularly useful for hoggets, as they typically lamb later than the mixed-age ewes – but are mated as two-tooths at the same time.

This means that, despite their age, they are required to regain body condition more quickly than the older ewes.

How to wean lambs

Lambs being weaned on to a crop should be given time to adjust to the change in feed. Ideally, running the ewes and lambs on to the crop for a few days before weaning, then running the lambs back on to the crop after weaning, will minimise the weaning check.

When feeding a crop such as lucerne, ensure it is not grazed below 7cm.

In the Massey University trials, researchers were weaning to a minimum weight of 16kgLW, which is what Professor Kenyon recommends.

He says heavier lambs cope best with early weaning, but the quality of the forage on offer is biggest determinant of how lambs will grow post-weaning.

Trials at Massey will now look at the impact of weaning lambs at 14kg – compared with 16kg – and whether early weaning is as beneficial, given abundant feed resources.

They are finished faster and therefore consume less feed post-weaning.

It is easier to breed from heavier ewe lambs as hoggets and there is flexibility to hold them back later if feed resources are limited.