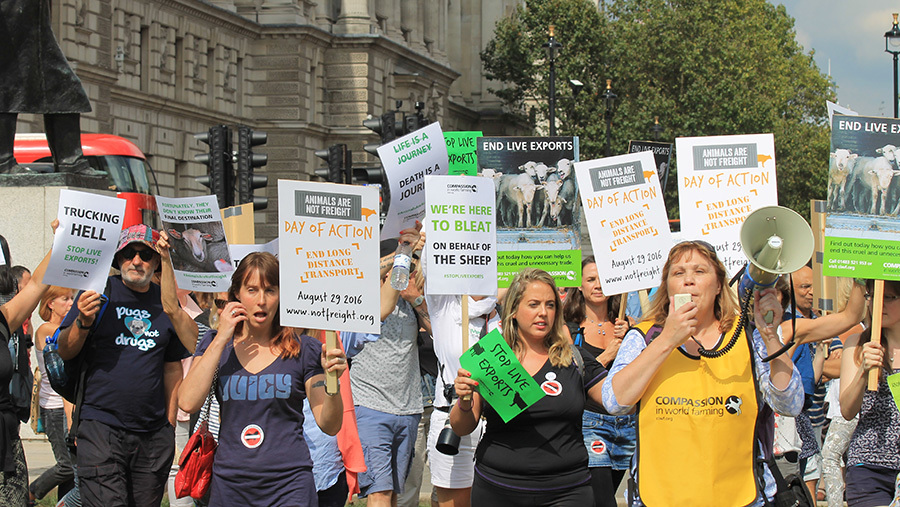 Animal welfare group Compassion in World Farming plans to use Britain’s exit from the EU as an opportunity to push for a ban on the live export of sheep and calves.

Addressing a rally in London on Monday (29 August) – one of many such events help around the world as part of a global day of action – CIWF chief executive Philip Lymbery described the trade as “shameful”.

“We want to reboot momentum to get an end to the long-distance transport of animals,” he said.

“With Brexit and all the talk of ‘taking back control’, we want the British government to take back control of animal welfare and stop this cruel and outdated trade.”

Such an outcome would not be easy, Green MEP Keith Taylor warned the demonstrators.

“The leave vote is not the silver bullet to this campaign. Even without any trade deal with the EU itself, we still have to cope with the [World Trade Organization] rules,” he said.

“We need our government to stand up against those archaic rules and show some leadership.

“It’s about putting pressure on the new government to be true to their claims that they would prefer a trade in meat rather than live animals.” 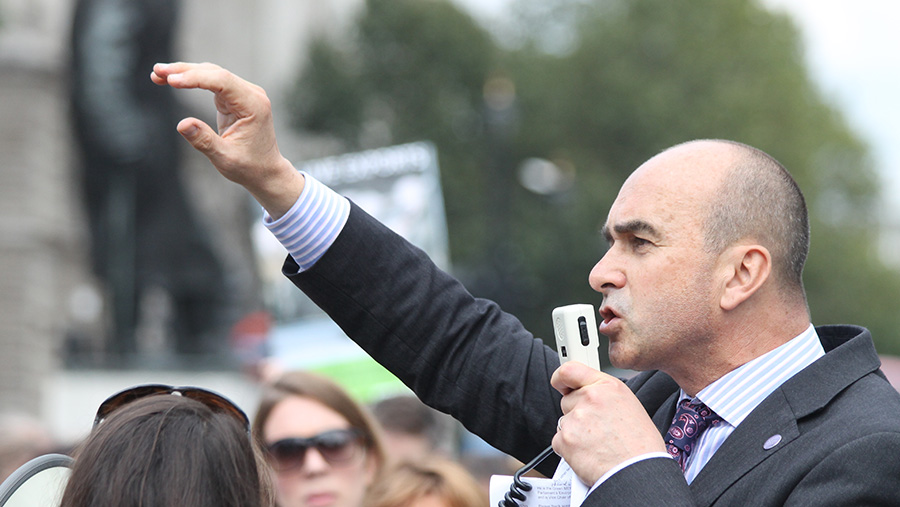 Mr Lymbery suggested a ban would have little economic consequence for farmers, given that the live trade has shrunk so much in recent years.

Speaking to Farmers Weekly from Ashford market in Kent, he said many of the sheep being sold locally would end up being hauled to abattoirs in the Midlands and Welsh borders to be slaughtered, whereas they could make a shorter journey to slaughterhouses in northern France and Belgium.

“There is a big market for sheep in northern Europe, which we could access in just a few hours if the regular ferries could be persuaded to take them,” he said.

“Those animals that are exported have to go on the Joline from Ramsgate – a converted Russian tank carrier that takes up to six hours to make the crossing, rather than 80 minutes on a ferry.”

Being able to send store and fat lambs across the Channel would make a massive difference to farmer returns – “at least £10 a head”, said Mr Langrish.

“Provided these are met, this is a legal trade,” he said.

At its peak in the early 1990s, more than two million animals a year were being shipped.