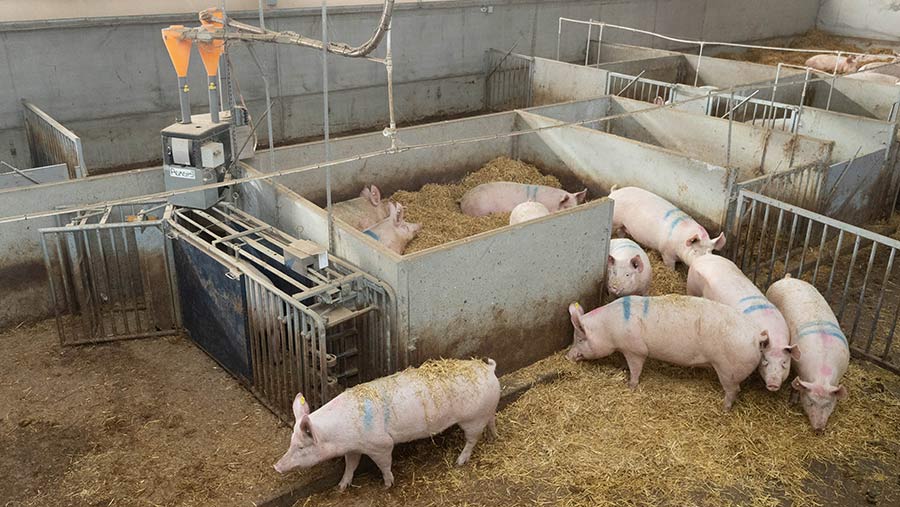 A multimillion-pound pig research unit has been designed to test the commercial value of new technology.

The £11m unit was the brainchild of Leeds University professor Helen Miller. Its aim is to be a “proofing-ground” for new technology in the pig sector.

Prof Miller collaborated with the Centre for Innovation Excellence in Livestock (Ciel), and a grant from Innovate UK helped turn the idea into reality.

See also: Environmental pig permits: Everything you need to comply

The university farm is run entirely on commercial grounds, so the research team can carry out trials in a real-life setting.

This ensures results and findings are entirely relevant for commercial producers.

Initial discussions began in 2015 and the National Pig Centre opened its doors officially in 2019.

Ryan Clarkson, facility platform manager, gave us a tour, starting in the farrowing house, which hosts up to 720 piglets every three weeks. 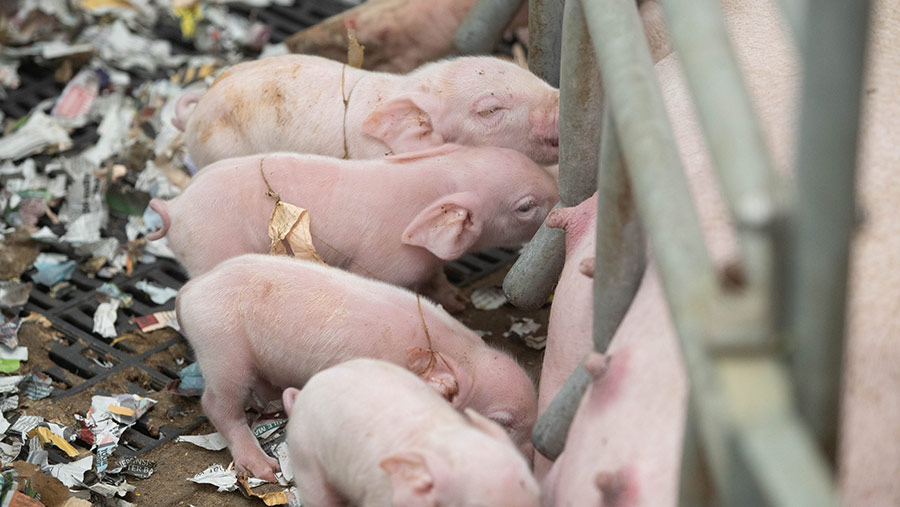 Piglets nursing in one of 120 individual farrowing pens © Tim Scrivener

What is the design specification?

Each sow is fed through an air feed system according to her individual feed curve.

The 2,607sq m nursery building has nine rooms, with a total capacity for 2,160 weaner/grower pigs.

Rooms offer interchangeable pen sizes, so researchers have the option of housing pigs in pens of five, 10 or 20. 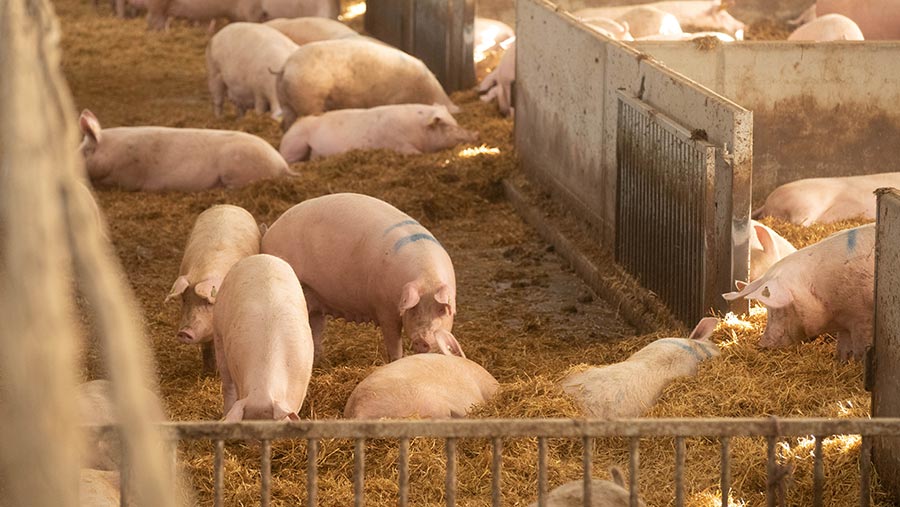 There are 2,880 finisher spaces across four separate buildings. These are fully slatted and can house pigs in groups of 10 or 20.

Again, some rooms have specialist equipment for individual monitoring, and one is equipped with individual slurry pits to allow for comparative analysis.

The 1,732sq m sow unit houses sows and gilts on a straw-based system and feeds individually from electronic sow feeders supplying a choice of six diets or specific blends.

Electronic tagging enables the full tracking of sows and their piglets.

The automated feeding and pig weighing technology spans each stage of production, so the entire life of the pig can be monitored. 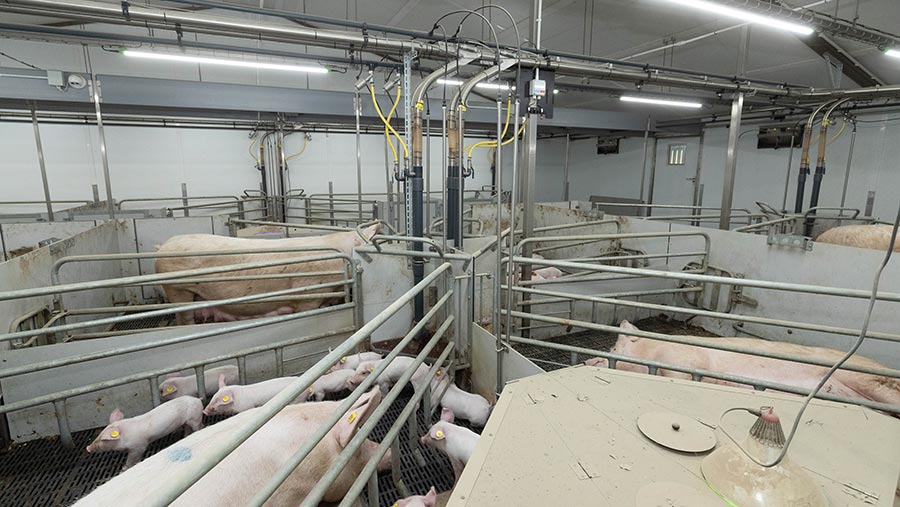 Who designed and built the unit?

AM Warkup designed the buildings, and Hall Construction was responsible for the build.

The collaboration with Ciel brought with it a £4.5m grant from Innovate UK and the university provided the rest. The total came in at about £11m. 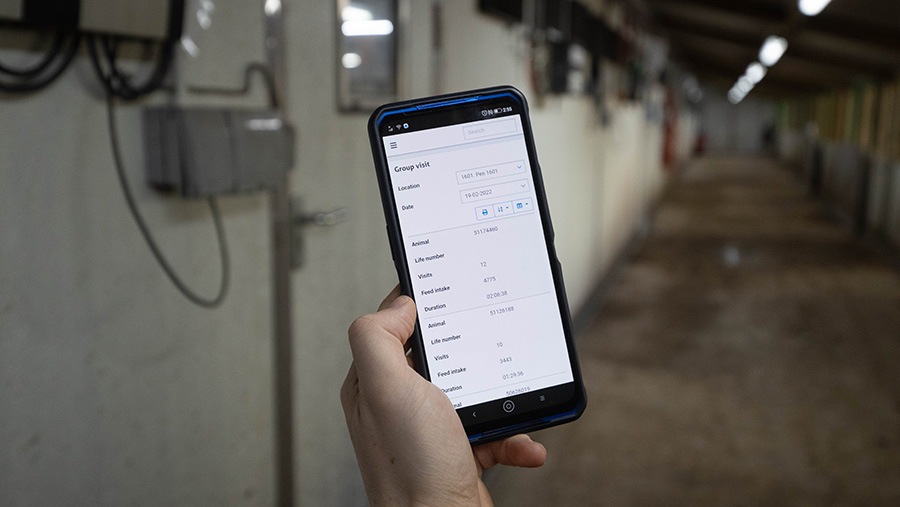 What is your favourite feature and why?

The sow shed, because it has a lot of really beneficial, commercially viable technology.

We have about 440 dams in total and five batches gestating at any one time. Individual tagging means the sows can be kept in one dynamic group.

Every time a sow feeds, a separator on the feeding bank can be triggered to draft her out to a separate area within the shed, if she has been programmed to do so.

This is useful if certain batches are due a routine vaccination or if they need to be moved into the farrowing house, for example.

It is as easy as a click of a button and the rest is done automatically. This is better for the pig, but also for the stockperson, from both a labour and safety perspective. 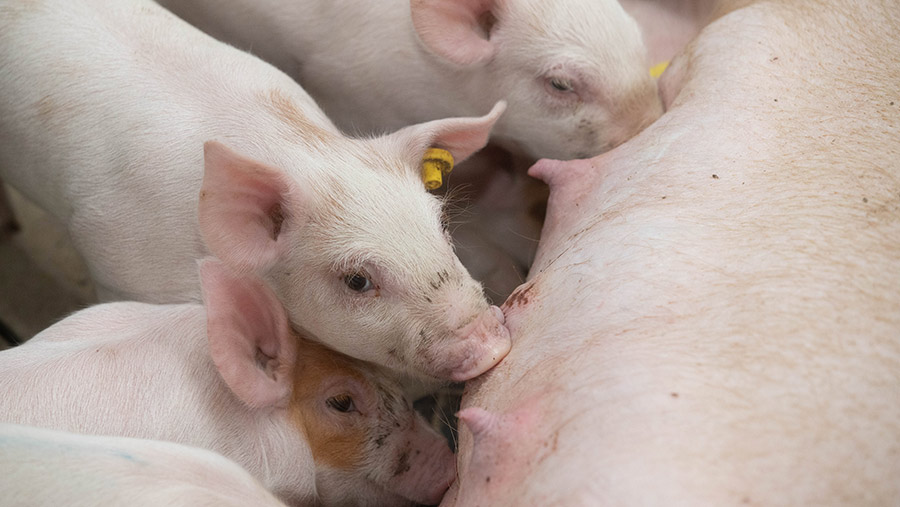 It is even possible to set this to draft out an individual sow if she needs closer monitoring.

The drawbacks of housing sows in a dynamic group are mitigated by the technologies.

For example, competition for feed is negated as sows have free access to feed stations which restrict access while a sow is consuming her daily ration.

The automatic monitoring benefits have been extended to a boar pen, where a device records visits by a sow to a hole in the pen where she can see the boar.

An algorithm monitors how frequently the sow visits, and for how long, and is set up to alert the farm team of three sustained visits to the boar – which has proven to be an accurate indicator that the sow is not in pig.

If she is suspected not to be pregnant, she will be automatically be drafted and integrated within the next service group to reduce empty days.

Feeding diets and curves are also automated, meaning the diet can be tailored accordingly to parity, sow condition and seasonal changes such as temperature. 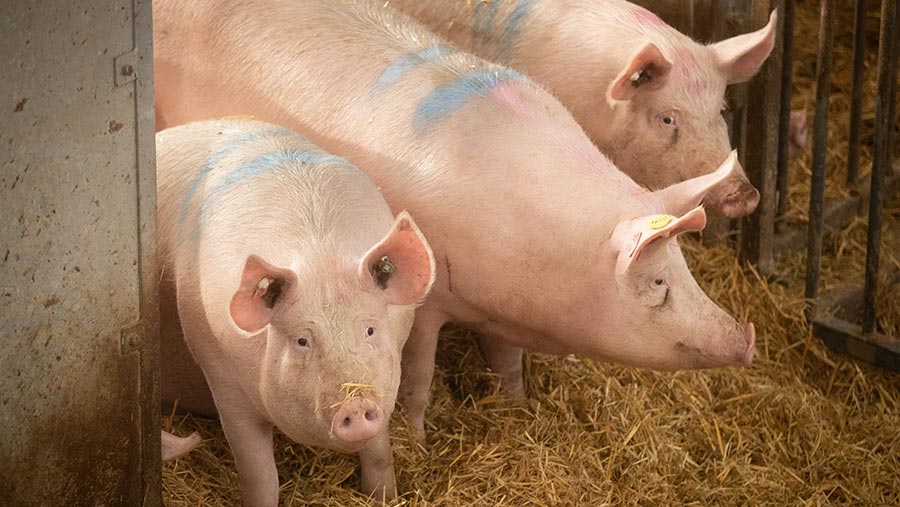 Because of the nature of the unit, we were able to ensure the building design and technology encompassed the “best of the best”, so it is hard to really pinpoint something we would do differently.

However, we would like to introduce and integrate renewable energies. This would also fit in well with our ambitions to understand how pig production can be made as sustainable as possible. 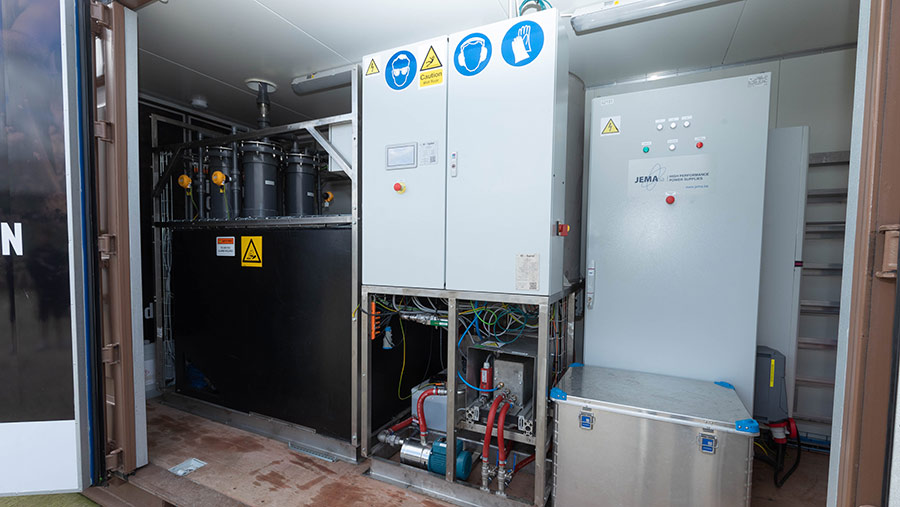 How affordable is an £11m unit for other farmers?

The whole ethos behind the unit is to look at new technology and test its worth as a commercial investment, explains facility platform manager Ryan Clarkson.

As such, the entirety of the unit is unlikely to be affordable for sole producers. However, within the unit, the individual technologies are on a more affordable scale.

Justifying the extent of this technology is something the research team is continuing to look at.

Technologies of interest within the unit include: