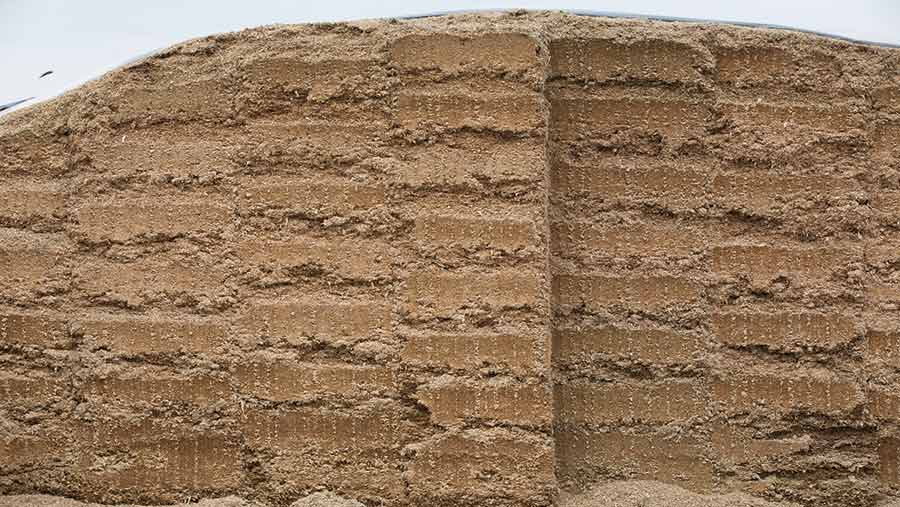 Well-balanced cow diets should allow similar milk production from forage this winter, despite signs first- and second-cut silages will not perform as well as in 2015.

In total, 3,441 first-cut and 1,309 second-cut silage samples have been analysed by Trouw Nutrition GB.

However, it says averages tell only part of the story.

“There is a considerable range in results and of concern is the fact that only 7.8% of samples received are more than 11.5 ME, compared with 13% last year, meaning fewer farmers have made high-quality silage this year,” says Tom Goatman, ruminant specialist at Trouw Nutrition GB.

Despite cooler, wet weather and a “slow get away” after delayed first cuts, second silage cuts have generally analysed well.

It says first impressions on the back of first- and second-cut results are that grass silages will not perform as well as in 2015 on an ME basis.

However, it is a different picture when Dynamic Energy (DyNE) – a new parameter of Trouw Nutrition’s NutriOpt dairy model – is considered, it says.

Trouw Nutrition claims its DyNE measurement, which indicates the total amount of net energy available for the dairy cow in milk production, is a more accurate alternative to ME, a measurement of the gross input of energy before digestion.

DyNE is calculated by analysing the nutrients (volatile fatty acids, fatty acids, glucose and amino acids) formed when feed is broken down in the rumen, and absorbed in the small and large intestines.

Despite lower ME values than in 2015, DyNE is higher in this year’s first and second cuts, meaning grass silages will perform better than expected, it says.

However, on a DyNE basis, 10kg DM would support the production of an extra litre of milk.

“With ME you could be looking at increased supplementation levels, but with Dynamic Energy you may not have to supplement to the same levels,” Mr Goatman told a press briefing at Trouw Nutrition GB HQ in Ashbourne, Derbyshire.

“If you are supplementing unnecessarily, you could negatively affect rumen health.”

Trouw Nutrition GB says this could be achieved by including more wheat and less maize, which is more slowly fermented.

Alternatively, farmers could increase the inclusion of wholecrop in the diet, which it says will complement lower RFC grass silages.