A top price of 22,000gns was the highlight of a great weekend’s trading (29-30 June) at Worcester’s national sale for performance-recorded Charollais males and females.

Leading the sale was Ffrwd Top Notch from Dewi Evans, Anglesey, which was jointly purchased by Dave Roberts, Shropshire, and Jonathan and Janet Corbett, Gloucestershire.

Marketed as being outside day and night since the first week of January, Top Notch is by the 4,000gns Edstaston Sotogranade – which was sold at Worcester last year – and is out of a home-bred ewe. 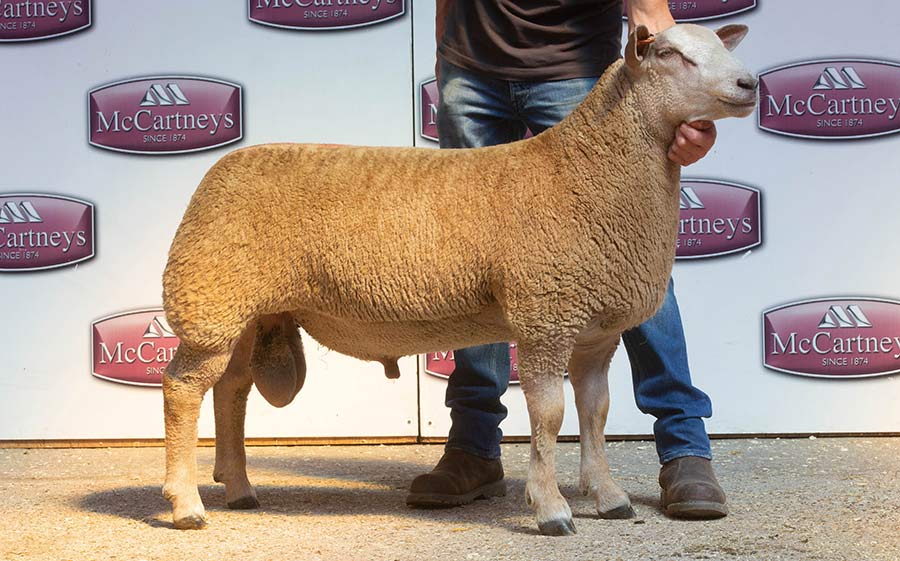 The Ingrams, Aberdeen, were next at 9,500gns for ram lamb Loanhead Trademark, which was knocked down to Kenny and Sheila Malcomson, Northern Ireland. He is by Hollylodge Supreme and out of a home-bred ewe.

Trademark clinched the overall championship at the breed’s premier show and boasts an EBV of +358.  His brother Titan made 2,400gns soon after. 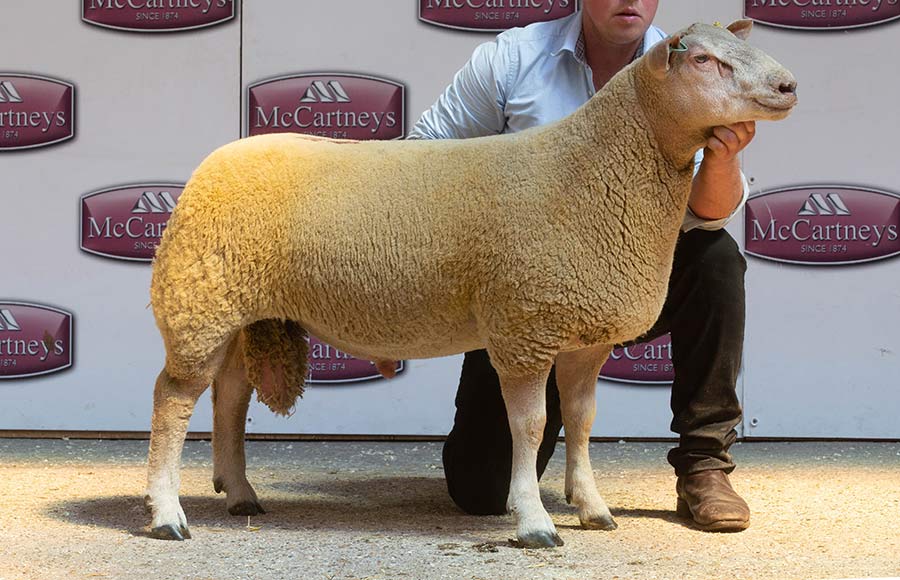 The Ingrams’ journey down from Aberdeenshire was made worthwhile by a 9,500gns bid for Loanhead Trademark

Then at 6,200gns was Ffrwd Tyrone, a brother of the trade topper, capping a dominant day for Mr Evans’ Ffrwd flock. He sold to a Welsh collective of Adrian Davies, Justin Evans, Tim Pritchard and David Curran. 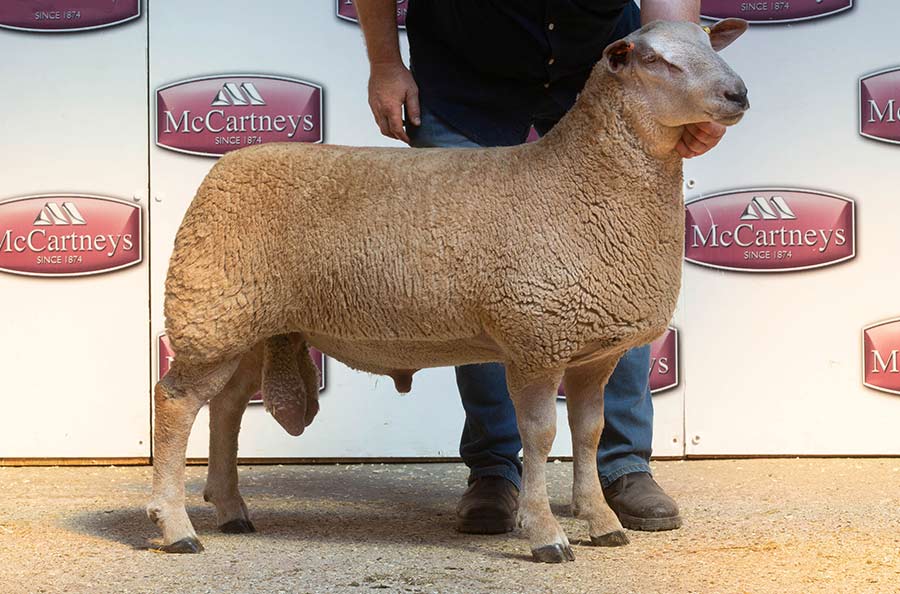 Another from Dewi Evans made a good price. This time is was Ffrwd Tyrone, going to a Welsh share

Tempranillo, who is in the top 10% of the breed with a 386 EBV, was knocked down to Edward Buckley and Jim Jeffrey, Republic of Ireland. 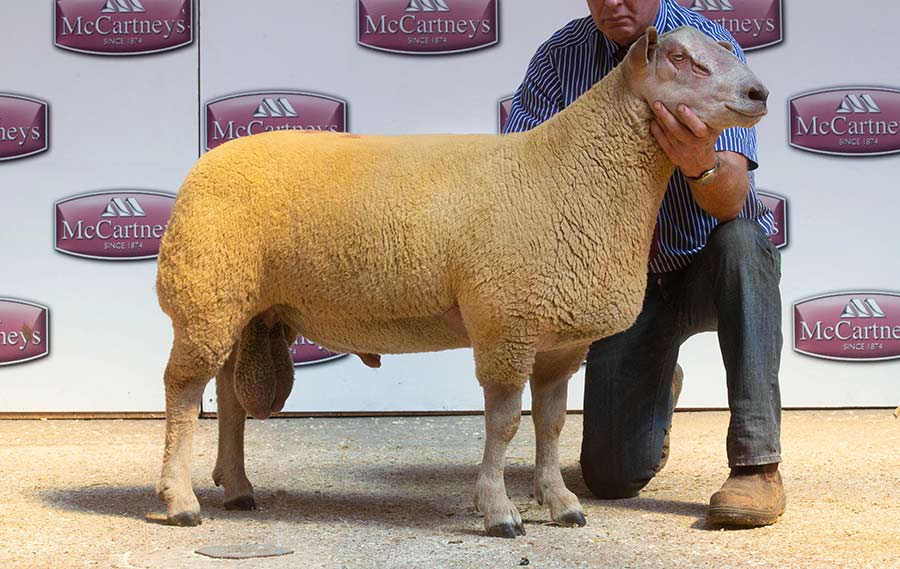 Edstaston Tempranillo, a son of last year’s record breaking Knockin Shockin, was one of two lots to make 5,800gns

Matching this was the muscular Dalby Tuilagi from Charles Sercombe’s Leicestershire-based flock, which headed home with the Ingrams. 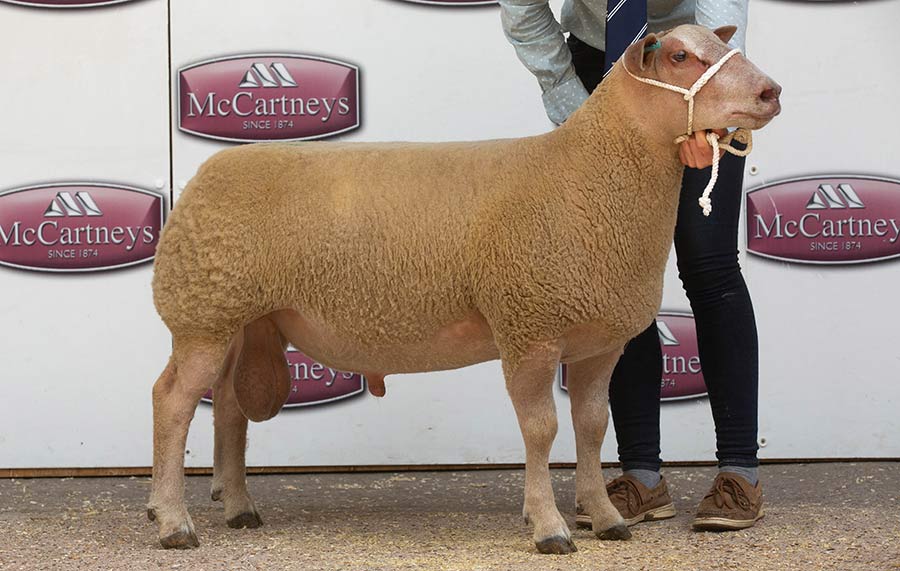 He is in the top 1% of the recorded breed and in the top 1% for muscle and 5% for growth. Tuilagi is home-bred on both sides, being by Dalby Ranieri.