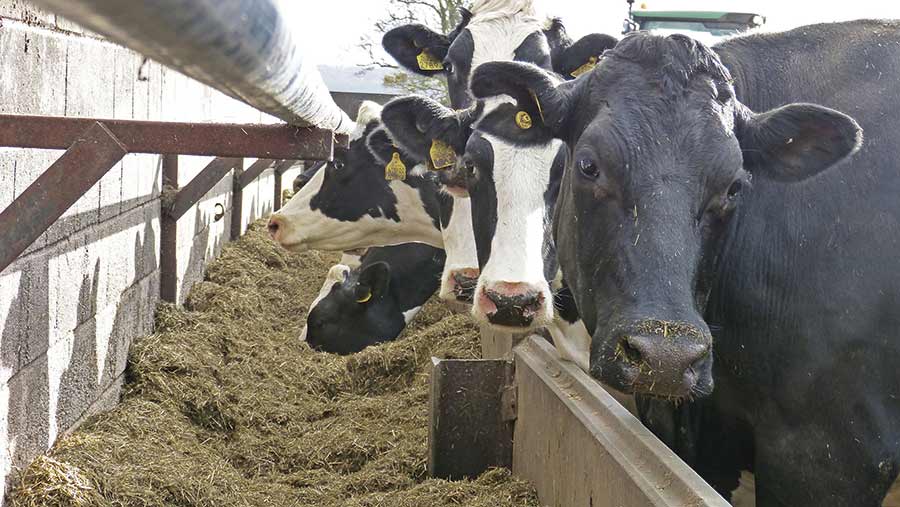 Pregnancy rates were averaging 18% for the year-round calving herd at Thorncliffe Grange, Emley, when farmer Andrew Parker signed up to Genus RMS.

This soon took pregnancy rates to 20%, but attention to detail – including adding a fresh cow group – has been the key to steadily lifting this 5% further in the past four years.

“I started using RMS because I was short of staff and the extra information about the herd proved to be a real bonus,” explains Mr Parker, who needs a level calving pattern for his contract with Buckley’s Dairy. 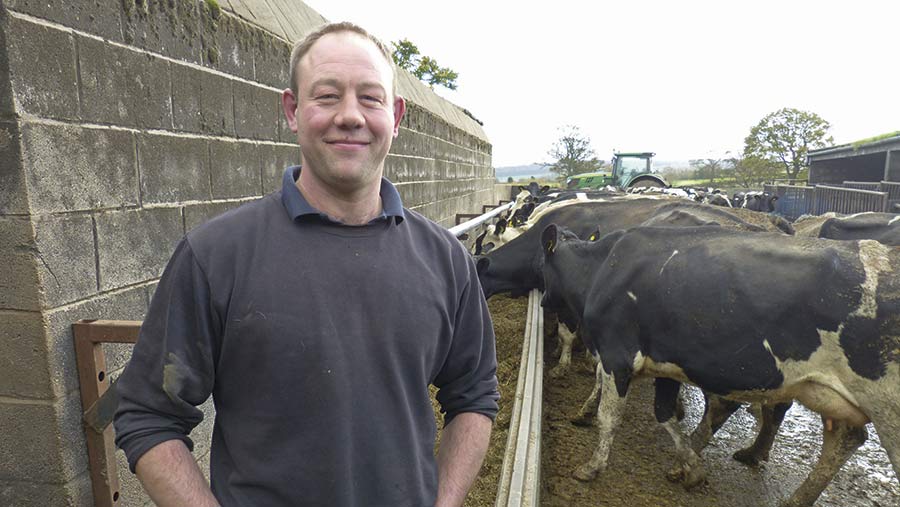 Mr Parker says the data uncovered some problems and resulted in practical suggestions from the Genus team on how to improve fertility.

“We were previously very seasonal in our conception rates. We had periods of very good pregnancy rates and then periods at 13-15%,” admits Mr Parker.

“Now I know I need five cows calving each week and if there aren’t at least 10 cows in calf at each pregnancy diagnosis, we have gone astray.”

These targets are now used to highlight problems, he adds.

Some of the fertility success is also down to the fact Mr Parker made a concerted effort to feed cows well despite a milk price drop that saw him receiving 16p/litre in 2016. This kept cows in good condition and ensured they were transitioning well.

How establishing a fresh cow group has helped

All cows are fed in feed troughs at Thorncliffe Grange, meaning time is saved on pushing up feed. However, competition at the trough was suspected to be holding back some cows, which is why Mr Parker started a fresh cow group and increased trough space.

“The fresh cow group was started five years ago when we started to address trough space in 2015 to lift dry matter intakes [DMIs],” he explains.

Cows enter the fresh cow group after calving and leave once they have reached 21 days in milk (DIM).

Trough space has doubled across the farm, leaving the milking group with 60cm of trough space, and transition cows (dry and fresh) with 75cm.

The results have been pleasing, according to Huw Lloyd, Genus ABS technical services director, who says the farm’s average days to first AI is 61, with a voluntary waiting period of 42 days in milk for the past four years.

“Maximising DMI through improved access to a balanced diet can reduce the risk of metabolic disease,” explains Dr Lloyd. “Importantly, this allows cows to meet lactation metabolic demands and has positive reproductive benefits such as improving first AI conception rate.”

“Good feet and legs are important too,” explains Mr Parker. “We are not trying to breed anything too extreme, just an easy-to-manage Holstein.”

About 80% of artificial inseminations are now genomic, with the main herd receiving four conventional semen services to Holstein bulls, after which British Blue straws are used.

Up until recently, three black and white services before beef straws was the approach, but this was changed to four following an unfortunate Neospora outbreak, which resulted in the farm needing more heifers.

Meanwhile, heifers are transported to a nearby rearing site at five to six months old and are housed in buildings with self-locking yokes. After two inseminations to sexed semen they run with an easy-calving Limousin bull before returning to Thorncliffe Grange to calve down at 23-25 months old.

Any cows that have been missed or not seen bulling are inspected to see if a corpus luteum is present.

Estrumate and an ov-synch programme is used after a 50-day voluntary waiting period, which is overseen by Donladson’s Vets during fortnightly visits.

Subclinical ketosis cases get a three-day propylene glycol treatment, while clinical cases get five days of treatment. This routine was adopted after a run of ten sets of twins in eight weeks, which put pressure on transition health.

Generally, transition cow problems are fairly minimal, with metritis cases at around 1-2%. In two years on the farm, vet Matt Smith has only seen a couple of LDAs and milk fever has been no issue.