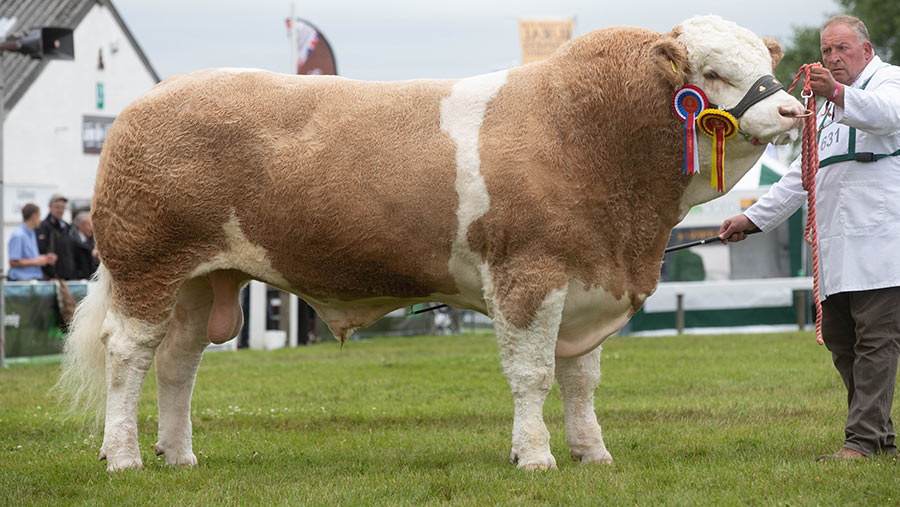 A fiercely-competed supreme beef championship climaxed with a momentous win for the Heathbrow Simmental herd at the Great Yorkshire Show yesterday (9 July).

Heathbrow Important was tapped out by judge Peter Donger of the Seawell Charolais herd, Towcester, Northamptonshire, who noted the animal’s “tremendous growth and character”.

Mr Donger said the animal had excellent locomotion, adding that he was not too extreme and a great example of the breed.

Important is by senior stock bull Heathbrow Grand Slam and is out of the Celtic Comet daughter, Heathbrow Sarah’s Elegance. He was shown by Paul Walker and Brenda Hyde for breeders David and Lesley Sapsed, Hitchin, Hertfordshire.

During the show, the Sapseds revealed that Important had recently been sold to the Blackford herd of Anne Macpherson, Croy, Inverness, for an undisclosed fee, and will be shown at next year’s Royal Highland Show under his new ownership.

Back home in Hertfordshire, the Sapseds have a 40-cow herd and have been developing commercial polled cattle genetics since 1998.

This success is the second time in as many years the breed has claimed the prestigious championship. In 2017, the Popes herd of Jimmy and Vicky Wood, Dutton, Preston, won the red ticket with a cow-and-calf outfit. 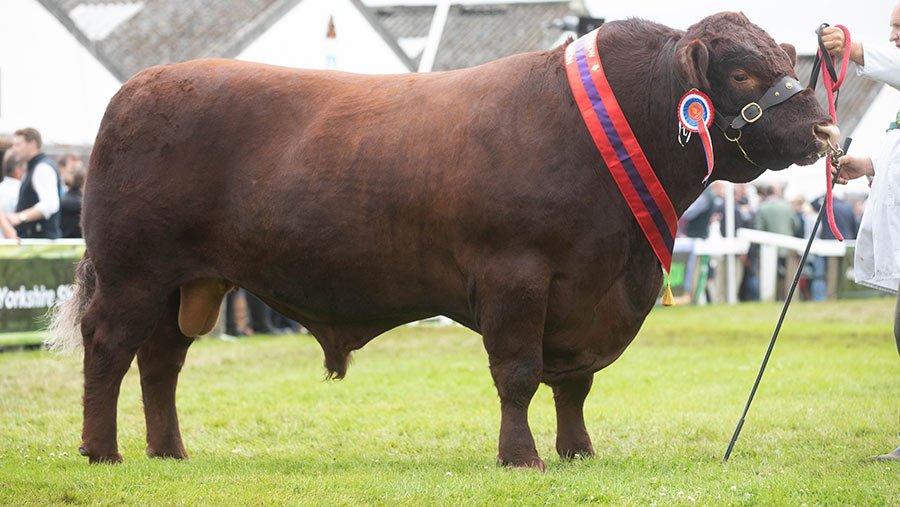 The interbreed reserve ticket was snapped up by Foulness Ultra from the Mawer family, Woodall Spa, Lincolnshire, who returned to Harrogate to claim the Lincoln Red breed championship for a consecutive year.

Ultra continues a rich vein of form this summer, adding to breed championships wins at the Royal Norfolk Show and the Lincolnshire Show.

Bred by Chris Page, Brough, East Yorkshire, Ultra is by St Fort Rolex and is now up for private sale after being used across the 18-head pedigree herd of the Mawers near Lincoln.