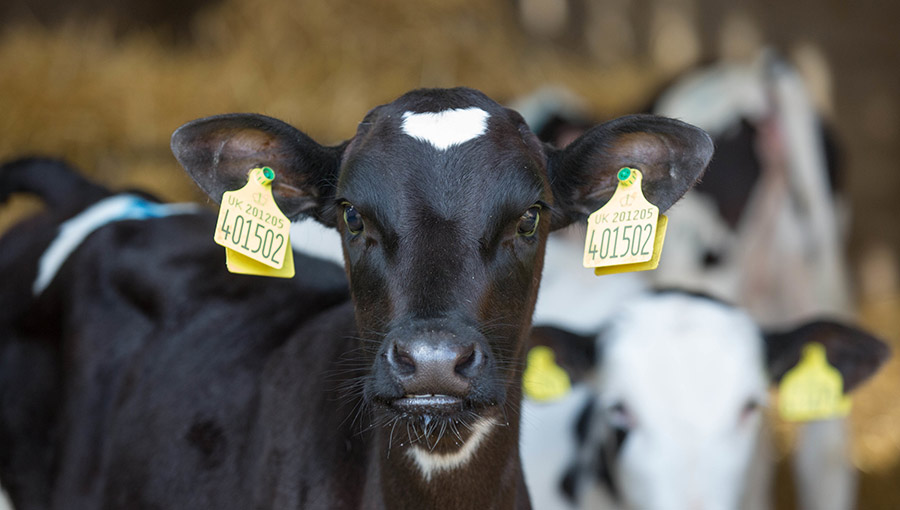 Dairy farmers Michael and Shirley Bateman have slashed €8,000 (£7,028) off their calf-rearing bill by weaning calves off milk at six weeks of age.

Michael Bateman first saw the rearing system successfully working on a trip to Missouri in 2016 and left the farm there thinking ‘do I need to think again?’

They rear around 200 replacements each year and aim to hit a weaning weight of around 85kg at three months when heifers go to a contract rearer.

“These heifers are our next generation. They’re expensive to rear and it’s important that it’s done right and they calve early to increase genetic gain in the herd,” Mr Bateman said.

“Research shows if you’re 20kg behind at bulling weight, you lose 20kg milk solids every lactation.”

They have implemented the new calf-rearing system for the past two years.

The new system sees calves given an ad-lib concentrate ration from day one and weaned off milk at around 35 to 40 days old.

Calves are eating around 1kg of ration at four weeks and up to 3-3.5kg when they reach their weaning weight of 85-90kg at around 100 days old.

The results and finances

“My calves are definitely healthier in the last two years than they have been,” says Mr Bateman. Calves weighed an average of 205kg on 10 October 2018, which is 8kg heavier than previous years.

The target weight is 200kg before they are housed in early November and the new system has resulted in fewer calves being behind this target.

The farm’s heifer fertility rates are “as good as they have ever been”, with 92% of 2017-born heifers in-calf after six weeks.

“I’m not putting it down to the new system but it is as good as we have done before,” Mr Bateman said.

The new system has allowed the Batemans to save €40 a head when compared with the old system, based on a milk price of 40 cents/litre and ration price of 34 cents/kg:

Mr Bateman says his overall heifer-rearing cost is now €1,100 from birth to calving including everything except the price of the calf.