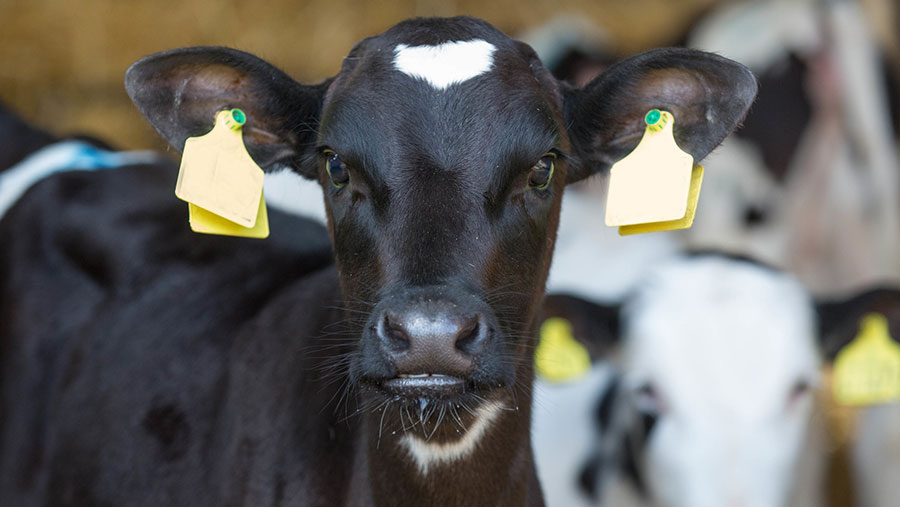 Heifer rearing is one of the most important jobs on the farm because they are the future of your herd.

However, if you haven’t got the time, resource or facilities, it may be necessary to get a specialised rearer to do the job for you.

This can concentrate your time spent on the milking cows, but there are some key things to consider first.

We speak to John Crimes, a dairy consultant at Cymru Agricultural and Rural Advice (Cara Wales), to find out what farmers need to consider if they employ dedicated heifers rearers.

Drawing up a contract

When outsourcing heifer rearing to a third party it is important to have a contract in place that sets out the needs of both parties.

The contract doesn’t have to be complicated and can be as detailed or brief as you like, but to ensure both the dairy farmer and heifer rearer are clear on what is expected and the costs it should contain the following details as a minimum:

A rearer typically pays for all forage, bedding, concentrates, emergency veterinary treatment and medication and the labour associated with TB testing and artificial insemination (AI) service.

If you attach £100 to the cost of rearing the calf on the home farm before it is sent off to be reared, the owner gets an in-calf heifer for about £1,000, not including semen and vaccines.

Charges are typically made a head a day, but some agreements include a bonus if heifers are in-calf by a certain age.

Other agreements use weight as a measurement for payment. You should set some parameters if using this, as you may end up with fat and heavy little heifers – which is far from the ideal.

The rearer may also buy the calves and sell them back to the owner at the agreed age, weight and stage of production.

• Have to have trust in the heifer rearer
• A poor job could impact the health of the replacements and herd fertility
• An additional cost.

Two former dairy farmers say the monthly income they receive for rearing 160 heifers on contract is good for managing cashflow.

Brothers Iwan and Huw Davies and their parents were producing milk until they sold the herd 20 years ago to concentrate on developing their on-farm caravan park at Blaenwaun Farm near Cardigan. 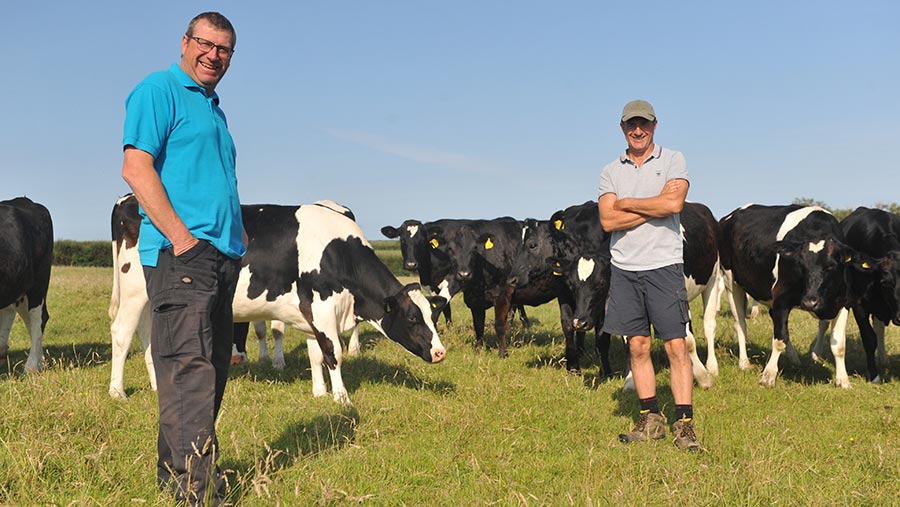 They initially bought organic store cattle to fatten, but the cashflow from this enterprise was challenging.

The opportunity then came to rear heifers for a friend who runs a large-scale dairy enterprise with spring- and autumn-calving herds.

The heifers arrive at Blaenwaun Farm when they are between four and six months old and leave up to two months before they calve at two years old.

The Davies currently have 160 New Zealand Friesians but can accommodate up to 200.

There is a flat-rate daily payment per head, paid monthly. If there are mortalities, the Davies don’t receive a payment for that animal for that month and they have to pay for disposal of the animal.

“It is like having a small milk cheque every month,’’ says Iwan.

To maximise financial return from the agreement, the aim is to get as much weight gain as possible from grass.

“If we can get them up to target weight on grass and don’t have to put in any concentrates it makes the job better financially,’’ says Iwan.

Heifers graze grass until October. They are set stocked and no concentrates are offered at grass. In October they graze stubble turnips until they are housed in early November. They receive silage only at housing but the younger animals, four- to five-month-olds, get some rolled barley to assist with their growth.

Insemination starts in mid-November and a technician is hired to do this.

As the rearers, the Davies are responsible for the cost of feed, parasite treatments and emergency vet treatment and medications while the owner pays for all other costs including insemination.

Target bulling weight is 280kg but having two groups of heifers is beneficial for the very small number of animals that don’t achieve that, as they can join the other group. A selection of animals is weighed when they are gathered for routine jobs such as worming.

Iwan says the heifer rearing enterprise is a good balance with the family’s other business commitments.

“When they are housed in the winter and need more attention we have more time, but when they are at grass in the summer it is mostly a case of checking them every morning.’’

There is no written agreement with the owner – everything is done on trust, says Iwan.

“We are friends who have known each other for years but we have reared for others in the past and had written agreements with them.’’