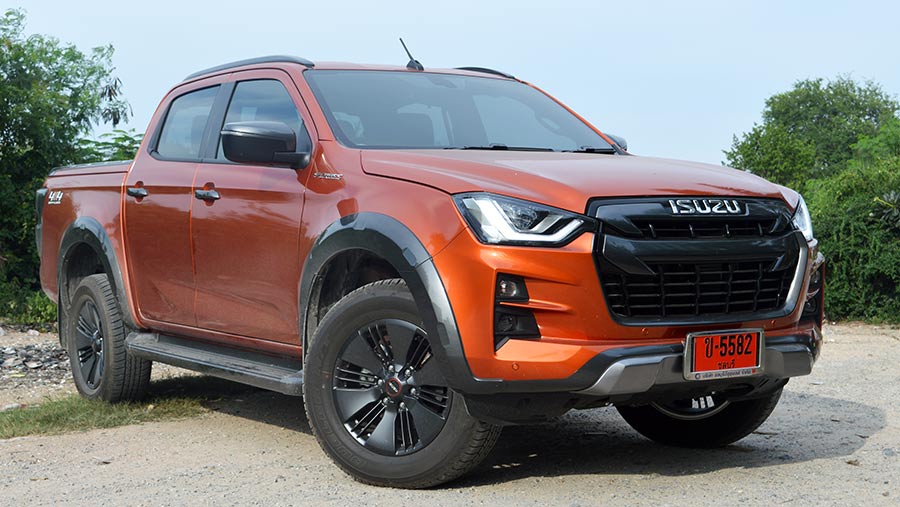 Isuzu has given its popular D-Max pickup a ground-up restyle with lofty promises of a far superior ride, cutting-edge technology and the return of a rear diff-lock.

The company’s roots in the agricultural industry hark back to the Trooper of the 1980s, and apart from a blip involving injectors when the 3.0-litre was introduced, Isuzu has had a relatively trouble-free history.

However, the area where it has always trailed the competition is in comfort, refinement and technology.

To address this, Isuzu has teamed up with Mazda, and the two Japanese manufacturers have collaborated on this restyled pickup truck with the ultimate aim of broadening its appeal to lifestyle types as well as farmers.

Isuzu makes its intentions clear from the outset.

The D-Max sports new body panels all round and, with its larger, boxier grille and thinner U-shaped LED headlights and LEDs incorporated into the rear tailgate, presents a more aggressive and powerful appearance.

The chassis is completely new and weighs about 80kg less than the outgoing model. This has been achieved by using an aluminium propshaft and higher-tensile steel plates (980MPa), increasing chassis rigidity by 20%. 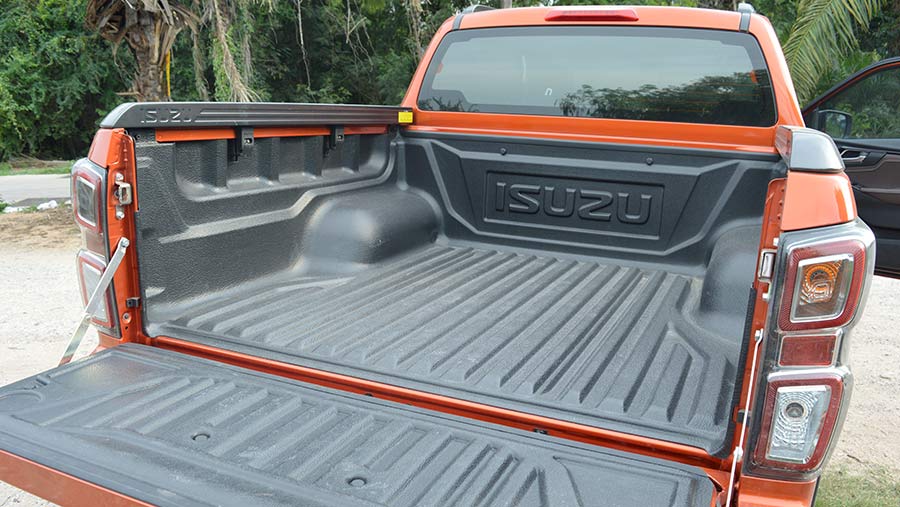 We don’t have the European specs yet but it is unlikely that Isuzu will downgrade from the current one-tonne payload and joint class-leading 3.5t towing capacity.

The load area is exactly the same width (1,530mm) as the current model, although it is slightly deeper (490mm) and longer (1,495mm – although this is still one of the shortest in the segment).

The ride height is slightly higher than the previous model (up to 240mm of ground clearance) which provides great all-round vision but, surprisingly, it feels more responsive and connected to the road.

The steering wheel is smaller and turning requires less effort, and there is relatively little body roll going into the corners.

The interior is impressive and quirky in equal measure. The designers have used hexagonal boxouts for the 9-inch touchscreen display on high-end models and air-conditioning controls, and there’s a nice mix of different grades of leather.

There are also safety features such as rear cross-traffic alert, blind-spot monitoring, brake assist and hill descent control, although it lacks autonomous braking. 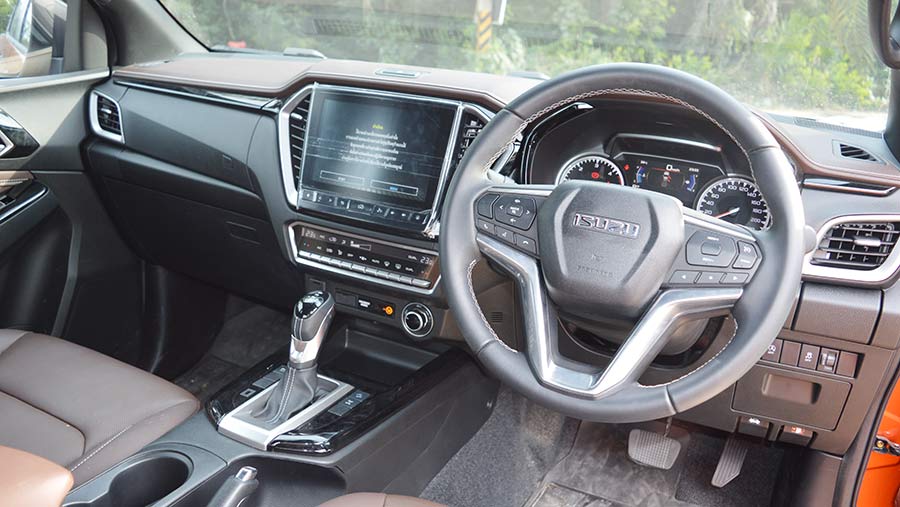 One thing carried forward is the abundance of storage spaces and there’s a huge rear window which provides great visibility when manoeuvring around those tight yards.

While the rest of the world enjoys the choice of a 1.9- or 3.0-litre engine, European markets are confined to the 1.9-litre engine, thanks to some of the most stringent emissions standards on the planet.

However, we found that the torque cuts in earlier and, as European markets miss out on the colossal 3.0-litre unit, its likely Isuzu will uprate the performance of the 1.9.

While official test data is yet to be released, Isuzu is confident that fuel economy will be “among the best in the sector”, although AdBlue has had to be introduced.

There is the choice between a 6-speed manual and an all-new 6-speed RevTronic automatic transmission.

Isuzu has introduced an electromagnetic diff-lock (the diff-lock has been absent from Isuzus since 2012) and the shift-on-the-fly system makes it quicker now to switch between 2WD and 4WD.

The wading depth has increased to 800mm – equal top of the class with the Ford Ranger.

The step-up in performance is pretty impressive. The D-Max goes from trailing the pack to leading the non-premium (that is, everyone except the X-Class and Amarok) one-tonne segment.

This is thanks to a huge reduction in NVH (noise, vibration and harshness) levels and the more seamless gear changes on both the manual and automatic transmissions.

As Mitsubishi has found with the L200, bringing a vehicle into Europe is getting tougher these days because of the emissions standards.

Isuzu UK says the new D-Max will arrive into UK dealerships around September 2020 as vehicles must go for additional testing and homologation.