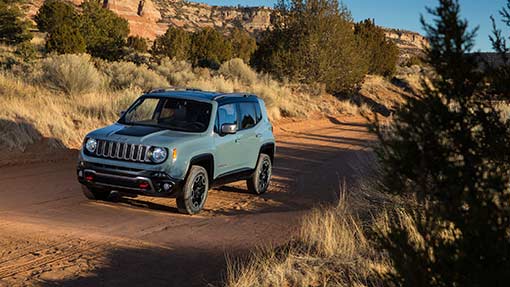 Jeep has revealed a new, mini four-wheel drive that is due to be launched next year.

Buyers will have the choice of seven different four-cylinder power units up front, which drive through either a nine-speed automatic transmission or more workaday six-speed manual.

The 4×4 system has plenty in common with the big Cherokee, including a 20:1 crawl ratio. The rear axle can be disengaged to improve fuel economy, too, and re-engaged when more grip is needed.

It will also have Jeep’s terrain response system, which allows drivers to specify the type of surface the car is travelling on to adjust settings accordingly.