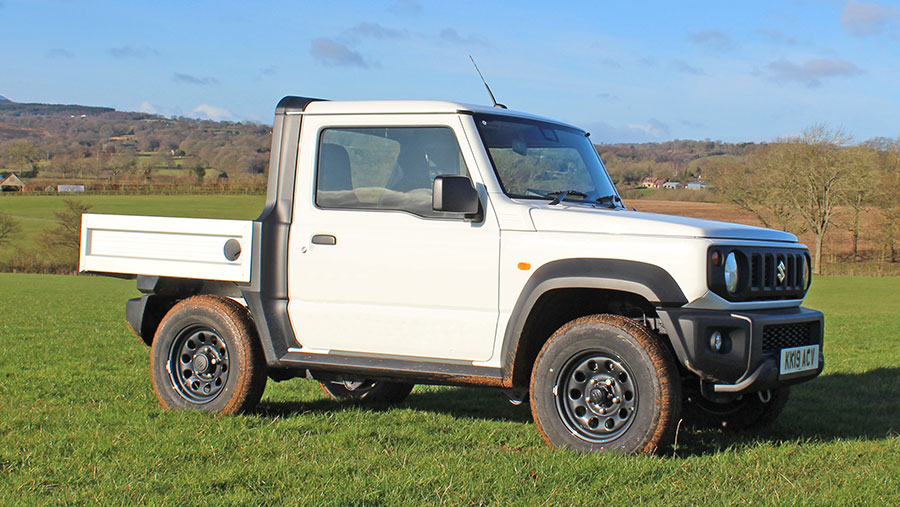 Scores of second-hand Suzuki Jimnys have been converted to UTV-rivalling compact pickup trucks, but a Shropshire firm is now offering to modify brand-new models.

Dave Johnson of Suzuki Jimny Pickups started turning these compact off-roaders into pickups in 2017, and having converted more than 50 used cars, he has completed the first of his new “boxy” models.

But the engine size has crept to 1.5 litres and power is now 100hp, rather than the old model’s 86hp.

It’s slightly wider and shorter than before, but the finished conversions offer a little more legroom and a load bed that is 80mm wider. Braked towing capacity is still 1.3t.

Like Mr Johnson’s previous conversions, this uses a factory-manufactured kit from Austria. He is the sole distributor and installer of these in the UK, so it’s only possible get hold of one through him.

As before, the fitting process involves slicing off the rear of the cabin before bonding and riveting the new steel cabin back in place.

On the old model, this had additional roll over protection in place, but the new car’s strengthening structures are further forward, so this isn’t necessary.

Once this work is complete, the junction between old and new is covered by a moulded plastic trim that gives it a factory look.

The original bumper and rear lights are kept in place, so there is minimal disturbance to the wiring.

At the rear, an aluminium pickup bed is bolted directly to the chassis. This has a full-width drop-down tailgate, but it isn’t available as a tipper.

This is largely because the fuel filler has been integrated into it so that it stays at the same height as it did on the original car. 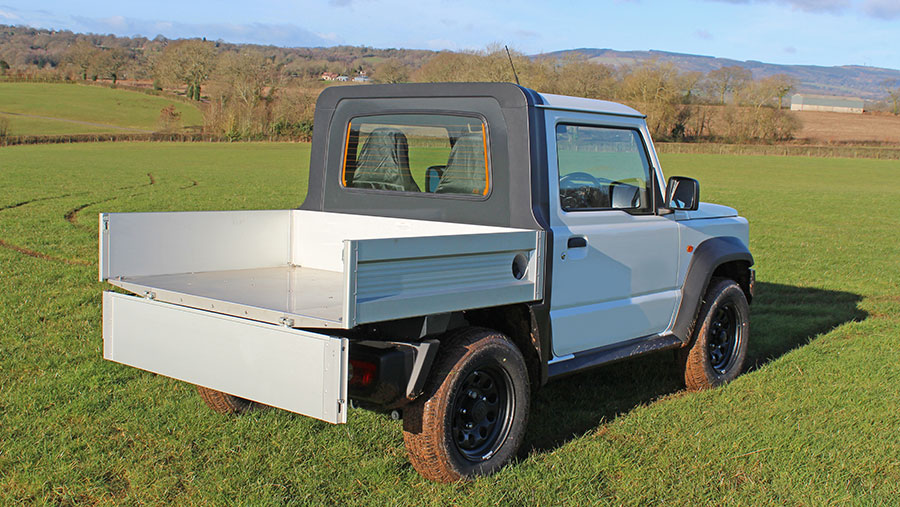 The only other modification to the stock vehicle is a 2.5cm suspension lift that involves replacing the standard springs. This allows a decent set of mud terrain tyres to be fitted.

But for those that want bigger booties, Mr Johnson offers a 7.6cm lift.

This is a far more involved job requiring the shocks, suspension arms, Panhard rods and bump stops to be changed, as well as adding stainless steel brake pipe extensions.

However, this allows a set of 29×10 R15 flotation tyres to be fitted, which gives it roughly the same footprint as a John Deere Gator, without limiting the top speed.

Huge 31×15.5 R15 tyres can also be accommodated with this setup, but these are apparently appalling on the road and should only really be used for fieldwork. 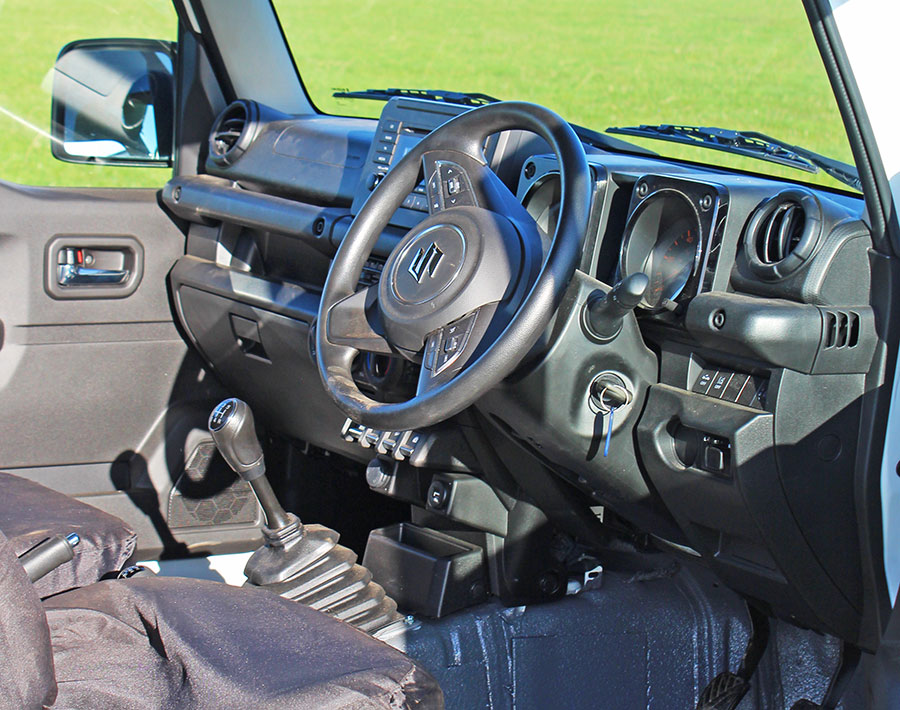 So once VAT has been claimed back, these can prove more cost-effective to convert than some low-mileage second-hand models.

Hard to get hold of

However, because the 1.5-litre petrol engine has a relatively high carbon dioxide output, Suzuki is being forced to stop selling the new Jimny by 2021.

This means there is a significant waiting list and some dealers are capitalising on that fact by asking as much as £25,000 for nearly new models.

There is some hope that the model will be bought into the UK under N1 commercial status, although Suzuki is yet to give final confirmation.

If it does happen, it would actually benefit farmers, as the vehicle could be insured on a farm policy, rather than a separate car policy.