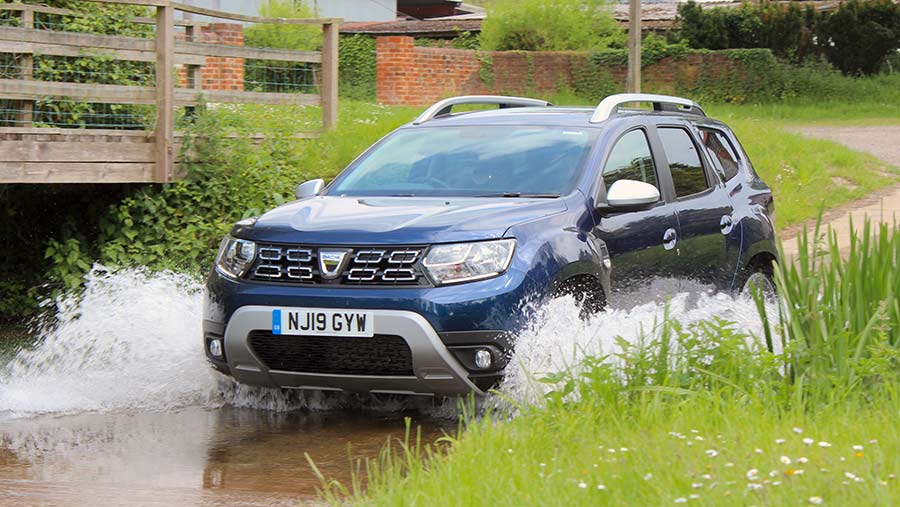 There are certain sacrifices to be made if you want a sparkling new car on the cheap and they usually involve slack performance, low-grade interiors and unremarkable looks.

The lure of a reasonable warranty is often enough to convince penny-pinching buyers to fork out, but Dacia has decided to deal with a few of the other negatives in the process of redesigning its latest 4x4s.

Audi, BMW and Volvo owners may scoff, but these cars cost less than many second-handers and low expectations provide the perfect opportunity to overdeliver.

For the Romanian-built Duster, it has meant a lurch up-market – prospective owners can now expect stacks of toys, half-decent interior materials and a pretty comfortable drive if they decide to stretch to something with a reasonable specification.

But don’t despair. If you’re a devoted coin counter, the firm still offers utilitarian models with the bare necessities, steel wheels, wind-up rear windows and standard-issue white paint that start at just £9,995 – almost half the near-£20,000 asking price of our test model.

As the Romanian subsidiary of Renault, the Dacia has access to a shedload of old components used to build previous-generation Clios and the like – an efficient recycling process that plays its part in keeping costs down.

It brings more torque to the party and, surprisingly, economical fuel use, too. We achieved 56.1mpg during our mixed 100-mile driving route, which comfortably trumps the combined figure provided by Dacia (48.7mpg).

It was particularly frugal on the motorway section, where it hit 57.3mpg at a near-70mph average.

Admittedly, speed is not its forte – 62mph comes in a pedestrian 12.1secs – but it’s fast enough. If you want a quicker Duster then the two-wheel driver is your kiddie – it’ll hit the same speed in 10.5secs.

Hard driving reveals another minor shortcoming in the form of turbo lag, though it is all but eliminated if engine revs are kept north of 2,000rpm.

Things stay reasonably calm in the cabin, though the road can cause a bit of noise at higher speeds and the engine is audible.

The better-spec models all come with the same uncomplicated six-speed manual gearbox. First gear is short, which is handy for towing, but makes gear shifts more frequent than usual.

Pulling away in second is usually fine and drivers will also find themselves mooching around in sixth gear at just 40mph. If you prefer an automatic, you’ll have to look elsewhere – sadly it doesn’t feature on Dacia’s menu.

All of the engine variants can be paired to a four-wheel-drive outfit, which is controlled by a dial near the handbrake.

For the most part, it can be left in two-wheel power for peak fuel consumption, but there is an auto mode that might be handy for occasionally greasy surfaces.

This automatically engages the other wheels when necessary, but drivers can twizzle the rotary knob to “lock” for permanent power to all four. 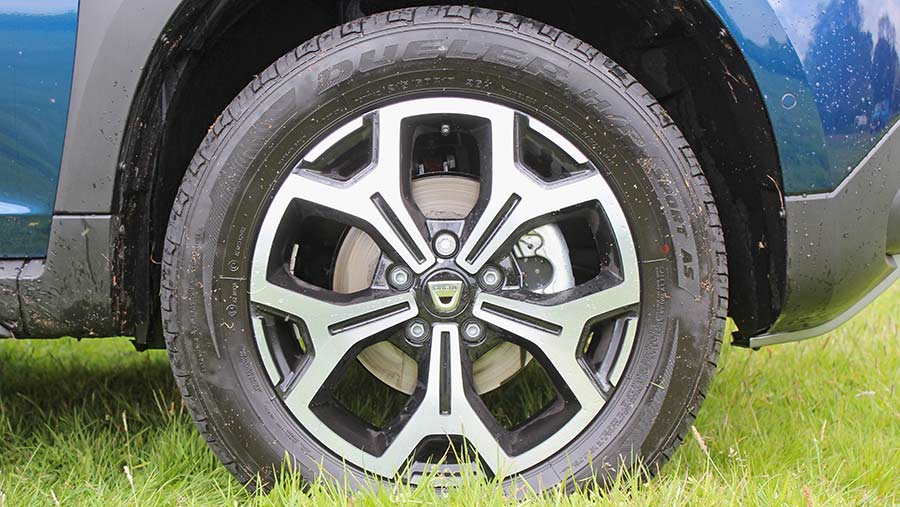 The soft suspension is tuned to a decent middle ground that limits too much sway around fast corners but has the cushioning to soak up bumps and potholes.

It means that the ride is generally unfussy and the electric power steering provides seriously-light wheel turning for in-town manoeuvres. If anything, it could do with a little more weight at higher speeds.

More expensive specs also include hill start assist and a descent control system. A tow bar isn’t part of the package, but you can have one fitted for £250.

One might expect the interior to be Lada Niva standard, but Dacia has improved mightily on the roughly finished first generation launched in 2012.

That sort of tech chat might send buyers looking for outright simplicity into a hot flush, so the firm offers four spec levels – Access, Essential, Comfort and Prestige. 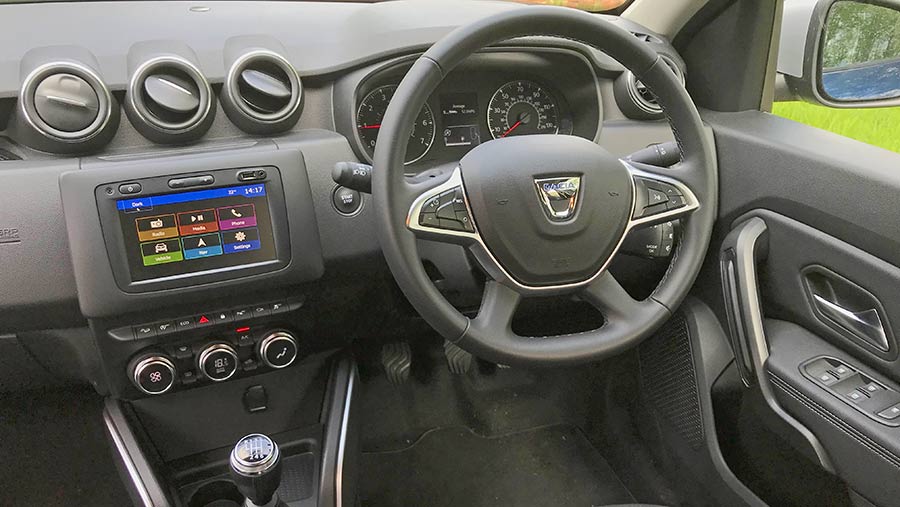 The most basic gets steel wheels, five seats and little else. Climb one rung and body coloured bumpers and air-con are involved – this, we reckon, is probably the best balance of price and kit.

Comfort-grade models get a rear parking camera and sensors, electric windows all round and a 7in touchscreen with satnav that can run Apple Car Play and Android Auto.

We had the Prestige model, which aims to seduce buyers of the Duster’s premium rivals with everything you could need (and probably some things you don’t) – multi-view camera, climate control, keyless entry and blindspot warning, to name a few.

The interior finish is generally solid and refuses to squeak when bashed around off-road, with slightly rough textures that are plenty tough enough. Of course, anyone looking for faults will find them, but they’re not particularly obvious.

Dacia has demonstrated enviable discipline in keeping costs down and managing the expectations of would-be customers.

The upshot is that the car wholly overdelivers and is easily a match for vehicles costing 50% more.

It’s no longer a second-string transport option, though the obvious (and significant) reason to sway towards a premium brand is the safety rating – the Duster scored a disappointing three out of five in the European New Car Assessment Programme’s scoring system. 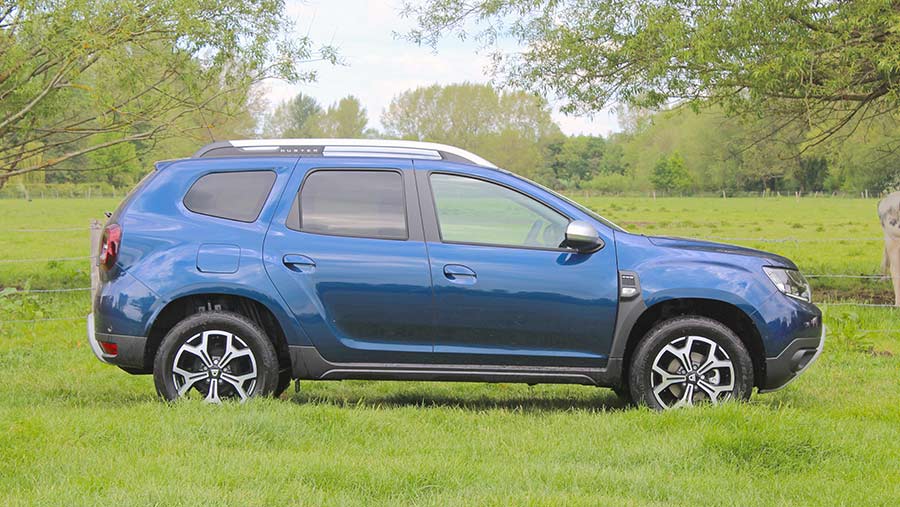 Low-priced versions come with a pretty barren spec sheet, but for many looking for a basic runaround, they will suffice. Four-wheel-drive versions tend to add about £2,000 to the list price.

If you’re planning to put a few miles on the clock, then we’d opt for the Efficient spec.