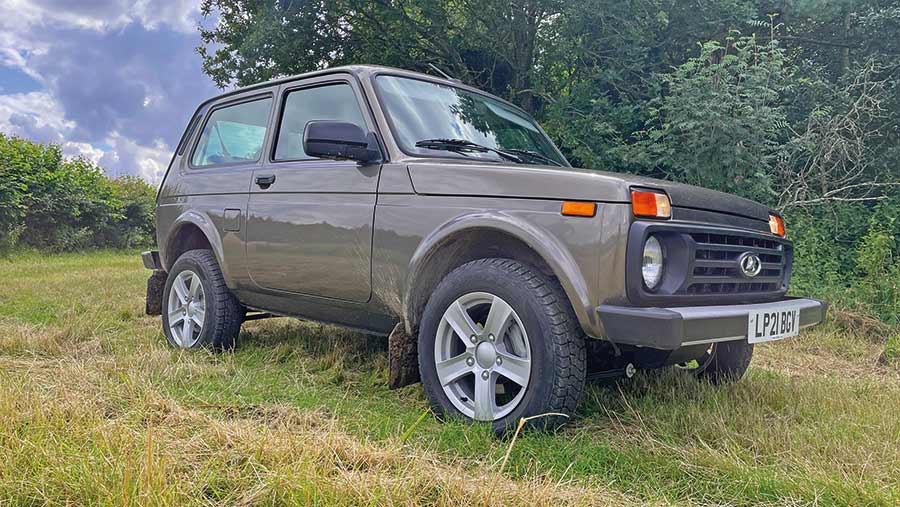 Maligned for its wheezing engines, crummy build quality and brick-like styling, the Lada brand never managed to elevate itself from joke status in the UK.

Yet over the 20-odd years its cars were available to buy here, more than 300,000 examples managed to find homes.

This chirpy little off-roader was designed to traverse the deserts of Kazakhstan and snow fields of Siberia, and transport a family of four plus luggage in relative comfort.

Picture a crude communist-spec Suzuki Jimny and you won’t be far off.

The UK received its first left-hand drive Nivas in 1978, right-hand drive models arrived in 1990 and the last official sales were made in 1997, after tightening emissions regulations brought things to a halt.

It amassed a loyal group of followers during that time and, as a result, there’s still strong demand for good second-hand examples – particularly among hardcore off-roader types.

Since official sales channels dried up, it has been possible to get hold of limited numbers of left-hand drive versions through importer Mark Key of Lada 4×4 UK.

However, with Niva production due to end in December 2023 – when it will be replaced with a rebadged Dacia Duster – there’s only a limited amount of time remaining to buy one.

To find out if it’s worth considering, we got one of the mid-spec Luxe models out on test.

Extras that set this apart from the Base version include alloy wheels, air conditioning, electric windows and heated seats.

Better than you’d think. The Fiat derived 1.7-litre naturally aspirated petrol engine is quick off the mark and surprisingly nippy at speeds of up to 50mph.

It’s relatively quiet too, body roll is acceptable, and the ride is comfortable in a sort of bouncy, boat-like way.

Start pushing it toward the national speed limit and its meagre 85hp and 130Nm torque begins to show – when 60mph does eventually come, the engine buzzes away noisily at 3,000rpm. 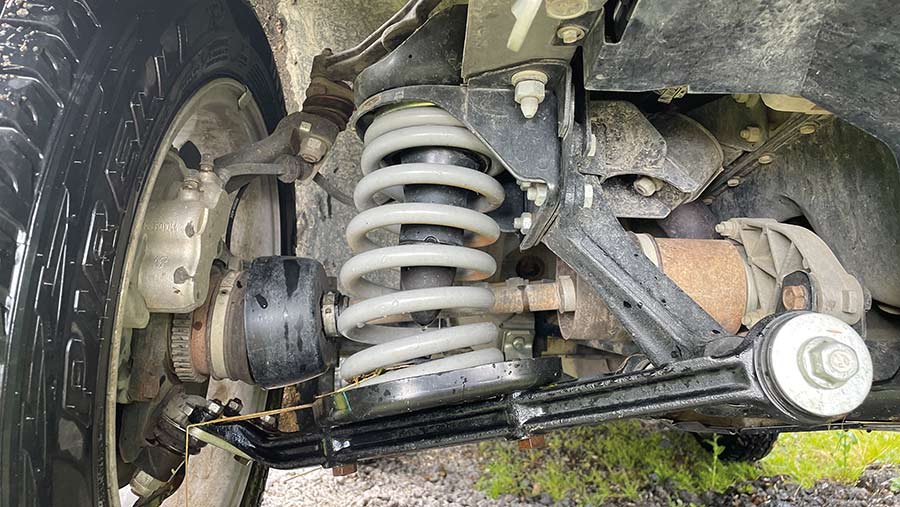 Top speed is apparently 90mph, but it would take a committed driver and a decent tail wind to make it.

The left-hand driving position will be a deal breaker for some and, for those willing to look past this, there are some slightly odd ergonomics to contend with.

These include a bus-like steering wheel rake that can’t be adjusted and a gear lever mounted somewhere over by the passenger’s knee.

For anyone that doesn’t have chimp-like limbs, a little shimmy out of the seat is required to slot it into fifth.

Is it badly built?

Basic it might be, but bad it is not. Doors slam with a reassuring clunk, panel gaps are neat, and even the interior – although made from cheap materials – is well put together. 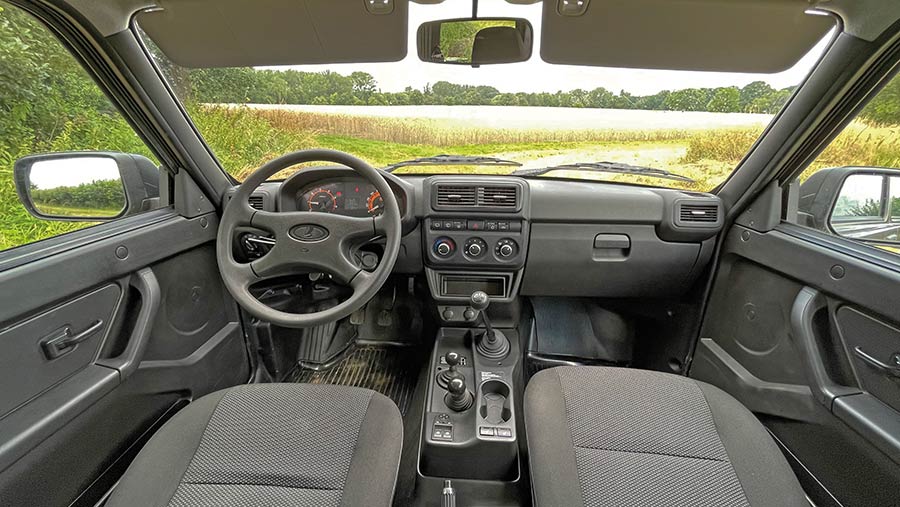 A recent update has brought in a new dash with decent switch gear, likely borrowed from parent company Renault.

However, doors are still unlocked manually with a key and the tailgate is released using a none-too-convenient lever behind the driver. Who needs central locking?

Seats are relatively comfortable and there’s just enough space for a couple of adults to sit in the rear without stealing boot space.

This is where it scores over the Jimny, which has precious little room for luggage with the rear seats up.

There’s no forgetting its communist lineage though, as the aroma of budget Eastern-bloc rubber with undertones of unburnt petrol gently percolate through the cabin on a warm day. 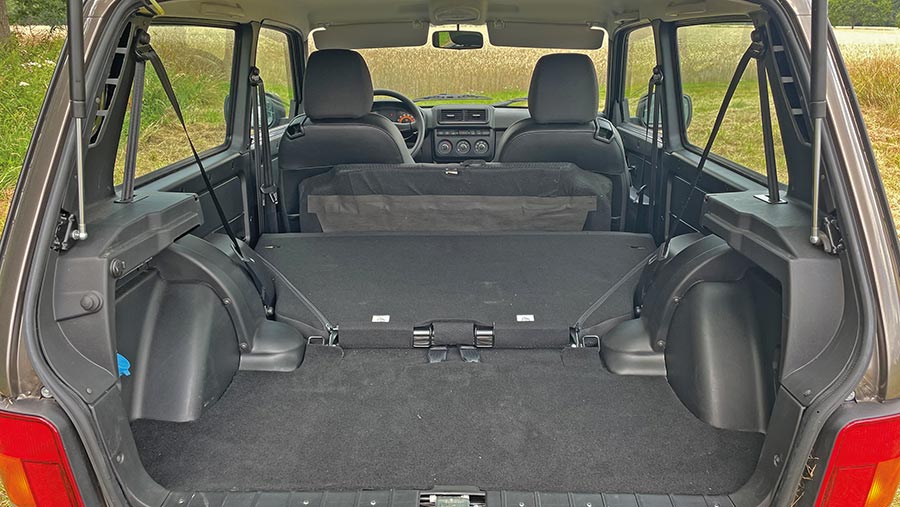 How does it perform off-road?

Off-road is where the Niva really starts to make sense. Its compact proportions echo those of the Suzuki Jimny, it weighs just 1.2t and is fitted with a proper permanent four-wheel-drive system like a Land Rover Defender.

Also, just like the Defender, it has a high/low transfer box with a locking centre diff and coil springs on all four corners – at the front, there’s even a fancy independent wishbone setup in place of a conventional axle.

This does an admirable job of ironing out the bumps, allowing comfortable, speedy cruising on rough tracks and lumpy headlands.

Add in some impressive axle articulation plus good approach and departure angles and you’ve got a vehicle that will go just about anywhere.

Why would you have one?

Think of the Niva as a replacement for a pickup, Land Rover or family SUV and it doesn’t quite stack up. It’s left-hand drive, not that great on the road, lacks modern safety features and it can only tow a tonne.

However, consider it as hybrid between a Land Rover and a UTV and it starts to look more appealing.

It makes an excellent farm runaround that’s capable of carting feed to stock on a hillside and then cruising into town to collect supplies.

It’s also cheaper than most UTVs, more comfortable and it doesn’t cost a fortune to add luxuries such as air conditioning.

The Suzuki Jimny has already carved itself a niche in this area, with several firms converting them into pickups precisely for this purpose.

The fact that the Niva has a monocoque construction makes it more difficult to give it the same treatment and, although a pickup version is available from the factory, these are difficult to get hold of in the UK.

The Niva does score a few wins against the Jimny though, with a considerably lower purchase price, permanent four-wheel-drive system and larger internal space.

Which model should you get?

One of the beauties of the Niva is that all models can be purchased as a commercial vehicle, simply by the importer removing the rear seats.

This leaves a sizeable, flat load area and with the addition of a bulkhead, occupants are protected from items placed in the rear.

The base model starts at £12,495 (plus VAT) if the buyer is willing to fill in the paperwork and register the vehicle themselves.

This has a 1.7-litre petrol engine, five-speed manual transmission, steel wheels, manual winding windows and no air conditioning. For rough farm use, it is probably the one to go for.

Stepping up to the Luxe brings in electric windows, tinted glass, alloy wheels and air conditioning for just £800 (plus VAT).

Both are available with a Putin-spec camo paint job for an additional £500, but neither come with a radio as standard.

There are several other versions with varying trim levels and long-wheelbase five-seaters, as well as pickups.

However, due to challenges getting these vehicles out of Russia and competing with high demand in Europe, it’s safest to opt for a Base or Luxe and modify it accordingly.

A huge range of aftermarket equipment, such as lift kits, chunky tyres and snorkels, is available for this purpose, most of which is relatively inexpensive. 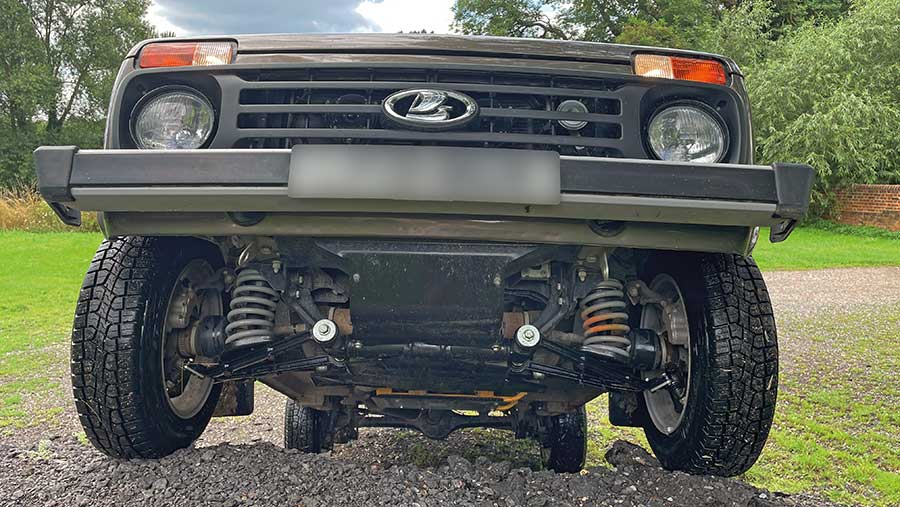 Thanks to the simplicity of the vehicle, servicing and parts are cheap. Road tax is £275 a year for all models and, surprisingly, they are Ultra Low Emissions Zone compliant.

To help make the body last, Lada has injected it with copious amounts of cavity wax and it comes with a two-year warranty.

You might expect resale values to be poor, but high demand and a lack of supply mean good examples hold their value well.

Ladas are built by AvtoVaz in the Russian city of Tolyatti, which is roughly 600 miles south-east of Moscow on the Volga river.

The Renault Group has owned a stake in the business since 2008, and in January 2021 it took full control, lumping it together with the Dacia brand.