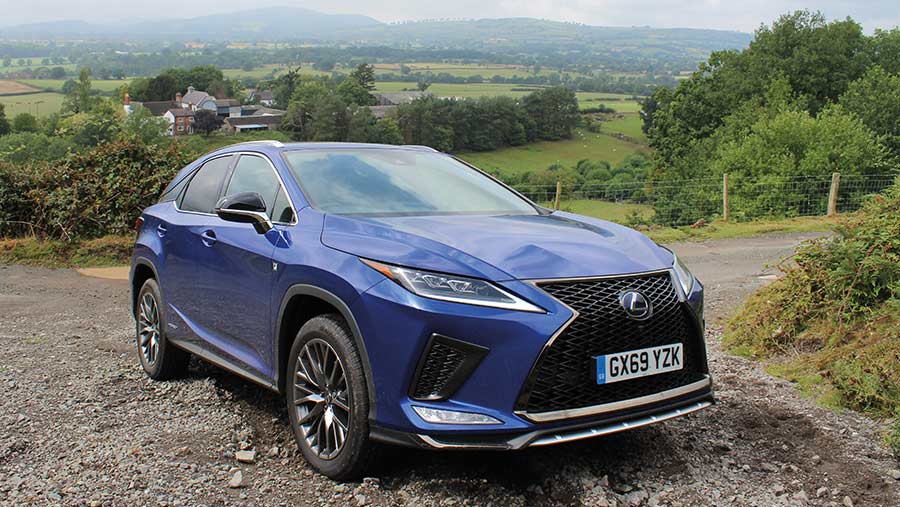 Lexus and parent company Toyota pioneered the concept of hybrid cars and the plush RX450H SUV uses the same self-charging setup the firms have been pedalling for years.

The RX450H harnesses the kinetic energy produced during deceleration and braking and pumps it into a small battery pack that is tucked under the rear seats.

This energy is then served up via a brace of electric motors that work in conjunction with the car’s 3.5-litre V6 petrol engine.

One of these motors is mounted at the front and works with the engine via a CVT transmission, while the other sits at the rear and drives the rear wheels when extra traction is needed.

Crucially, this process requires little input from the driver – they just put their foot down and the car decides how best to deliver the power.

In most cases, this will be a balance of engine and battery power, but in certain situations it will be electric only.

The only influence the driver has is selecting from a number of operating modes, which subtly alter the way it drives.

It is possible to engage an electric mode that relies on battery power only.

However, even when the cells are fully charged, it’s only good for a mile or so at speeds of less than 40mph.

Compared with your average diesel SUV, the RX is pretty quick off the mark.

It gathers speed seemingly effortlessly, and once it settles into cruising, the ride is silky smooth.

So, for those looking for a machine that will eat up the miles, it’s not a bad bet.

However, the payoff is that piloting it is a fairly soulless experience.

The combination of petrol engine and electric motor blended through a vague CVT transmission results in a rather detached relationship between the right foot and acceleration.

Claimed fuel economy on the combined cycle is 35.3-35.7mpg, and during some mixed real-world driving, it did get pretty close to this.

This puts it in the same ballpark as some of its cheaper diesel counterparts, but it is worth remembering that it delivers a good bit more performance.

On paper, carbon dioxide output is also considerably lower than a diesel at 183g/km, which puts annual road tax at £140 – once the expensive car supplement has been cleared.

In typical Lexus style, there’s a raft of electronic driver aids and large infotainment screen on the dash. 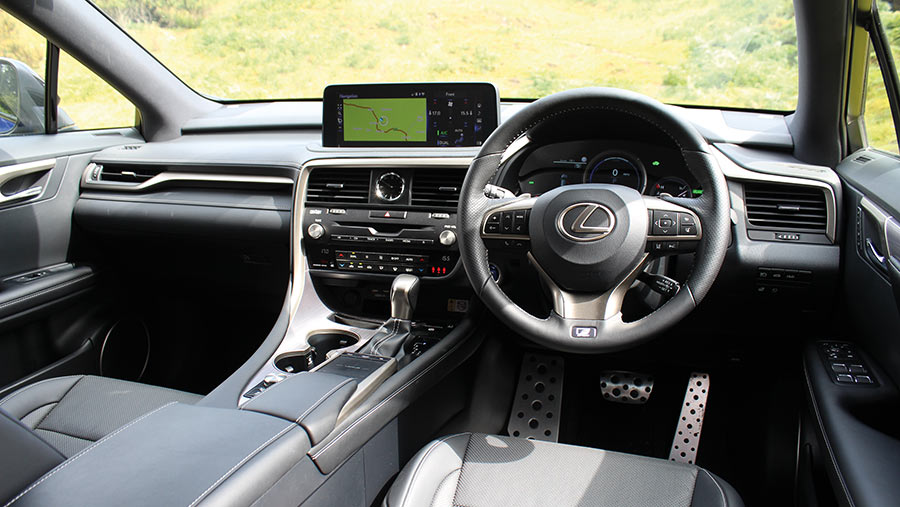 The primary method of navigating this is via a laptop-style track pad, which is almost impossible to point in the right place without a good bit of practice.

Rear legroom is fairly generous and, thanks to the small hybrid battery, boot space is reasonable.

Those that want extra room or seven seats have the option of a longer model – the RXL.

The big plus point of the RX’s self-charging hybrid system is that there’s no need to feel guilty about never bothering to plug it in – a common affliction among plug-in owners.

It’s smooth and fast to drive, it pumps out fewer harmful gasses than a diesel and there are some tax incentives to help offset the high purchase cost.

However, its mediocre fuel economy means it’s not for those whose primary aim is frugal motoring.