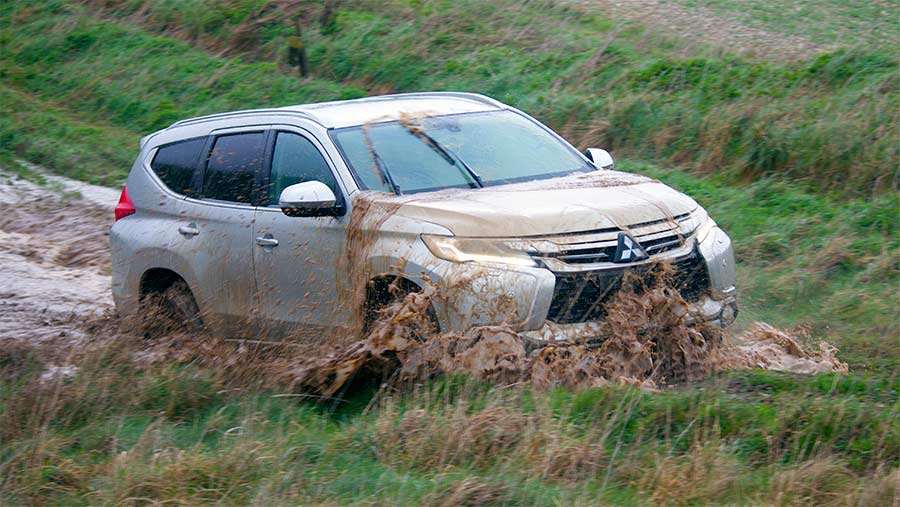 The words Shogun and sport aren’t obvious bedfellows, but Mitsubishi has shoehorned parts of its mud-flinging, diesel-slurping, 4×4 king into a more practical SUV package that bears exactly that name.

It promises the best of both worlds – less bullish on the eye and without the Shogun’s performance-sapping size and weight, yet still capable of carting around seven people with serious off-highway aptitude.

The vehicle has actually been kicking around since 1996, albeit under a handful of different names and on the less frequently perused pages of the firm’s price list.

But it recently found its mojo after a major relaunch that thrust it back into the limelight.

And it could be about to fill some pretty big boots, becoming Mitsubishi’s interim 4×4 flag bearer until the full-fat Shogun bucks its ideas up, or dies.

The company is being purposely flaky about the future of its long-lived top-dog – apparently, it’s too smutty-engined, thirsty and unsafe to meet future regulations and sales need to be stronger if the company is to justify the extensive development work to bring it into the 21st century.

So, in the short term, at least, Mitsubishi 4×4 stalwarts are being funnelled towards the new Sport version.

Assembled on an L200 pickup base but with a full-length shell and seven seats in place of the load bed, it brings plenty of farming and family-friendly credentials.

Mitsubishi’s design team hasn’t worked itself too hard in the engine department, where the L200’s agricultural 2.4-litre has been repurposed for Shogun service.

It picks up quickly from standstill, offering keen acceleration and a stream of torque from upwards of 1,400rpm.

Engine revs can be pushed well beyond 4,000rpm for particularly energetic sprints, and it generally feels faster than its 11sec 0-62mph would suggest.

Admittedly, it is vocal during hard work, but never sounds overly strained – particularly when compared to many of its SUV rivals running small-bore engines – and things quickly hush to quiet once the driver eases off the gas, too.

The engine might have an unsophisticated edge, but its driveline partner is at the other end of the slickness spectrum.

The eight-cogger whips up and down the speeds lump-free and, in reality, deserves a better engine to get the best from it.

Fuel economy is disappointing, but Mitsubishi is satisfyingly honest about the Sport’s diesel gluttony.

A glance at the spec sheet suggests buyers can expect 31.4mpg from mixed driving and we came pretty close to that, despite giving it a fair thrashing over the Salisbury Plain as part of our 105-mile varied course. In the end, we tallied 26.9mpg, which is undeniably poor.

The Shogun will comfortably wipe the floor with most of its rivals off-road. It stands tall and is dressed for the outdoors, with the recycled L200 nose providing a short front-wheel overhang and decent approach angle for tackling gnarly ascents.

It even has the audacity to out-do the toughest of them all – the Land Cruiser – in the ground clearance department and is good for a 700mm wading depth. You get the picture; for a family-carrying SUV, it’s a pretty tough cookie.

Unlike most of its rivals, the Sport also comes with a fairly sophisticated four-wheel drive system that allows switching between two and four on the fly.

It neatly distributes power to the wheels with the most grip and, with good, stout tyres on, takes a fair bit of stopping.

A push-and-twist system engages the creeper box and has to be done at a standstill, but it is brilliant for clambering up or down nasty slopes and can be combined with the hill descent system.

Land-Rover-style condition-specific settings (sang, rock, gravel and mud) are available too, but we didn’t find them particularly useful.

Sharing the L200 chassis means the Sport has a pretty long wheelbase but, fortunately, Mitsubishi has replaced its fidgety, leaf-based suspension with coils to tame (but not eliminate) rear-seat sea sickness.

These don’t have the lump-soaking cushioning of the Land Cruiser, but nor does it bounce, roll and tumble around bends when travelling above a brisk trot.

Other feathers in its cap include a 3.1t towing capacity and 11.2m turning circle – both of which better most of its peers. 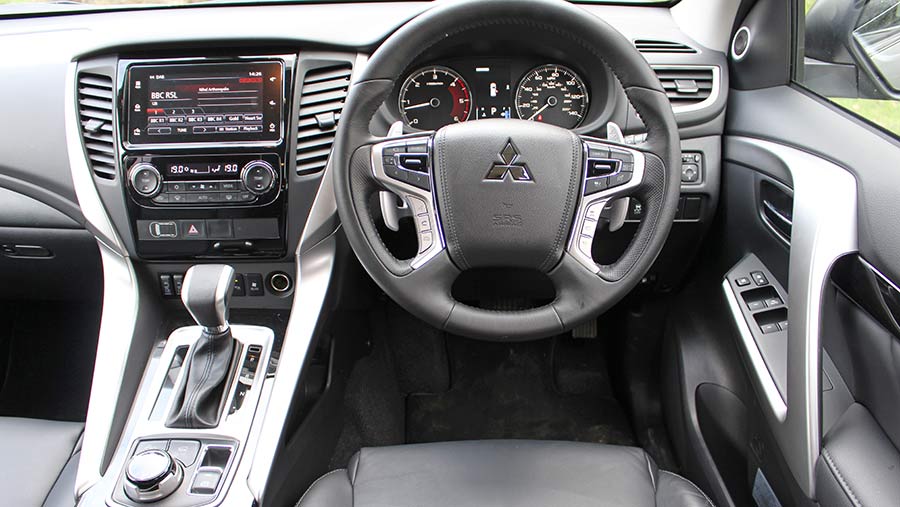 The exception is the glossy centre console – it looks fine as-new, but is likely to be battle-worn after five years of family use/abuse.

As good as ground clearance is for bog bashing, it presents shorties with a real challenge when it comes to climbing in.

The seats continue to rise rearwards to the pop-up back row.

Knee room is limited but fine, though the postage-stamp rear windows and inward-curving pillars make the whole thing feel dingy and claustrophobic.

Luggage space is respectable with the seats folded, but rendered almost unusable with the kids’ seats hoicked up. 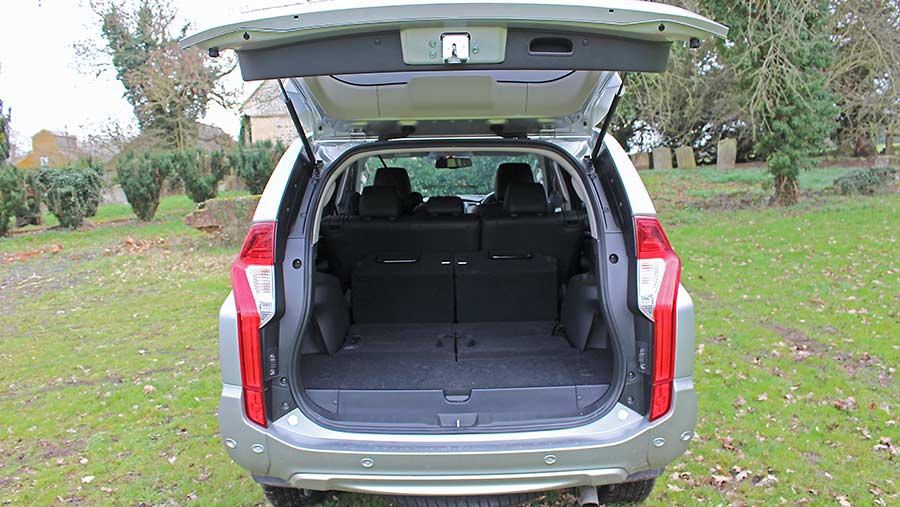 Surprisingly, £37,000 isn’t enough to get a built-in satnav – apparently, smartphone-based systems displayed through Apple Car Play or Android Auto suffice for most buyers.

And it’s worth mentioning that the hands-free kit is hopeless, as the sound only comes from the speaker in the passenger footwell.

If you aren’t going to make good use of the ground clearance and four-wheel drive box then there are cheaper and less thirsty alternatives, but there’s little to beat its toughness and versatility.