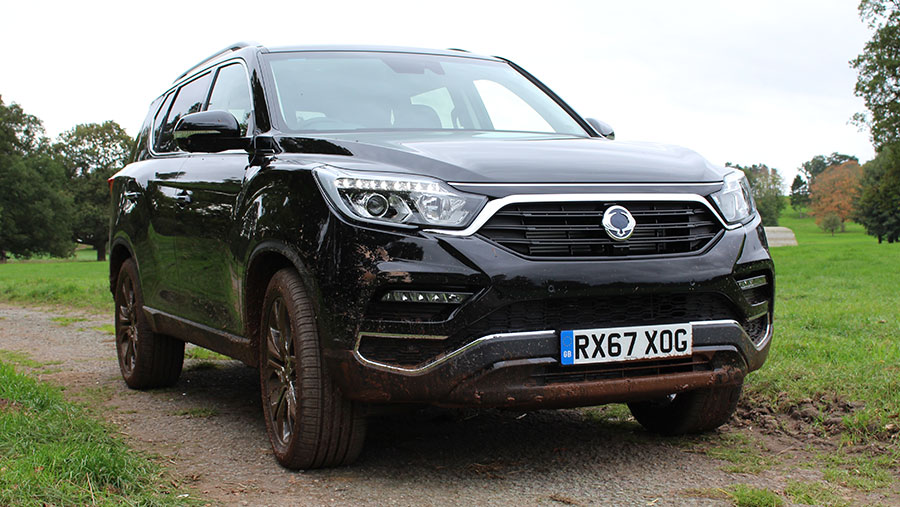 It’s fair to say the old Ssangyong Rexton appeared dated even when it was new – its rather cheap-feeling interior and bland exterior were grossly uninspiring but just the ticket for cut-price motoring.

However, Indian firm Mahindra & Mahindra has pumped some serious cash into the Korean car maker since it bought a 73% stake back in 2011.

The first model to experience a makeover was the Tivoli, which was rejigged last year and has since seen a 35% rise in UK sales.

Its big brother, nicknamed the Korean Land Rover, is the Rexton and it has had glowing success back on its home turf of South Korea where the company shifts roughly 2,500 Rextons a month – figures that would make any UK salesman green with envy. ­ 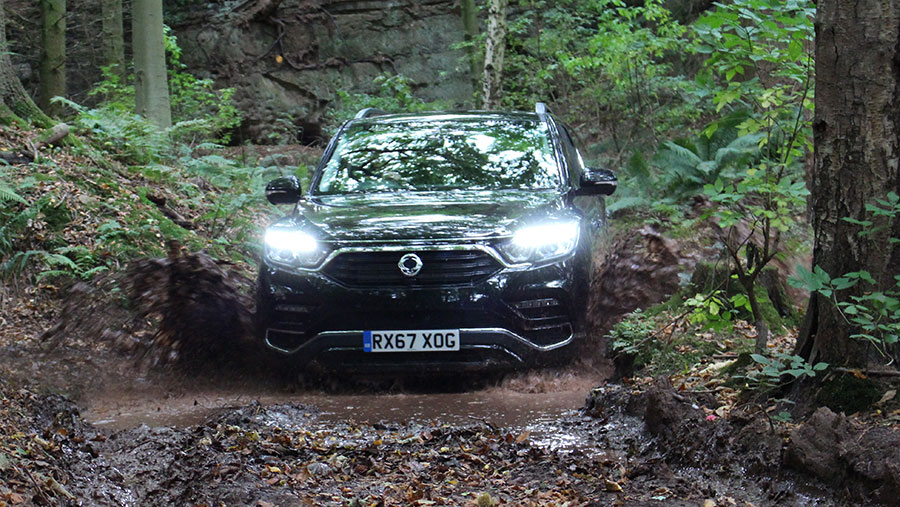 A fleet of five Rextons recently completed a trans-Eurasian trek from the factory in South Korea to Blenheim Palace for the horse trials in September.

All of the cars completed the 15,000km (8,000-mile) journey passing through 10 countries including China, Kazakhstan and Poland with no major breakdowns.

Compared with the outgoing Rexton, it’s chalk and cheese. It’s taller, wider and longer than its predecessor, and comes with dazzling high-intensity discharge running lights and gleaming 20in alloys that command attention.

There’s a similarly classy feel when you slide into the driver’s seat where you get the luxury of a leather-clad interior, keyless ignition and a 9in touchscreen.

It’s the only engine option for the new Rexton, which will be frustrating for anyone who likes the thrum and power of a six-cylinder. 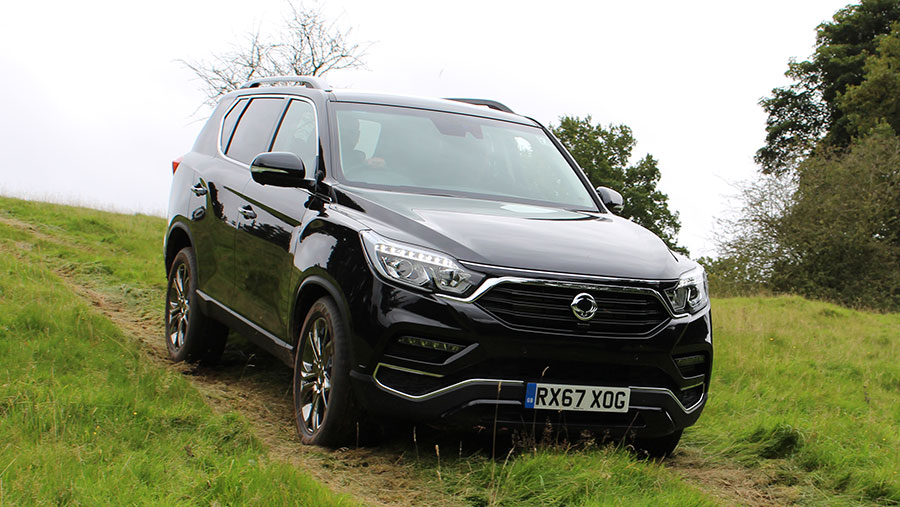 The result is that the engine becomes shouty whenever the throttle in buried in the carpet, giving the impression that it’s working very hard to get its 3t bodyweight up to a cruising speed.

Once you’re there the engine settles down and it’s a comfortable place to eat a few motorway miles, with lane departure, cruise control and brake assist making it a comfortable tarmac dweller.

Cornering is OK too, with the sort of body roll you’d expect from a car that weighs similar to three Suzuki Swifts.

The company reckons the latter will be the most popular, even though it has a £2,000 price premium.

The Rexton has a reputation in Korea for being an off-road animal and it’s fair to say its craving for everything green and brown is greater than its on-road appetite.

Even on 255/50 road tyres it floated across the sodden grass and, when the rubbers filled with quarry mud, it still managed to keep moving.

A high and low four-wheel-drive box is easily selected via a central toggle and is a perk that many of its rivals don’t offer.

The top-spec models also get hill descent control and multi-link rear suspension at the back, although the latter is pretty bouncy and had a tendency to leave the crew feeling slightly sea-sick.

Its body-on-chassis construction means it can tow 3,500kg, which will appeal to everyone who doesn’t possess a Discovery-sized chequebook.

We hitched it up to an empty horsebox which was about 900kg. It was a smooth puller, aside from when it hits a hill and the auto box drops down a cog for a bit more torque, at which point things get very shouty.

There’s also an annoying mirror dipper that automatically rotates the mirror angle to the floor when reverse gear is selected. This is beneficial for backing alongside a curb but needs to be switched off for most other tasks.

Other than the appearance, interior quality is the biggest departure from the outgoing Rexton.

It’s spacious inside with loads of room for five passengers and the option of popping up another couple of seats in the boot. 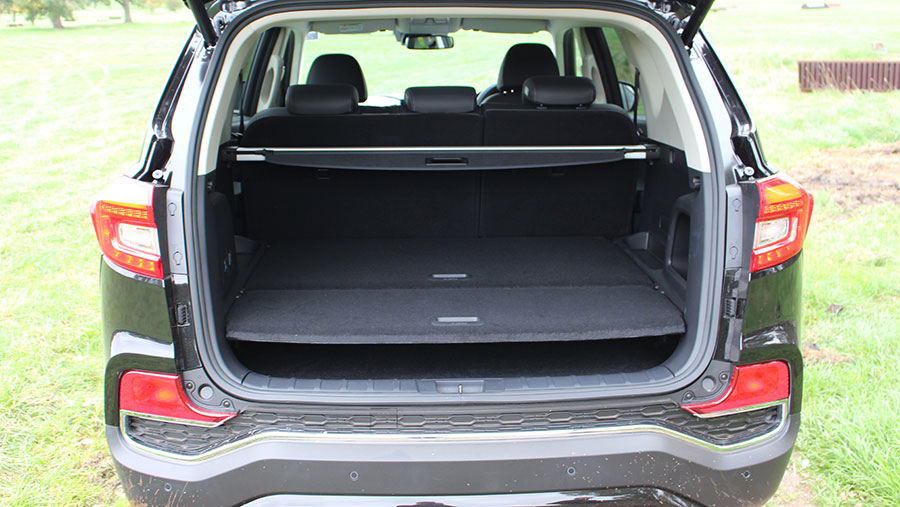 With the rear seats flapped down, the boot is a huge 1,977 litres, which Ssangyong claims is the biggest among its competitors and only the Volvo XC90 at around 1,951 litres comes close.

Sit in the driver’s seat and you could mistake the interior for having been stolen from VW or Audi, with well laid-out buttons and crisp white backlit dashboard.

Fans of tech get Apple Carplay and Android Auto, which can connect your phone to the car in seconds with all contacts and music beamed on to the touchscreen.

There’s also a Tom-Tom-powered satnav and five cameras dotted around the exterior which means you can practically drive the car just by looking at the screen. 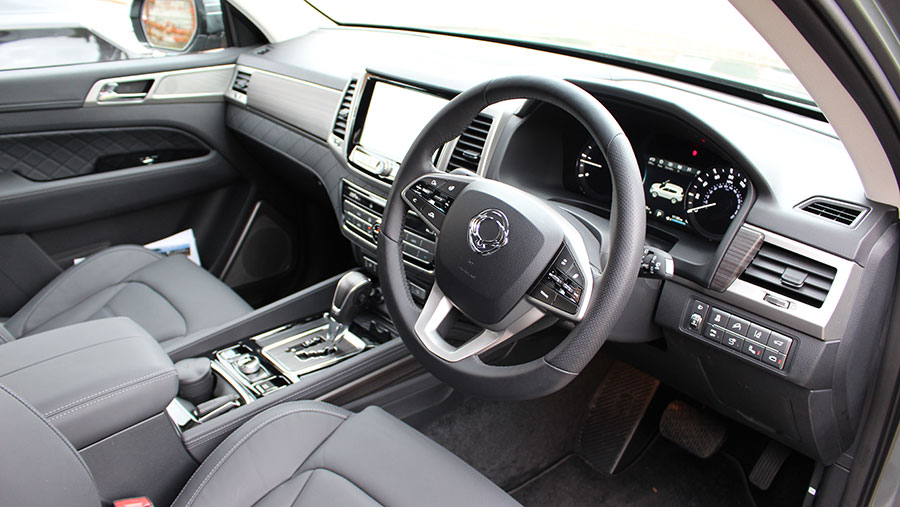 The aerial view camera – with wheel direction lines – is particularly handy for steep terrain where the ground can disappear in front of you.

In top spec, the front seats are cooled to save sticky backs in midsummer, while the driver gets a heated steering wheel, too.

There’s no lengthy options list, so each spec determines what you get from entry-level models at £27,500 to the £37,500 top ranger.

The new Rexton is light years ahead of its predecessor and the comfortable interior and strong off-road pedigree mean it’s more than a match for the SUVs about the £50,000 mark.

The lack of a six-cylinder engine option is a shame – particularly on top-spec Ultimate models – but it has still got more than enough to compete with Asian rivals such as the Kia Sorento and Hyundai Santa Fe.

Either way, it’s definitely worth a look.