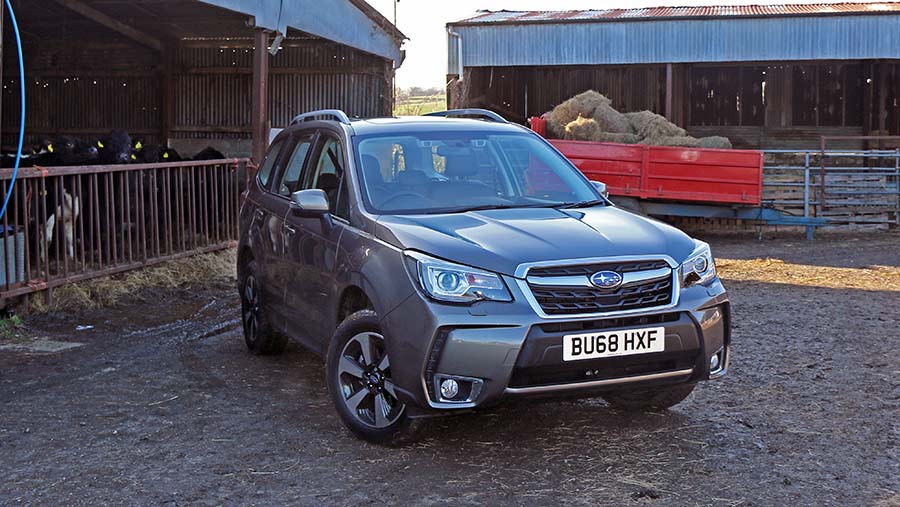 Over the years, Subaru has made everything from pickup trucks to rally cars, but these days the company says it has sharpened its focus on SUVs.

That makes the new Forester an immensely important car for Subaru, because while the majority of its models feature four-wheel drive and a modicum of off-road ability, this is the only true SUV in the company’s UK line-up.

See also: How to patch up farm pickups with second-hand spare parts

In fact, barring the short-lived Tribeca, you could say it’s Subaru’s first SUV to date.

While previous Foresters have sat halfway between an estate and an off-roader, the new model is pitched as a more traditional SUV.

It’s based on a new platform too, shared with the current-generation Impreza and the XV compact crossover.

Subaru describes the Forester as a no-nonsense SUV and it’s clear this was the guiding principle behind its smart yet unpretentious exterior.

You won’t find a surfeit of chrome or any whacky styling features, but it does look subtly beefed up compared with the brand’s previous offerings.

Meanwhile, short front and rear overhangs add to its off-road credentials, with approach and departure angles of 25deg and 26deg, respectively.

There is also a decent 220mm of ground clearance, plus hill descent control and Subaru’s X-Mode traction enhancement system as standard.

It’s a similar story inside. The Forester’s cabin may be light on frills, but there is that familiar feeling that it’s been built to last, with a clean, logical design.

Material quality has taken a significant step up from the Subarus of old and there is enough adjustment in the seating position to ensure that drivers of all shapes and sizes should be able to get comfortable. 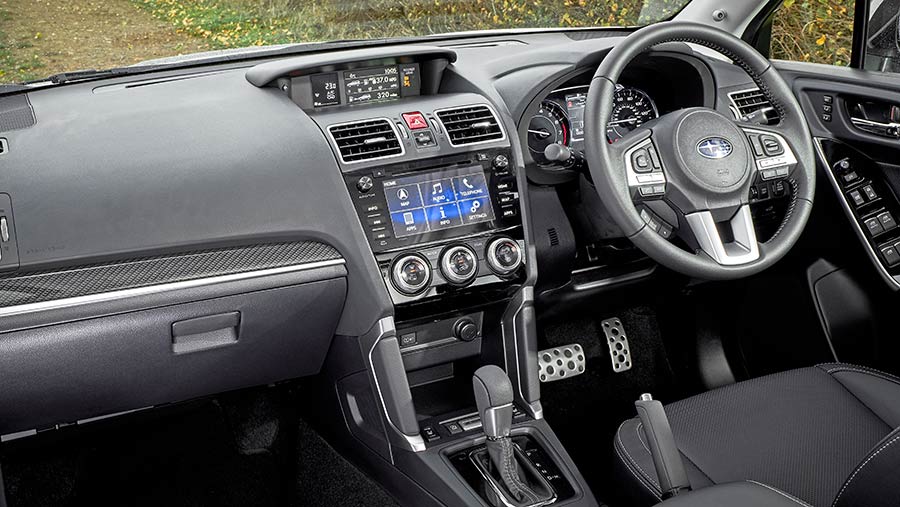 Despite its relatively compact footprint, the Forester offers a generous amount of interior space. The cabin is bright and airy, with excellent visibility front and rear.

There’s bags of cabin storage space too, with cupholders and cubby holes seemingly sprouting from every surface.

At 505 litres, the boot volume is slightly smaller than the likes of the Toyota Rav4 or the Honda CR-V, but it remains a decent size – the wide, flat loading area sits at just the right height.

The infotainment system is based around a 7in touchscreen display in the centre of the dashboard.

It may not be as slick to look at as some of the systems out there, but the touchscreen responds well to inputs, plus it’s clear and intuitive to use.

DAB radio comes as standard on all models, as does dual-zone climate control, heated seats and a reversing camera.

All Foresters come with the same engine and gearbox setup. Subaru’s trademark horizontally opposed “boxer” engine layout is said to reduce the car’s centre of gravity height, which aids stability.

Those in search of the classic warbling Subaru soundtrack will be disappointed, though.

And that’s something you’re likely to hear quite often, as the naturally aspirated engine needs to be revved harder than a lot of its turbocharged counterparts.

On paper, the Forester’s combined fuel economy figure of 32.2mpg (based on the new WLTP standards) doesn’t sound particularly inspiring, but it’s worth pointing out that we came impressively close to matching that in real-world conditions with an average of 31.1mpg.

Also consider that the Subaru comes with four-wheel drive and an automatic transmission as standard, both of which will have an effect on that figure.

The Lineartronic CVT transmission is something of a mixed blessing. It has a habit of holding the engine at high revs, which can make things a tad noisy.

On the other hand, it pulls away smoothly and generally feels much like a conventional automatic gearbox (just without the gear changes).

It also guarantees a seamless stream of torque to the wheels and a virtually infinite spread of ratios, both of which can be handy if you’re venturing off-road.

The Forester never exactly feels sporty, but it does offer nimble handling, thanks to crisp steering and a notable absence of body roll.

It rides reasonably well too, although it can feel a touch firm at times – particularly around town.

It’s out in the countryside where the Subaru excels. The X-Mode system is wonderfully simple to use, with no terrain settings or diff locks to negotiate. 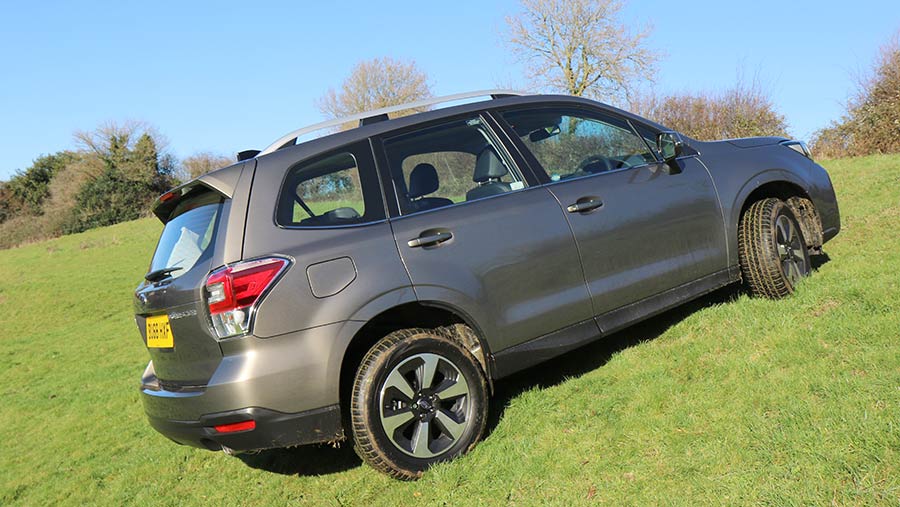 Drivers will constantly feel it shuffling the torque from wheel to wheel on tricky inclines, and the descent control does its best to improve stability on steep, slippery downhills.

Eventually, you can run out of ground clearance or wheel articulation, but only on terrain that you wouldn’t contemplate attempting in a typical soft-roader.

The compact SUV market is fiercely competitive at the moment.

For those who merely want the space or the kudos of an SUV, there are no shortage of options that could prove cheaper to run or more engaging to drive.

But for those who genuinely need a degree of off-road ability, the Subaru Forester remains one of the most capable cars in its class.