It is the most important new car launch in the farming world for years – the all-new Land Rover Defender has finally broken cover.

Ever since Land Rover brought production of the legendary workhorse to a close in 2016, farmers have been mourning the loss of the world’s most iconic 4×4.

Now it has been reborn, launched today (10 September) with all the glitz and glamour of the prestigious Frankfurt Motor Show.

Land Rover says it has stayed true to the previous incarnation’s heritage, while dragging the decades-old design into the 21st century. 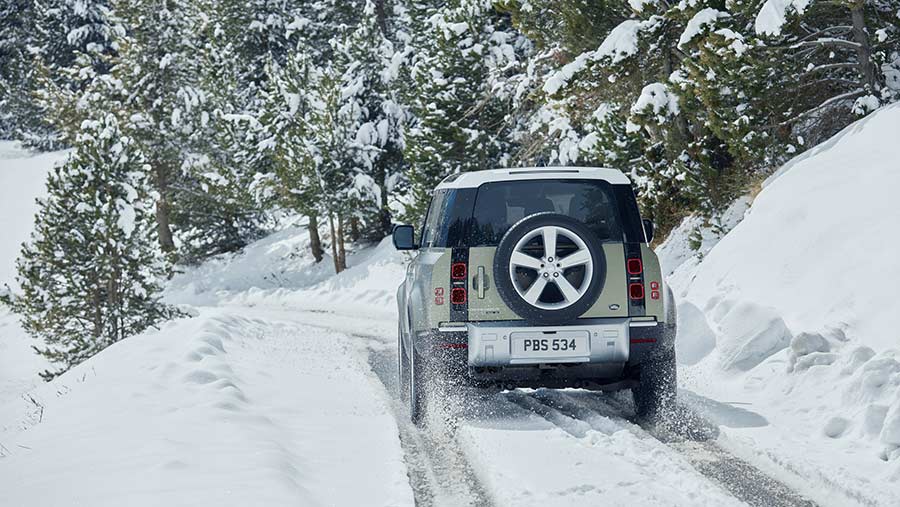 The new Defender promises to be an even more capable off-roader than its forebear, thanks to a new configurable Terrain Response 2 system, allowing drivers to fine-tune the vehicle set-up for specific road and weather conditions.

This does clever things such as adjusting the ride height via the air suspension and keeping the brakes lightly engaged after wading through water to preserve the discs and pads in better nick.

At first glance, this reinvented model seems light years away from its ancestor, with tech oozing from its innards, styling that has a faint whiff of Range Rover and square headlights where those classic round front lights once shone.

But take a look at the new car’s side profile and you’ll instantly feel a welcome wave of familiarity. That sheer back end, square wheel arches and alpine lights in the roof all help to soothe fears that this new Defender has betrayed its roots. 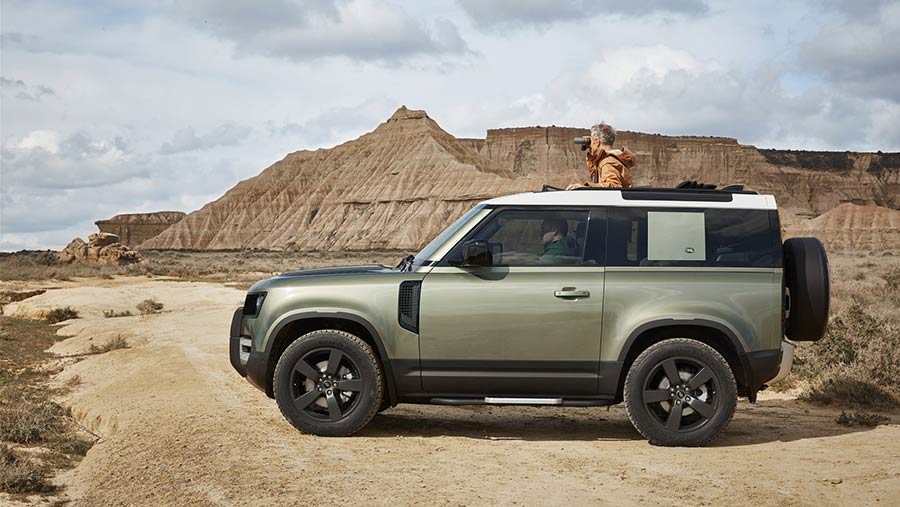 Climb inside and you’ll be greeted by a central beam running the length of the dashboard, similar to that of the old Landy. It isn’t simply a design cue, it’s actually a structurally integral piece of the car and is a signal that this new Defender is built to last, no matter what you throw at it.

At the centre, this frame holds the manufacturer’s latest infotainment system, packaged as a 10in screen, which is said to be a more responsive touchscreen than that of other models. A digital 12.3in instrument panel is standard across the range. 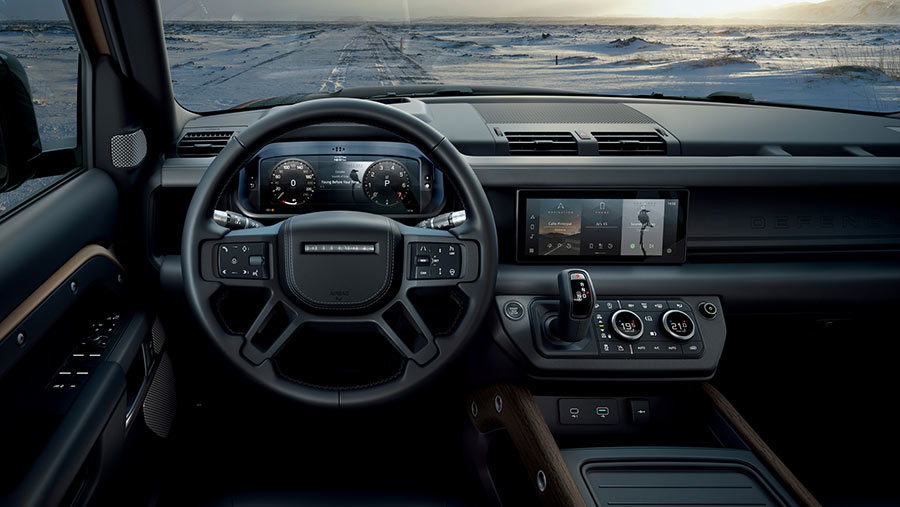 As with the previous generation, this new model will come in a head-spinning number of variations – plus 170 accessories.

The 90, 110 and 130 wheelbase options are all back on the menu, and there is a trim level to cater both for farmers seeking full-bore utilitarianism and city-slickers out to make a fancy fashion statement. 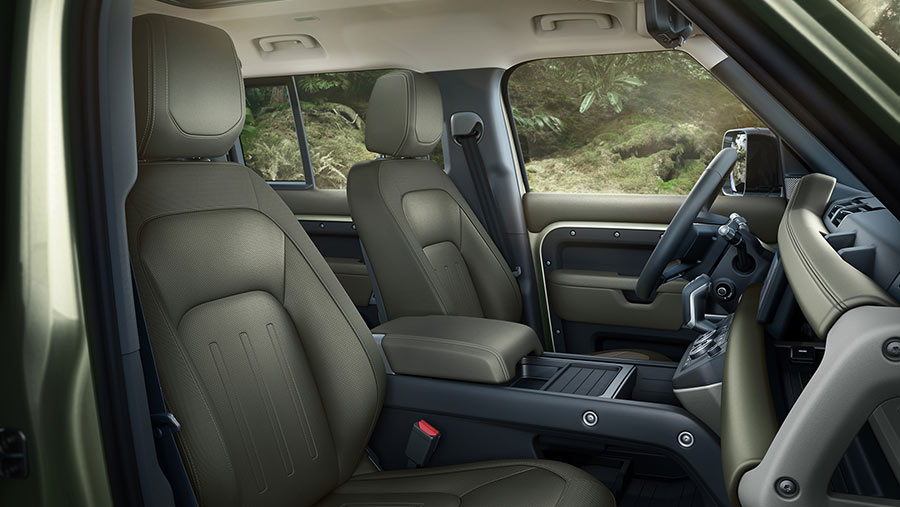 The basic Defender comes with 18in white steel wheels, a heated windscreen, LED lights, heated front seats, and that snazzy infotainment system, which also displays feeds from outwards-mounted cameras to show what’s around the vehicle during extreme off-roading.

Next up is the Defender S, which adds niceties such as 19in alloy wheels, a centre console with an armrest and leather steering wheel .

Progress to the SE trim level to get 20in alloys and plush options such as auto-levelling LED headlights.

The range-topping HSE grants you things like adaptive cruise control and trinkets such as a sliding panoramic glass roof. 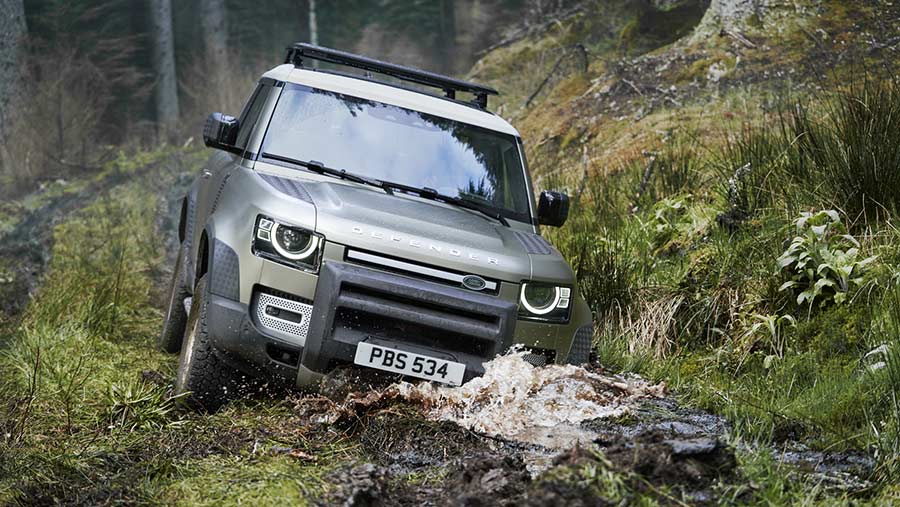 And finally, for something extra special, there’s the X, which sports exterior styling modifications, including a black contrast roof, and is dripping with technology such as a head-up display.

There are two petrol and two diesel motors to choose from. At launch, the petrol line-up comprises a four-cylinder P300 with 296bhp and a powerful six-cylinder P400 boasting 395bhp with the help of Land Rover’s Mild Hybrid Electric Vehicle technology.

That’s enough to slingshot the new Defender from 0-62mph in 6.4secs – a speed that would have been impossible for the old workhorse.

There’s also a pair of four-cylinder diesels that will be more popular with farmers – the 197bhp D200 and more powerful D240, which has 237bhp – both of which claim to do about 37mpg. 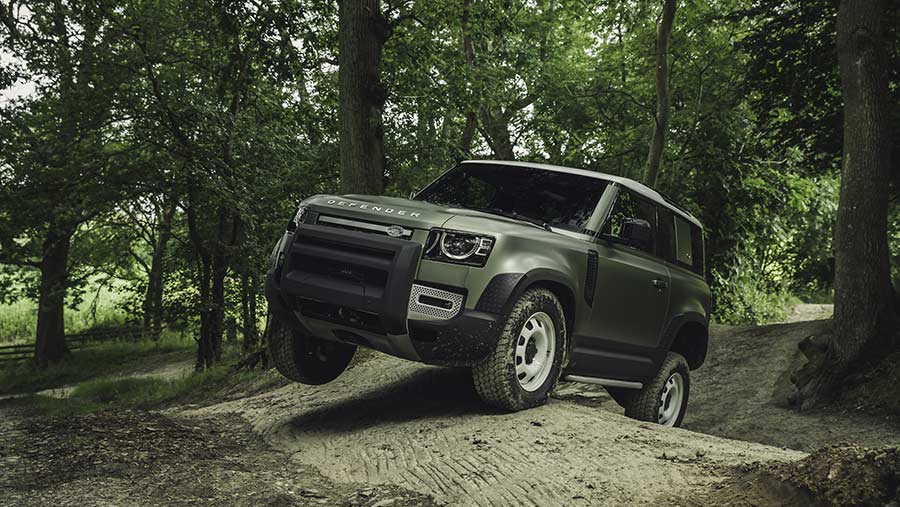 And because there’s isn’t enough choice already, there are also four themed accessory packs to ponder: 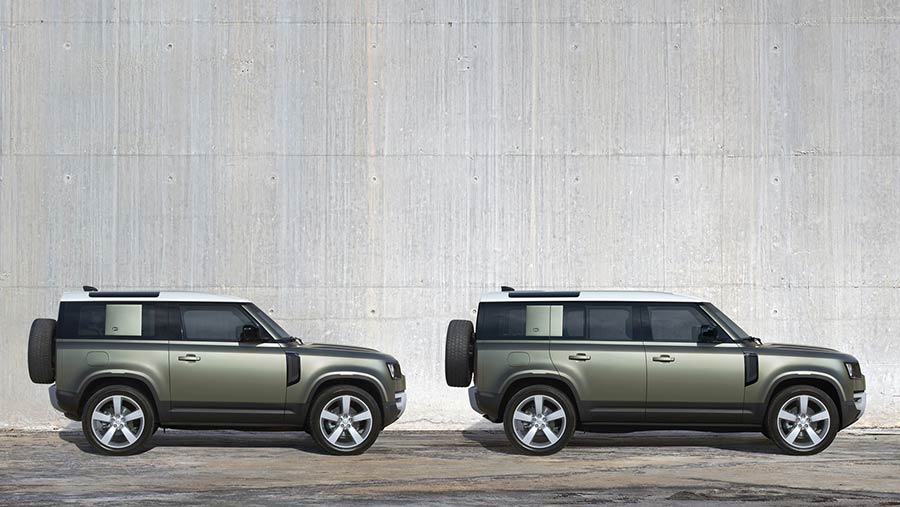 Land Rover has yet to confirm full pricing for the smaller 90, but this is likely to start at about £40,000. The Commercial version likely to be of most interest to farmers will arrive in 2020 and cost from about £35,000 plus VAT.

Early reactions to the new Defender have been mixed, with some hailing the return of an icon while others say it looks like the unsightly love-child of a Mini Countryman and a Skoda Yeti. Tell us what you think by voting in our poll below.