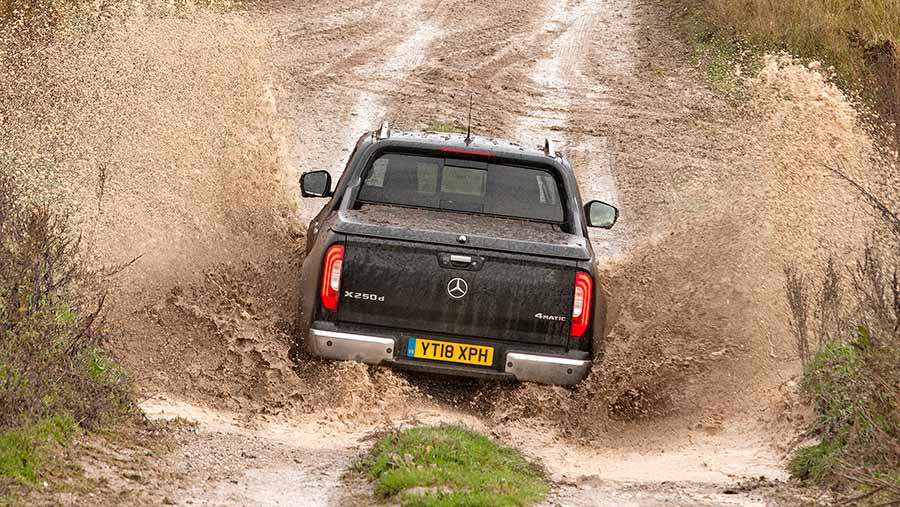 Four-wheel drive pickups remain the vehicle of choice for many farmers and contractors – as well as lifestyle vehicles for many others.

Our buyers guide shows prices and models for all the trucks on sale in the UK, including those from Mitsubishi, Ford, Isuzu and Toyota.

Poor sales and new emissions laws have contributed to the loss of the short-lived Fiat Fullback – the Mitsubishi-based pickup introduced just a couple of years ago – and the Great Wall Steed, so there are fewer basic designs to choose from in this year’s buyers guide.

However, there are more individual models thanks to additions to the Ford Ranger, Isuzu D-Max, Mitsubishi L200 and Toyota Hilux families.

And Land Rover could return to our listings in 2020 – if the expected pickup version of the modern Defender is part of the launch line-up due to be revealed later this year.

For now, though, it’s the established names in the traditional pickup field that continue to provide vehicles destined to transport toolboxes, fuel cans, machinery parts, straw bales and the occasional sheep and calf on farms up and down the country.

The Ford Ranger line-up has almost entirely switched to a new family of 2-litre, four-cylinder diesel engines, with only the Wildtrak still powered by the elderly 3.2-litre developing 200hp.

The base two-wheel-drive XL has a 130hp version but in four-wheel-drive form it gets the 170hp upgrade, as do the extended-cab and double-cab versions of the XL, XLT and Limited.

A 213hp twin-turbo alternative with 500Nm torque is also available with the Limited trim, as well as the latest Wildtrak equipped with a new 10-speed auto ’box said to deliver slicker performance than the outgoing six-speeder.

This powertrain is standard in the new Raptor performance model that heads the Ford range, with power-adjustable, suede-upholstered seats among the upgrades inside the double cab, as well as even bolder “in your face” front-end styling.

So, just the thing for an afternoon’s crop walking or outdoor lambing checks…

Within the Isuzu D-Max range, the down-to-earth Workman+ adds practical features such as a tow bar and 13-pin electrical socket to the more basic Utility model’s spec, although it comes only in double cab form, not the single- and extended-cab options.

The XTR bridges the gap between the Blade and the Arctic Trucks AT35, which is itself available as a new Safir limited edition with extra body styling and cab interior bling.

Also part of the XTR package are uprated suspension from Australian specialist Pedders, 32in tyres in place of the Blade’s standard boots, a body kit including a bonnet shield and bulbous wheel arch extensions, and interior equipment enhancements.

It is offered only as a double-cab with a choice of six-speed manual or six-speed auto transmissions. The Nav+ version adds a sound system upgrade and satellite navigation.

The Mercedes-Benz X-Class range has been revamped to a degree – by dropping the base Pure spec and adding a six-speed manual variant of the Progressive version with the 190hp engine.

The new Element limited-edition spec also uses this engine, along with the simpler of two seven-speed auto transmissions. It packs in as standard equipment load anchoring rails and a load bay liner, leather/fabric upholstery and auto air-con.

The range-leading V6-engined Power model, meanwhile, retains the seven-speed auto with torque converter lock-up in all gears and full-time four-wheel-drive.

The most significant change of the year so far is from Mitsubishi with its sixth-generation L200 range, which gets fresh styling, a new  2,268cc, 148hp turbo diesel and a six-speed automatic transmission option. Payload and gross train weights have both increased.

The fifth generation will continue for a while in double-cab Challenger spec, with the 2.4-litre 181hp engine and either six-speed manual or five-speed auto transmission.

Apart from dropping the Off-Roader AT32 flagship, changes among the familiar Nissan Navara extended- and double-cab pickups are pretty much limited to the introduction of the N-Guard model.

This comes with the 190hp, 2.3-litre engine coupled to a six-speed manual or seven-speed auto gearbox and essentially adds a sunroof and distinctive exterior styling plus interior upgrades over the Tekna.

Toyota has taken up the Arctic Trucks mantle, adding the Invincible AT35 to the top end of its Hilux range.

It builds on the high level of standard equipment provided by the Invincible X model with 35in knobbly tyres and extended wheel arches, performance suspension upgrades and 25% more ground clearance.

Buyers start with a regular Hilux and choose either a standard AT35 package or from a menu of practical upgrades and styling accessories.

While the base 163hp Trendline and mid-range 224hp Highline models have been dropped from Volkswagen’s Amarok range, the Aventura has been introduced to replace the Dark Label as the flagship.

This uses the latest powertrain: a 2.97-litre V6 diesel with eight-speed auto and full-time four-wheel-drive. The engine is tuned for 258hp in the more powerful of the two Highline models.

The Aventura comes with additional equipment including 20in rather than 18in alloy wheels, upgraded lighting, power-fold heated wing mirrors, more advanced satnav, and front seats with greater adjustment range, upholstered in leather.

It gets a protective coating for the load bay – a £700 option on other versions – but still requires the £310 tow bar and electrics option to handle any towing work.