The L200 might be the cheapest truck in our test group, but its high spec, solid build quality and smooth engine earned it a well-deserved third position.

It didn’t quite have the poke to compete with the top two contenders either. 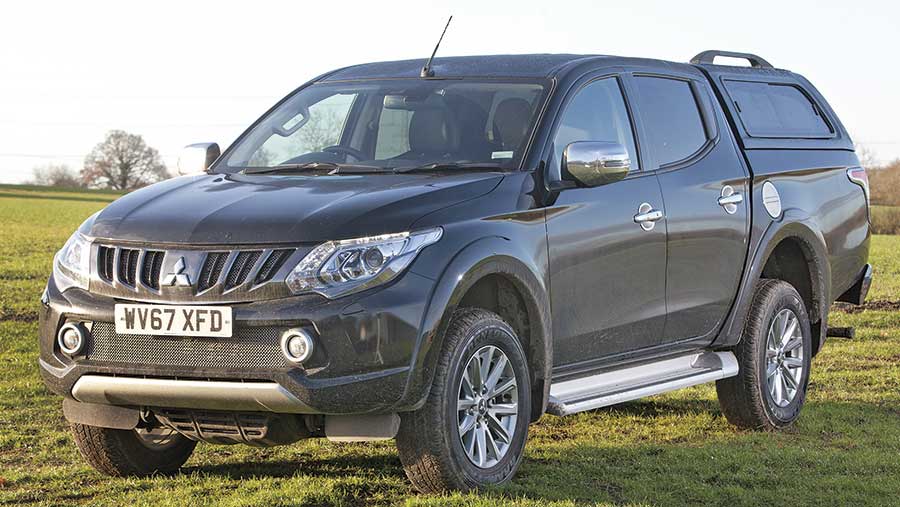 The L200’s 2.4-litre four-cylinder is a slick, powerful performer with a lightweight aluminium block and variable valve timing to improve its power and economy in different driving conditions.

Sadly, it couldn’t quite compete with the 3.2-litre, five-cylinder bruiser in the Ford Ranger or the surging V6 in the VW Amarok.

However, it comfortably outperformed the D-Max and Hilux and offered similar performance to the Navara, despite this packing a few extra ponies under the bonnet. 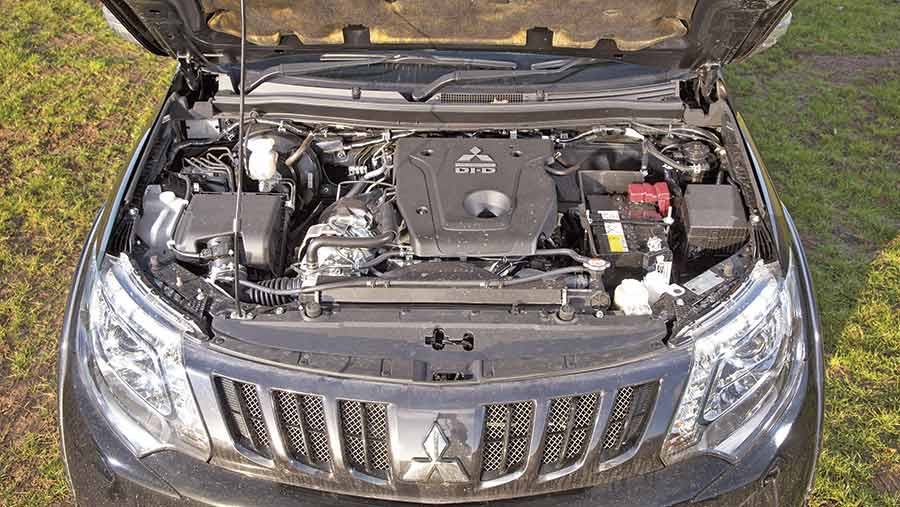 As for fuel consumption, the Japanese motor came in at fourth position in our test, averaging 29.01mpg. That was a good bit less than the manufacturer’s claimed 37.7mpg on the combined cycle, but still respectable in our book.

In the transmission department, Mitsubishi has gone for a fairly standard five-speed auto box. This has one less cog than the versions fitted in the Ranger and Hilux, but gave a similar shifting performance during our tests.

As well as auto mode, there’s a manual shift option either on the gearstick or the racing-style flappy paddles behind the steering wheel. However, other than dropping a cog before overtaking, we can’t see much use for them on a truck like this.

Another feather in the L200’s cap is the fact that it is one of the few pickups to have a central diff. This means it can happily drive on the road in four-wheel drive – more on that later.

Our L200 came in Mitsubishi’s top-end Barbarian spec, which was one of the smartest interiors in the group. Our testers ranked it second only to the Amarok, which would give the average SUV a serious run for its money.

Throughout the cabin, Mitsubishi has opted for better-than-average plastics, which are clearly a cut above the cracker-toy-grade stuff plastered all over the Ford Ranger’s interior.

The black leather is decent quality, too, and the seats’ side bolsters keep you firmly in place when cornering. Four-way electric controls are also fitted on the driver’s side. 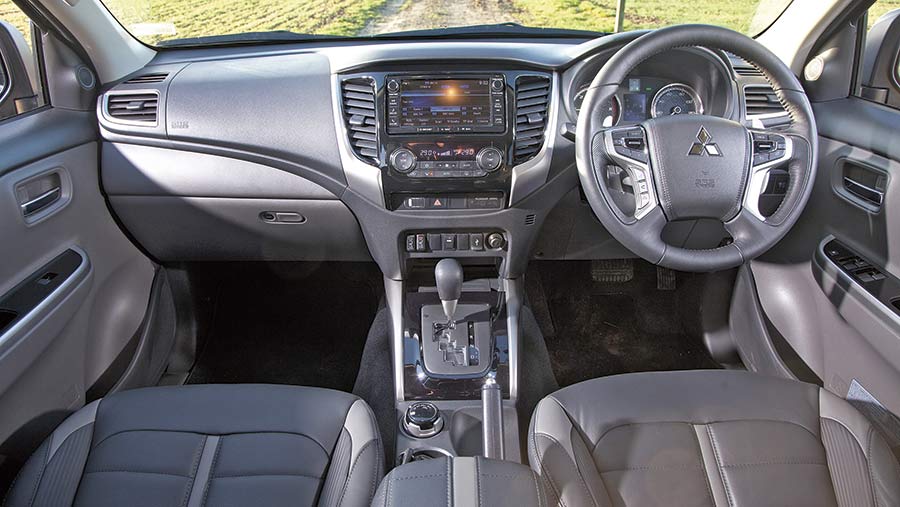 We liked the simple control layout, which has buttons grouped neatly so you don’t have to hunt around for the one you want.

The spec is generous, with everything from heated seats and electric mirrors to cruise control and a lane departure warning system.

However, that latter feature is more irritating than helpful, beeping at you randomly, even when you are well inside the white line.

It’s also set to engage automatically every time the engine is started, so you have to remember to turn it off.

The dash-mounted touchscreen is good, but nothing to write home about. It does offer a reasonably good satnav though, as well as features such as DAB radio and Bluetooth streaming of audio and calls.

With a rated towing capacity of 3.1t, the L200 is off the menu for those who need to haul the heaviest of loads on the road.

However, that figure doesn’t give a true reflection of how well it will pull a trailer. For example, the far less powerful 1.9-litre D-Max can legally tow 3.5t, but does so with a lot less gusto than the L200. 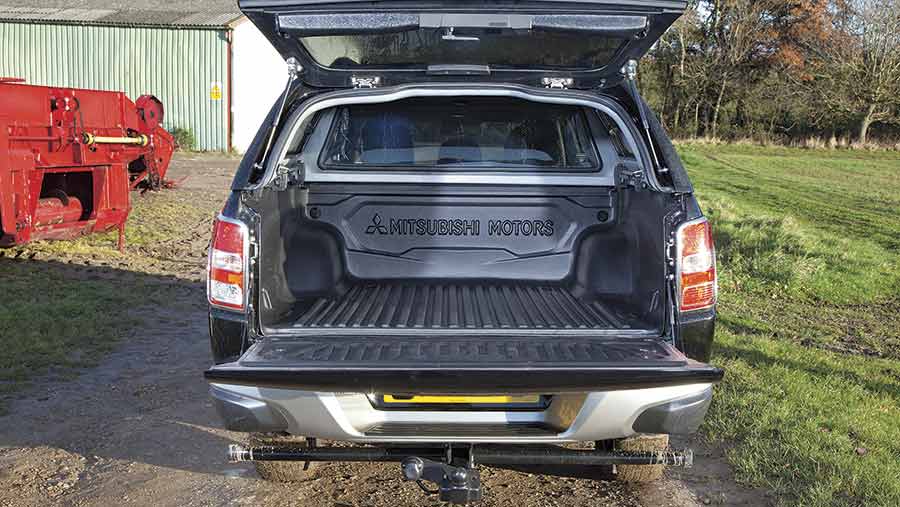 As you might gather, this 4×4 system is a bit more sophisticated than your average pickup transmission. In fact, it’s the same unit used in the Shogun, which means it can automatically distribute power to the wheels with the most grip.

To improve its off-road ability there are another two driving modes that lock the centre diff in either high- or low-range four-wheel drive. The L200 also has the tightest turning circle by some margin at 11.8m, which makes a massive difference to its manoeuvrability.

Starting at the budget end with the 4-life models to the top-ender Barbarian, the full range has the same 2.4-litre four-cylinder block, albeit the 4-life trucks only have 154hp, while the others kick out 181hp.

It’s a similar story with the interior spec levels. Base models get a radio and CD player, whereas the mid-ranking Warrior and top-spec Barbarian are pretty similar on the number of toys offered, with cruise control, two-zone climate control and satnav standard on both models.

The real difference from the Barbarian trucks is the increase in chrome styling, subtle puddle lights in the mirrors, some high-end BF Goodrich tyres and a soft-closing tail lid.

The 4-life models offer superb value for money with an industry-leading reputation. A list price for a manual, single cab starts at £18,500 (ex VAT).