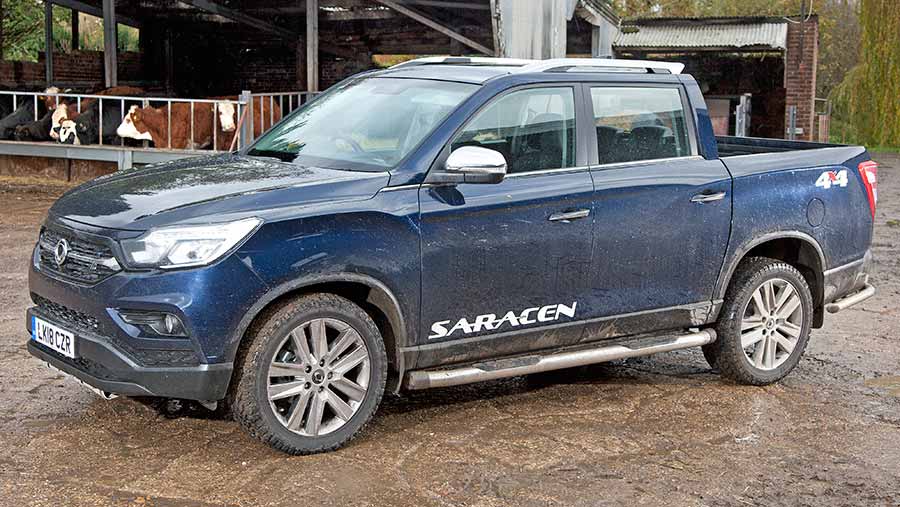 The past year saw a clutch of new models enter the ever-growing 4×4 pickup market.

We put three of the newest arrivals through their paces – the Mercedes-Benz X250d, Fiat Fullback Cross and Ssangyong Musso Saracen.

Our test was carried out using a mixed-age group of testers and involved a series of controlled on- and off-road routes.

Below we look at how the Ssangyong Musso Saracen fared.

Compared with the other two trucks on test, the Musso seems a veritable bargain. And if you think the lean price means it’s going to be naff and basic, think again.

The cabin is packed with high-end kit (most of it standard) and the quality of finish isn’t a million miles off the eye-wateringly expensive Mercedes.

It’s also able to tow 3.5t and carry 1t in the load bed simultaneously – the only pickup able to do so.

But it’s not all good news. When the load bed is empty the ride is so bad that Ssangyong felt the need to deliver it with one-quarter of a tonne of sand in the back.

The engine is also a little underpowered and we weren’t sold on its peculiar slab-sided styling.

The Musso is based heavily on the Ssangyong’s flagship Rexton SUV and as a result it shares many of the same components, including a smooth-but-unremarkable 2.2-litre four-cylinder engine.

This produces an on-paper power output of 181hp, putting it between the Fiat and Mercedes, but during general driving it was easily the steadiest of the three. 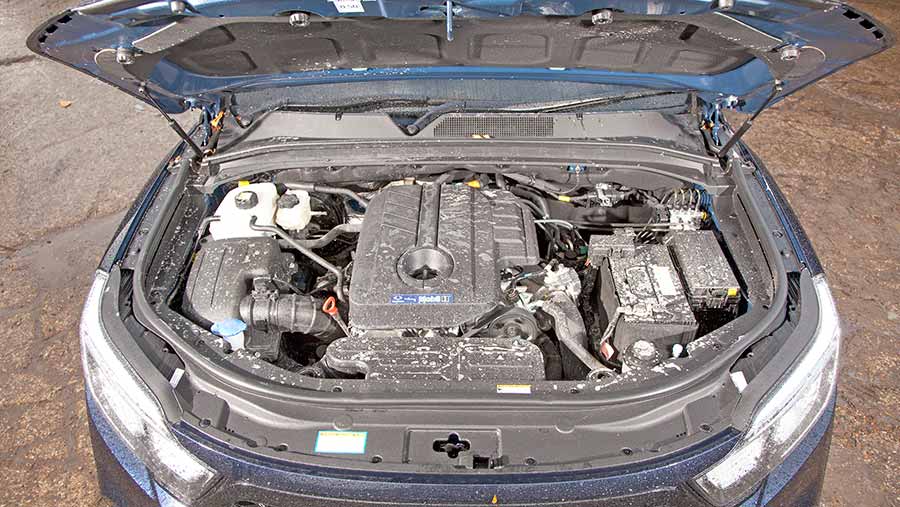 This is partly down to the fact that it has to be revved to 4,000rpm in order to unleash its max power (the other two were at about the 3,500rpm mark), but it also develops a little less torque.

It’s a shame Ssangyong didn’t shoehorn a few more ponies under the hood, as the current setup doesn’t make the most of the truck’s impressive towing capacity and payload.

As for the transmission, our truck came with a six-speed auto, which offered lower-rev motorway cruising than the old-school Fiat.

However, it didn’t quite offer the smoothness of the seven-speeder in the Mercedes.

Unlike its sister top-spec model, the Rhino, the Saracen also has the option of a six-speed manual gearbox.

The interior is one of the Musso’s strong suits and it comes straight from the Rexton SUV.

In that ultra-competitive market the finish appears a little on the cheap side, but in the pickup world it’s impressively plush.

The spec is generous too, including all the toys you get in the Fiat and Mercedes, plus a cooling function for the leather seats and a heated steering wheel.

The large touchscreen display is also clear and packed with plenty of features, including a Tom Tom satnav system, Apple Carplay and Android Auto functions, as well as a multi-view reversing camera.

For taller drivers, access to the cabin is surprisingly generous and there’s bags of space in the footwells too. 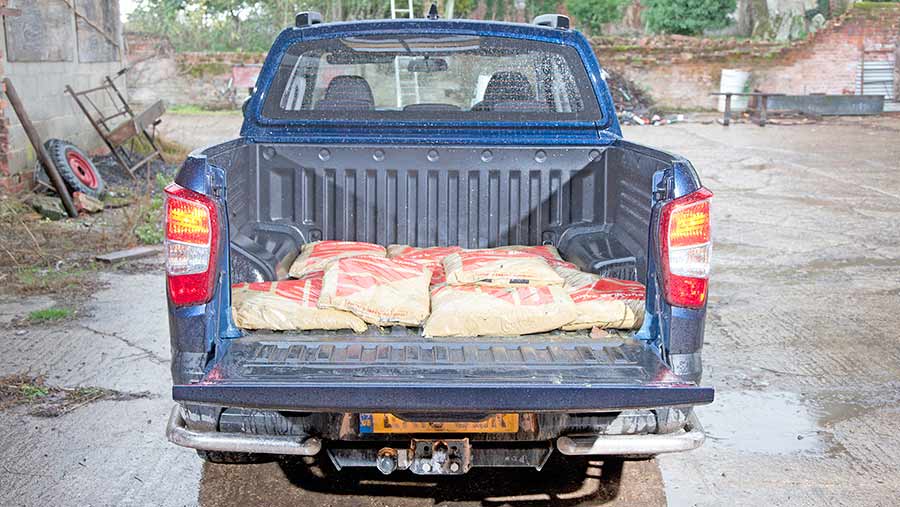 Before getting on the Musso’s off-road and towing ability, we have to discuss its major downfall – the ride.

It’s clearly a problem Ssangyong is aware of, as our test vehicle was delivered with a budget handling pack consisting of one-quarter of a tonne of sand dumped in the back. 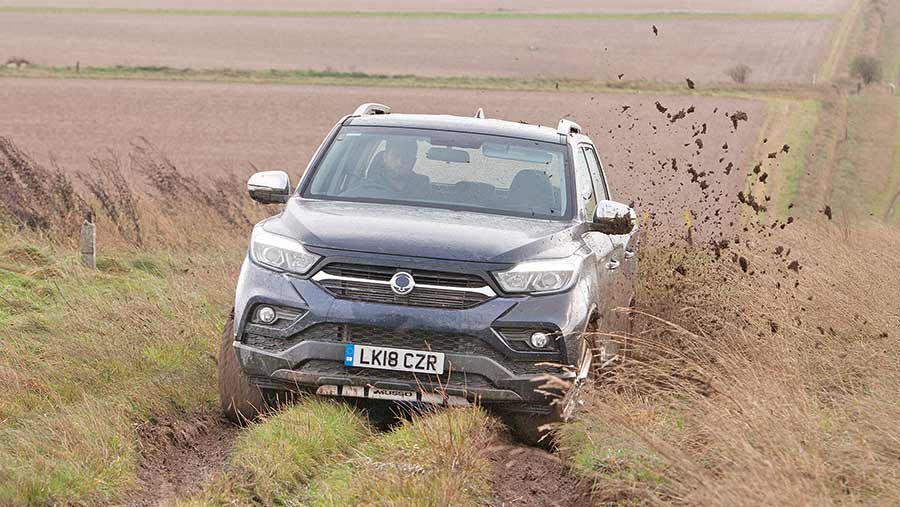 With this removed, the average B-road caused the truck to shudder and shake in an almost comedic fashion, so it wasn’t long before we hauled it back in.

It’s odd considering the Musso sits on coils at the rear, which in theory should offer a silkier ride than old-school leaf springs.

However, the root of the problem could lie in the work Ssangyong has done to enable the Musso to carry an impressive 1t payload while still being able to tow 3.5t.

As far as we know, it’s the only pickup capable of doing that.

But as many pickups spend a large proportion of their time carrying little weight, the firm needs to come up with a way of softening things up a little.

This kicks in a little too readily on slimy ground, but it’s simple to turn off, handing back full control to the driver.

Surprisingly, the ground clearance was the highest of the three, but its embarrassing 35cm wading depth means deep water should be avoided.

The Saracen sits at the top end of the Musso line-up along with the similarly specced Rhino.

All models use the same 2.2-litre engine and depending on the spec, there’s the option of a six-speed manual or six-speed auto transmission.

The Rebel’s cheaper interior and fewer techy add-ons put it in the middle of the range, while the £19,690 EX acts as the entry level model.