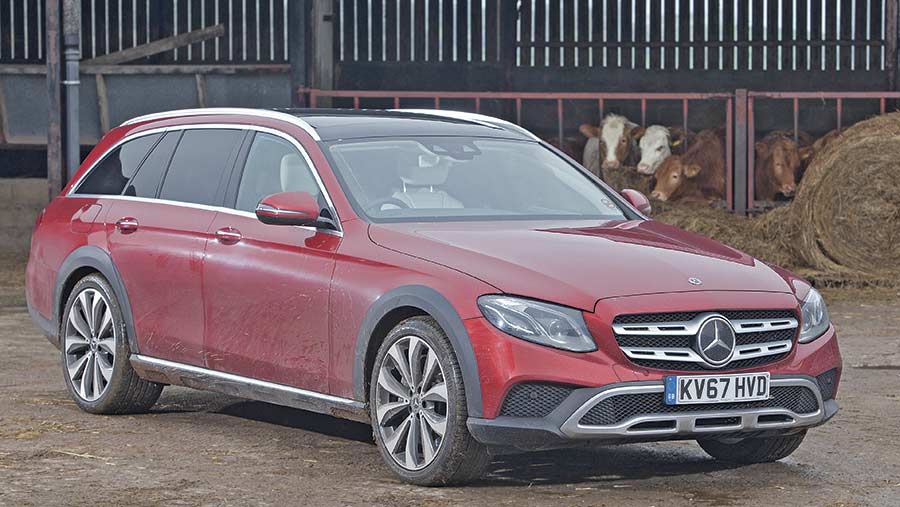 To decide which was best, we put them through a week of mixed driving, including some typical farm-based off-roading and a longer run into the Welsh hills.

Here’s how the Mercedes fared against the old-timers …

Mercedes has made a late dash to enter the booming 4×4 markets with a new Nissan-derived pickup and the E350d All Terrain estate.

The family wagon is based on the Germans’ executive saloon and comes with a loaded spec, high-tech interior and V6 engine, but the young gun came up a little short against the experience of Volvo and Audi.

Mercedes has dipped a tentative toe into the 4×4 estate market by converting its executive saloon to a countryside spec All Terrain model that comes with just one engine and one trim level.

However, the block is big and the spec sheet is loaded, which means the starting price – at almost £60,000 – will look a bit scary to anyone armed with a sensible budget.

Of course, this is Merc’s All Terrain estate debut, so there’s every chance that the cheaper 2-litre diesel from the saloon-grade E-Class will appear at some point, along with petrol and hybrid alternatives.

Its 3-litre V6 is tuned to work some way short of the Audi’s high-performance stats, though 258hp still delivers breakneck acceleration and peak power is available lower down the rev range than the big-hitting A6.

The downside is that cab noise is a little more noticeable than the other two and can always be heard in the background of phone calls – both engine and tyres are culpable – particularly when compared with the yoga-class vibes inside the Zen-like Swede.

The drivetrain rarely feels overextended and notches up and down the nine-speed dual-clutch gearbox in almost-choreographed fashion, making a far neater job of it than would be possible using the manual shifters.

If you really want to thrash it then the Audi gets the nod – in Sport mode it carves the corners with more balance and is also half-a-second quicker out of the blocks (though the E-Class is no slouch).

Naturally, both have a quicker turn of speed than the smaller-engined Volvo above 50mph, too.

However, consumption is underwhelming. Official stats suggest 41.5mpg is realistic, but we operated south of 35mpg over a week of varied driving. 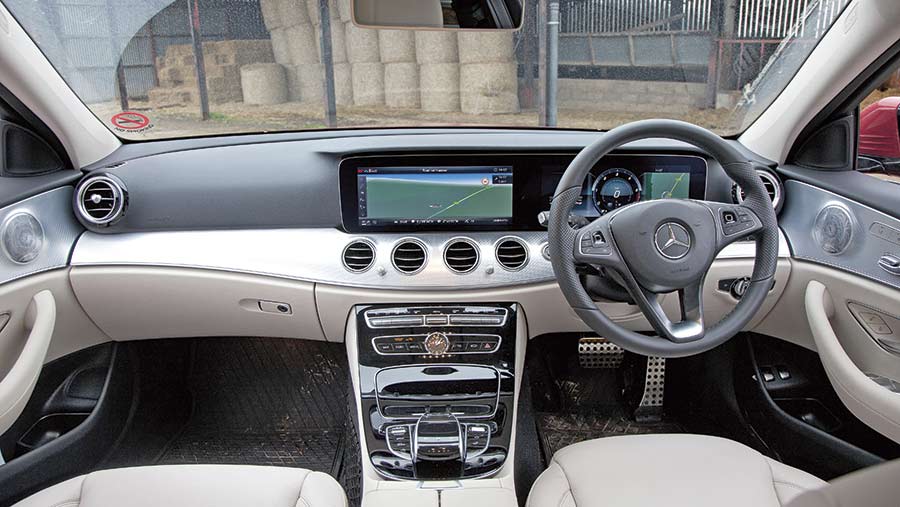 The E-Class interior won’t be for everyone. Its pair of rather grandiose iPad-style screens forms a wall of information and includes gimmicky features that allow drivers to fiddle with the layout of the digital instrument cluster and set different mood lighting colours.

Such novelties – along with the beige leather, aluminium-effect panels and silver-finished Burmester surround-sound speakers – were a little lost on us, but will no doubt impress those of a more ostentatious persuasion. 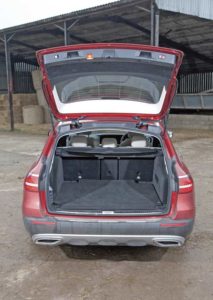 It must also be said that it’s undoubtedly more modern than the plain-but-pukka A6 and, while Audi charges buyers in the currency of arms and legs for every conceivable item, most of Merc’s are already included.

There’s keyless entry, a panoramic roof and a fancy sound system for starters. In fact, the driver aid package (evasive steering, lane change and active distance assistance) was the only chargeable extra on our high-spec car.

It sounds good, but leaves buyers with little chance to shave a shilling or two off the asking price.

Aside from the techy stuff, space is generally good. Rear legroom is pretty much on a par with the Volvo and the boot is big too, particularly with the rear seats folded down. Unfortunately, there’s no seven-seat option, though.

However, it sits far lower than the Volvo, even in the All Terrain mode, where the chassis is jacked up by an extra 20mm at speeds of up to 20mph.

This provides a bit of extra breathing space on farm tracks, but we found the best course of action was to engage the speed limiter to prevent the cushions deflating and the underbelly grazing protruding lumps of hardcore. 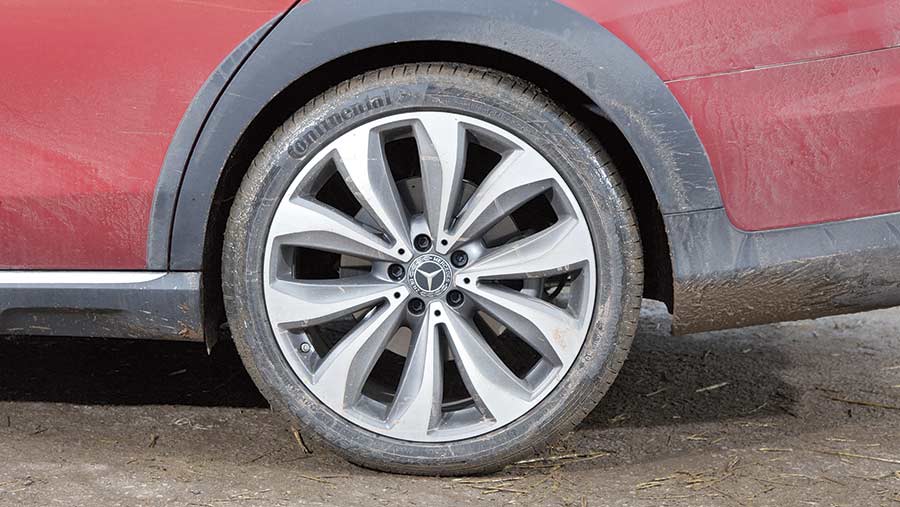 A permanent four-wheel drive system is standard but, with our test vehicle running on 20in alloys and low-profile rubber, traction was never going to match the off-road-ready Volvo.

At 2.1t, towing capacity also came up short, though the nifty swivel-down ball hitch is neat and remains hidden from view when out of use.