Toyota has launched a longer, wider and more sophisticated version of its iconic Hilux pickup.

There can be few people in farming who haven’t owned or driven a Hilux and 34,000 of them were sold across Europe last year – adding to the 18m shifted worldwide since 1968 – to affirm its claim as the Godfather of farm load-luggers. 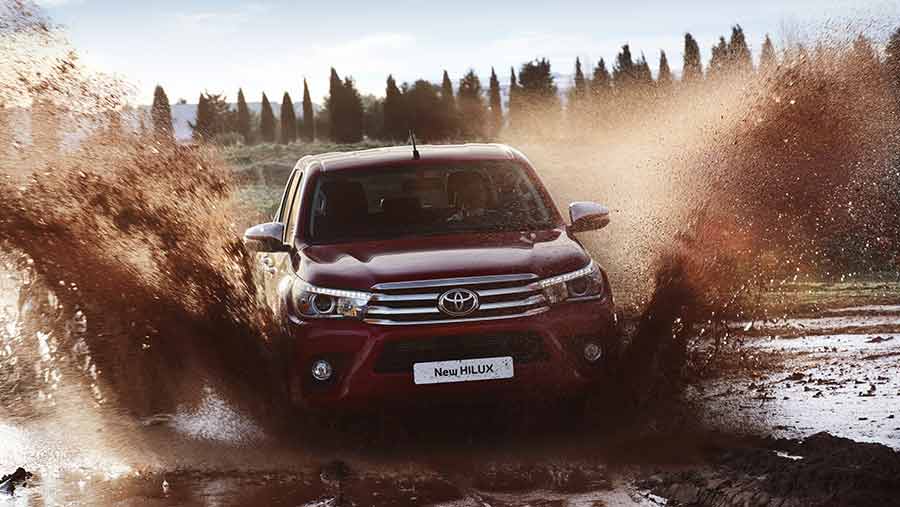 It has been a busy year for pickup makers, who have been pummelling the booming market with new faces. Ford and Nissan have relaunched the Ranger and Navara respectively, and there is talk of debut Fiat, Renault and Mercedes-badged models hitting the forecourts by the start of 2017.

Unusually, Toyota has decided to downsize in the engine department. Capacity has shrunk from the 3-litre block to a slightly less meaty 2.4-litre oil-burner, though the company claims torque has been bumped up by almost 60Nm in the process.

Curiously, the turbocharger is also 30% smaller than before, but a new, more efficient turbine promises sprightlier acceleration in return.

A short off-road trek suggested a smooth spread of torque through the rev range, but there is no doubt it is more vocal in its endeavours than the average SUV. 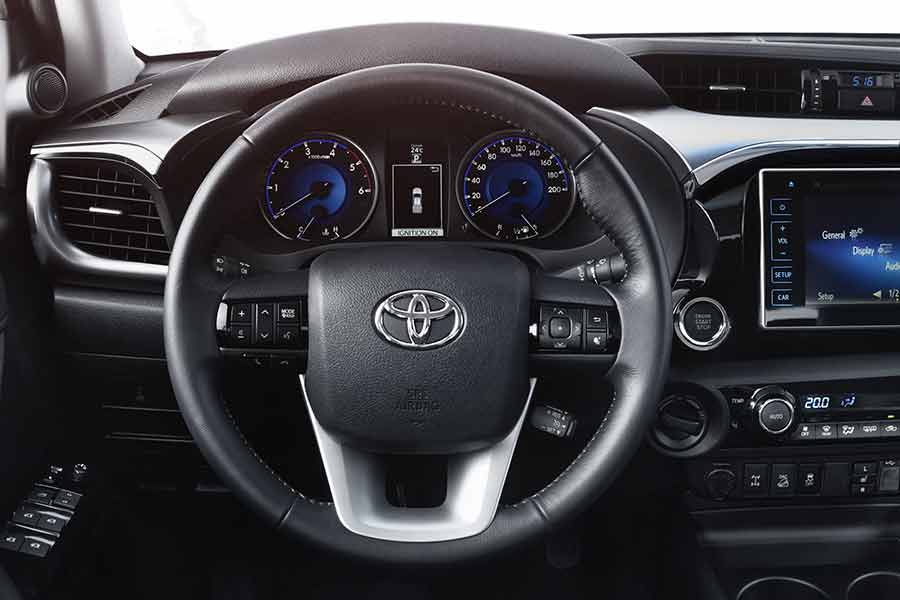 Thirst is also more important than ever as manufacturers reach out to a market beyond simply farmers and builders. The Invincible-spec automatic claims a combined figure of just over 36mpg – an improvement over the previous generation – but our test route delivered closer to 30mpg.

Drivers can also pick between eco and power settings. The latter offers a keener response to a heavy right boot, which will be useful for plenty of power-sapping farm tasks.

The geeks have fiddled with ratios in the manual cogbox to provide a 10% lower first gear and 23% higher sixth gear than the old-school five-speeder, which means owners should get more low-speed torque and better economy at full chat.

The whole lot has also been beefed up to cope with the higher torque loads being flung from the flywheel.

Things remain fixed to a ladder chassis, but the designers have added more meat to cope with life off the highway.

Frame side rails and cross-members are 30mm thicker, while fatter suspension components should better handle the increased 3.5t towing capacity. Slightly longer leaf springs and larger twin shocks will help in that department, too.

All-wheel drive and limited slip diffs are part of the standard package. Selection of the driving mode is done through a dial on the front console, and it is possible to switch from two- to four-wheel drive at up to 30mph.

It also comes with a downhill assist system that controls brake fluid pressure to maintain a speed of 3-4.5mph down gnarly slopes.

The Hilux’s interior might be more workaday than the likes of the Nissan Navara, but it has an agricultural feel that will serve it well for life in the farming world. More driver headroom and rear-seat passengers legroom should also go down well with anyone chopping in an old model.