Volkswagen has announced its new Amarok pickup will get a bigger three-litre V6 engine.

The new six-pot TDI block will replace the outgoing inline-four and will bring with it a serious hike in power output.

VW says it plans to offer three horsepower ratings – 163hp , 204hp or the range-topping 224hp – that will be available to buy from September this year. As a means of comparison, the old model had 178hp under the bonnet and 130Nm less torque than the newcomer’s 550Nm. 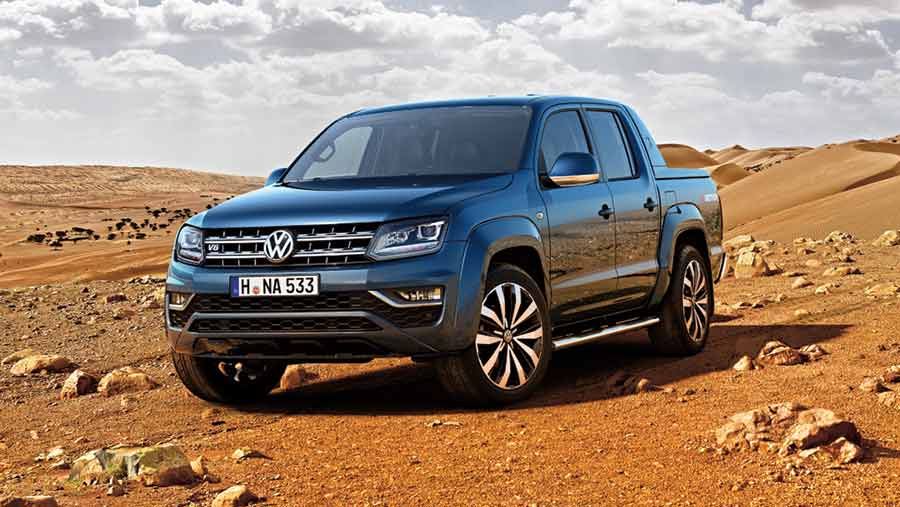 Much of that increase is the result of public demand for high torque at low engine speeds, but drivers can still expect to get consumption figures of 37mpg if they drive conservatively.

More money can be saved by opting for the rear-wheel-drive version, but for most buyers it will be four-wheel power all the way. It comes as either a permanent arrangement on the eight-speed auto, or as an engageable front axle when fitted to the manual gearbox.

Inside there’s a new dash and more comfortable seats, while externally there has been a sprinkling of cosmetic changes and more optional extras including bars, covers and hardtops. LED running lights, 20in wheels and upgraded seats are also a bonus, though hardly imperative for work.

The promise of 3.5t towing capacity on some of the models will also be good news to those who tow frequently, and it is possible to carry more than a tonne in the load bed, too.

Isuzu has launched a meaner version of its D-Max pickup. 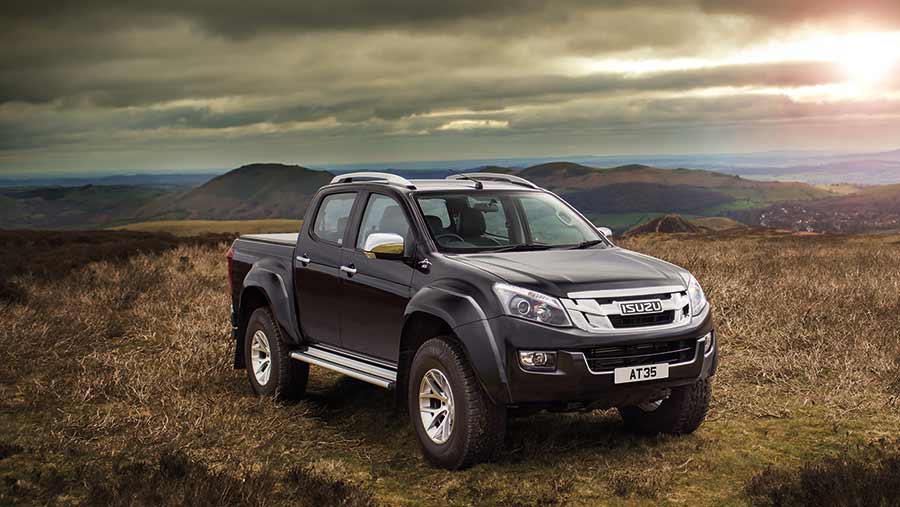 Ride height had been bumped up by 125mm over the standard model, but it retains the 1t payload and 3.5t towing capacity that has made it one of the most versatile pickups on the market.

As with the regular version, power is provided by a 2.5-litre oil-burner that delivers 163hp and 400Nm torque. There is also the choice of a six-speed manual or five-speed automatic gearbox.

The AT35 prices start at £30,995 for the extended cab version, though the double-cab format is a bit more expensive.