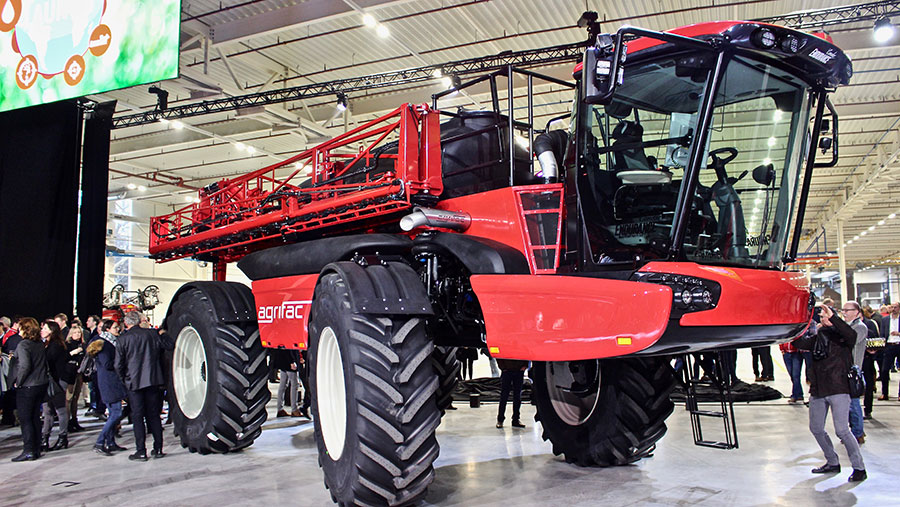 Agrifac has experienced a meteoric rise in agricultural machinery terms.

In 2008 the firm built a mere 20 self-propelled sprayers, compared with last year when this figure peaked at 200, while the new £12m factory could help rocket production past the 500 a year mark.

The old factory in Steenwijk, Netherlands, has been swallowed up by the new yellow-brick pillared building, which measures 240m long and is able to test booms up to 80m wide.

Part of the five-model Condor family, the Endurance is the flagship sprayer aimed at growers with vast acres to cover.

‘The firm has ditched the previous Volvo power unit and has been replaced with a 9.6-litre Cummins block, which develops a whopping 420hp (previously 320hp) and crucially complies with Tier 5 emission laws.

The Endurance is still only available with a monster 8,000-litre tank and J-booms spanning 55m used on the outgoing model. However, the real changes are seen elsewhere. 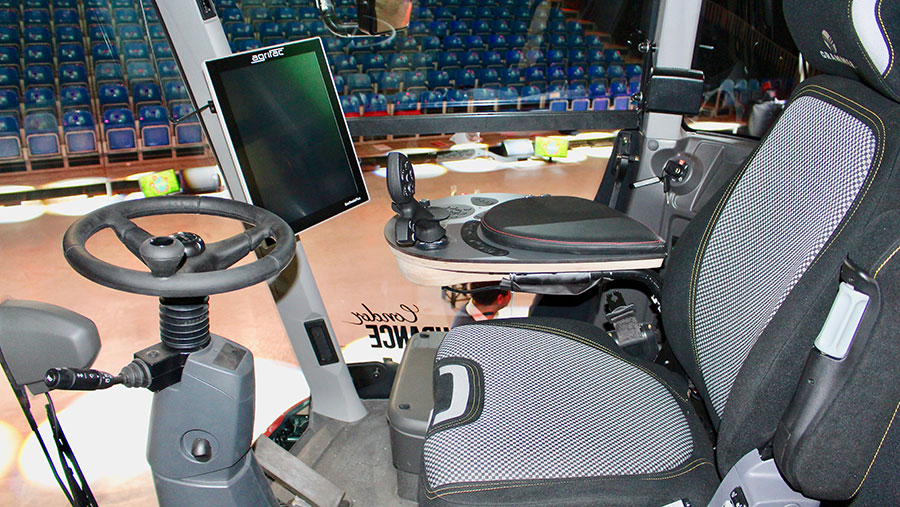 Previous models of the Condor family were given an off-the-shelf forager cab made by German giant Claas and this is still the case. However, it’s only the cab’s bones which remain unaltered.

Most notable is a new joystick – resembling the shape of a flower – and control bank of buttons positioned on the right-hand side of the driver.

This means the old Claas joystick has gone and an in-house built unit designed specifically for the sprayer controls has replaced it. 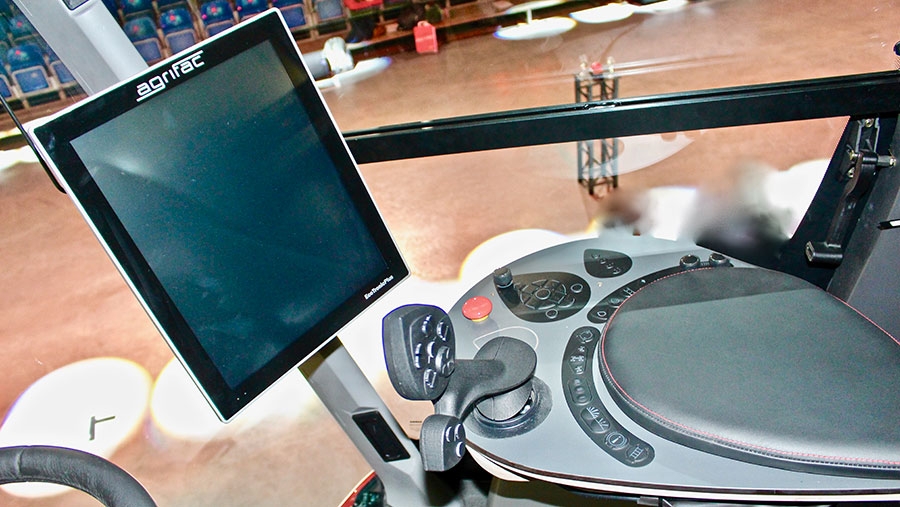 Elsewhere, a new EcoTronic plus touchscreen controls the 600 sensors and keeps all the settings across the machine in one place.

There is now only one screen in the cab, governing boom height, GPS and even road navigation; previously this could have been four.

Also given the boot is the Claas seat, replaced by an electric and heated Grammer unit and for the first time the cab now comes suspended.

By using field maps and data gathered by the sprayer using the boom integrated cameras and sensors, Dynamicdose sprays each plant with the correct amount of chemical. 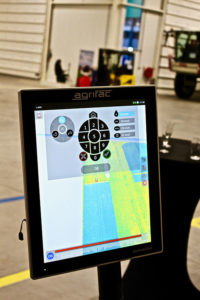 For instance, when weeds are spotted, nozzles are switched on and off individually to target exact plants, rather than blanket sprays, claims the firm.

When negotiating a tree or bend, Strictspray reduces under and over dosing on corners, with the new system matching the speed and required rate for each nozzle.

The flow of liquid is controlled by the nozzle body opening and closing – up to 100 times a second to adjust for obstacles.

More liquid is put on at the faster travelling end on the outside and less liquid is applied on the inside sections to limit overdosing, claims the firm.

A constant source of annoyance for an operator is having leftover liquid in the tank at the end of a field, often due to incorrect field sizes.

Agrifac is launching Smartdose plus, which is a small pump with an extra boom circulation system to inject and mix chemicals directly into the spray system rather than at the filling stage.

Mounted on the rear of the sprayer, the clever pump valves continually prime the lines before spraying begins so there is no underdosing when setting off or in corners, we’re told. 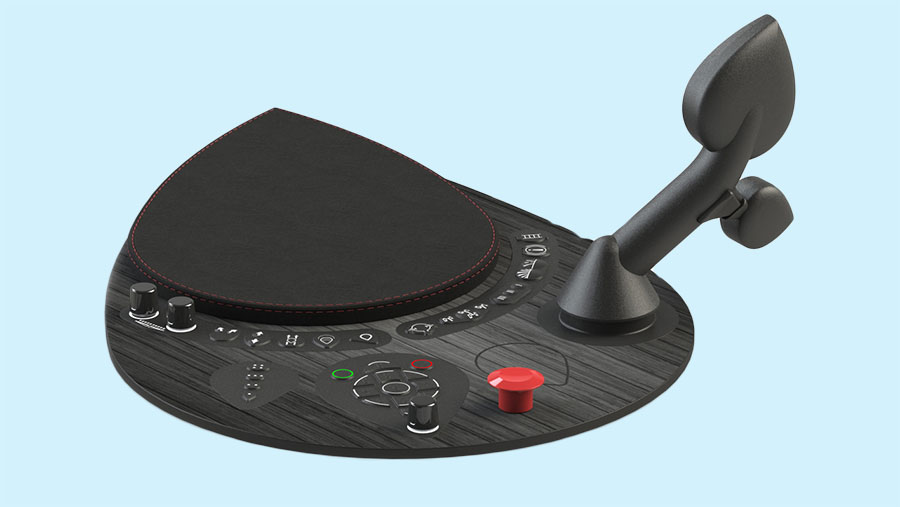 In a bid to keep pace with Horsch in the boom levelling league table, Agrifac has developed its own boom height control system and will no longer offer the Norac option on its newly built sprayers.

The boom has four wide view sensors across the width, which offer a fan shaped outlook of the crop. This means they aren’t easily confused by sudden changes in crop height as standard sensors.

The new Endurance has a £300,000 price tag in the UK, where only six first generation models have been sold. Production starts in April and this technology can be retrofitted on Condor 4 machines at additional cost.

The firm was also showing one of the first carbon fibre booms sections on a 52m display model, so don’t be surprised if this is a boom option in the near future.