As tractor speeds across Europe rise and 60kph gearboxes become more common, tractors are having to get better at braking too.

ABS, which has been standard on cars for several years, is increasingly being seen as a way for tractors to improve their stopping ability, too. 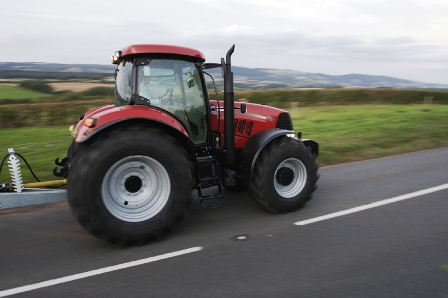 Fast tractors like the JCB Fastrac have had ABS for a while but Case IH and New Holland are now offering what they claim is the first regular tractors to offer air-powered ABS.

The in-house system uses the existing hydraulic system to run a compressor to operate the ABS. Independent wheel braking is retained to allow the tractors to turn quickly on headlands too.