One of the cleverest pieces of kit at the show was Krone’s Ultima non-stop baler-wrapper. Though others have tried in the past, Krone says this is the first one that works properly.

The new machine uses the company’s existing semi-variable bale chamber, which is fixed for the first 80cm, but switches to variable for completing the bale.

However, the key to its success is a pre-compression chamber. This consists of two nearly-parallel belts, the top one running anticlockwise and the bottom one going clockwise.

When the bale is forming these stop turning and pinch together at the chamber end, holding material at the front of the machine. This allows the tractor to continue to drive forwards while the bale is netted.

Once the bale is complete, it rolls by gravity into the wrapper. Meanwhile, the two belts release their reservoir of straw of silage into the chamber. Crucially, the belts compress this material so there’s a good quantity to start the core.

The baler is also fitted with a tractor management system, which controls forward speed according the quantity of material in the machine. This prevents it from being over-loaded and keeps it operating at its optimum capacity.

The Ultima probably won’t be available to UK farmers and contractors for another year or two and cost is likely to be around the £100,000 mark. 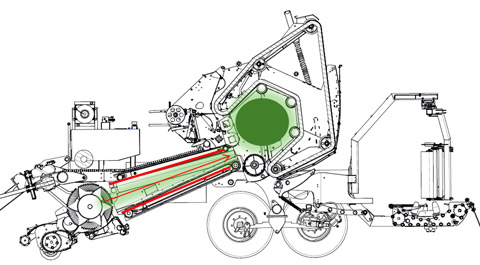 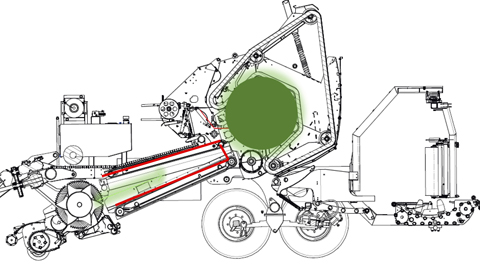 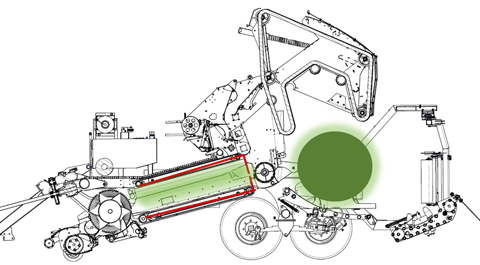 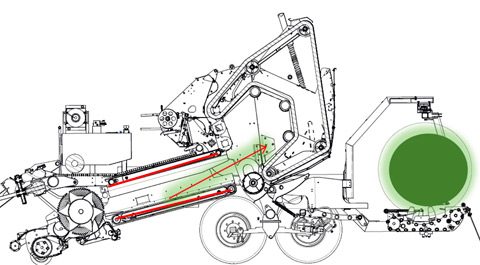