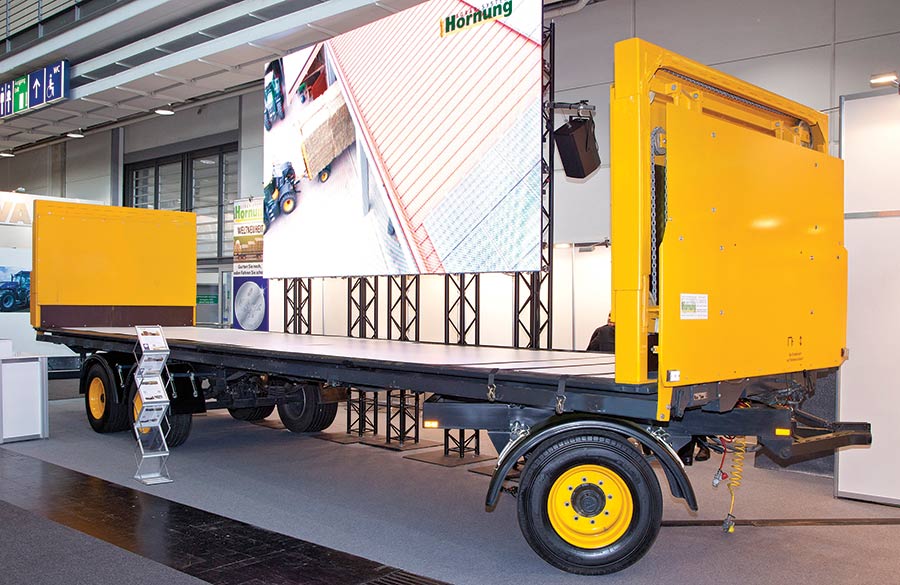 A little-known German company has developed a self-strapping trailer to save the rigmarole of tightening dozens of straps separately and then neatly winding them back up again once unloaded.

Hornung’s system uses a swing arm that rides along a rail around the perimeter of the headboard. When engaged by a tractor spool, it travels up and over the cargo, dragging the lightly tensioned straps with it until they are locked in place. At this point, it engages a ratchet mechanism that tightens all the straps at the same time.

The perk is that it can secure a load containing different-sized bales and the whole process takes just 60 seconds.

A diverter tap at the front of the trailer determines whether the double-acting spool operates the strapping system or lifts/lowers the extendable head- and tailboards.

The base price is €30,000 (£25,800) for eight belts across the 10m-long trailer bed, but the outlay can rise significantly if luxuries such as a telescoping headboard are included.