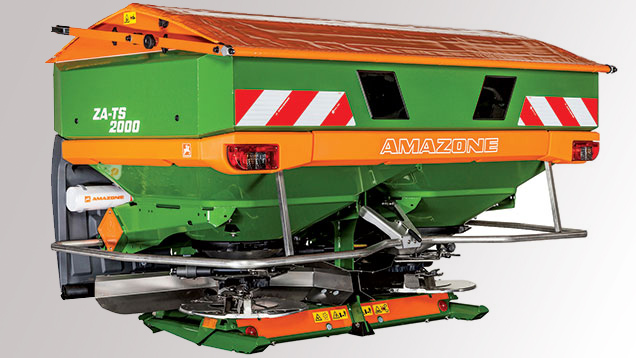 Amazone has added more models to its range of ZA-TS series fertiliser spreaders.

All ZA-TS spreaders have Isobus control technology and can be operated both with the Amatron 3, CCI 100 and Amapad terminals or any other Isobus terminal. They can also be fitted with a weighing system.