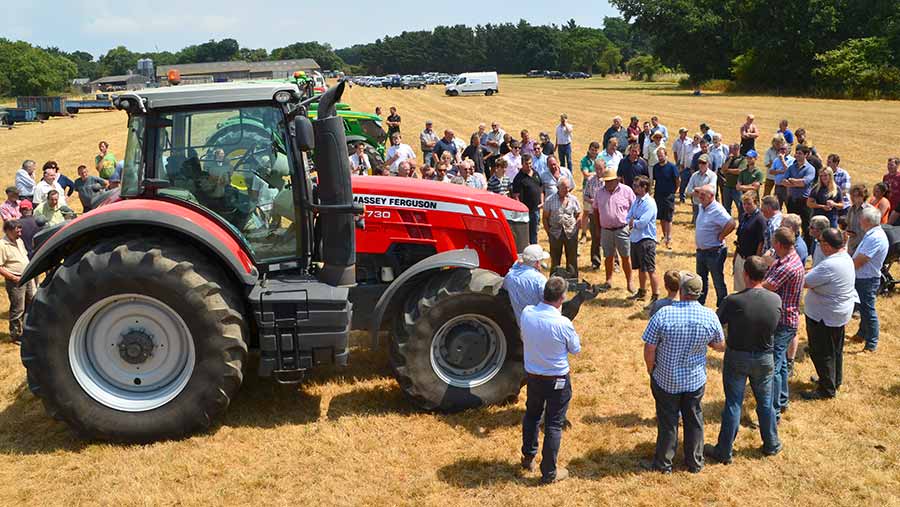 With a herd of milkers to feed, bed and look after, plus a significant arable acreage, North Hinton Dairy’s recent dispersal sale near Christchurch in Dorset had plenty of kit on offer.

On the tractor front, there was pretty much something for everyone, from 300hp heavy hitters to a lightweight scraper tractor and everything in between.

There were also acres of cultivation kit and implements. Topping the bill was an immaculate 4m 2005 Moore Unidrill which made £13,800. 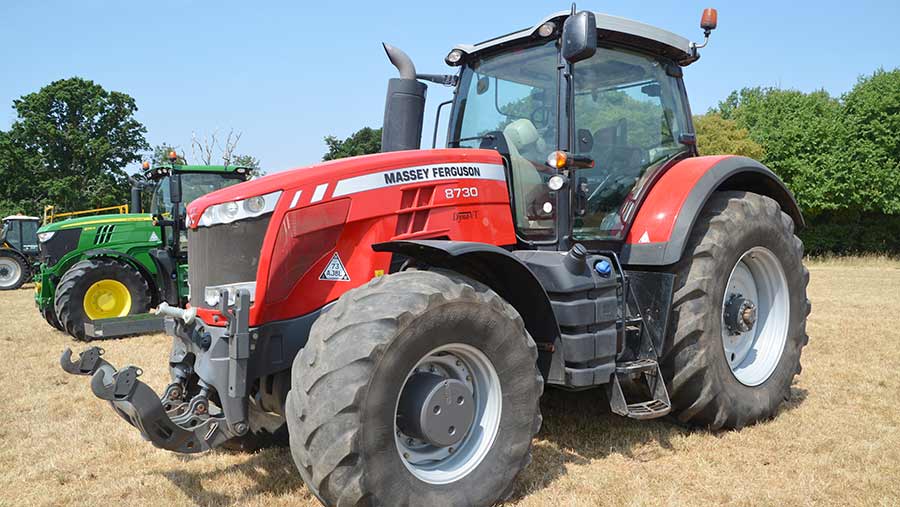 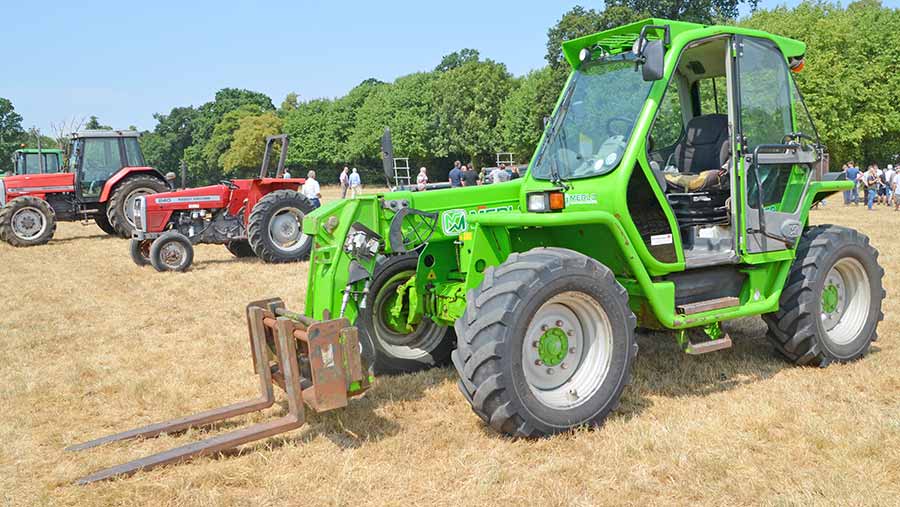 Looking particularly good value, a 4m trailed Sumo 4-in-1 cultivator with Opico Air16 seeder was knocked down for £5,000.

Perhaps the most eye-catching lot was a monster eight-furrow Kuhn Vari-Manager semi-mounted plough. The well-specced model had auto-reset bodies and slatted mouldboards and made £9,100. A smaller four-furrow unit from the French company went for £4,200. 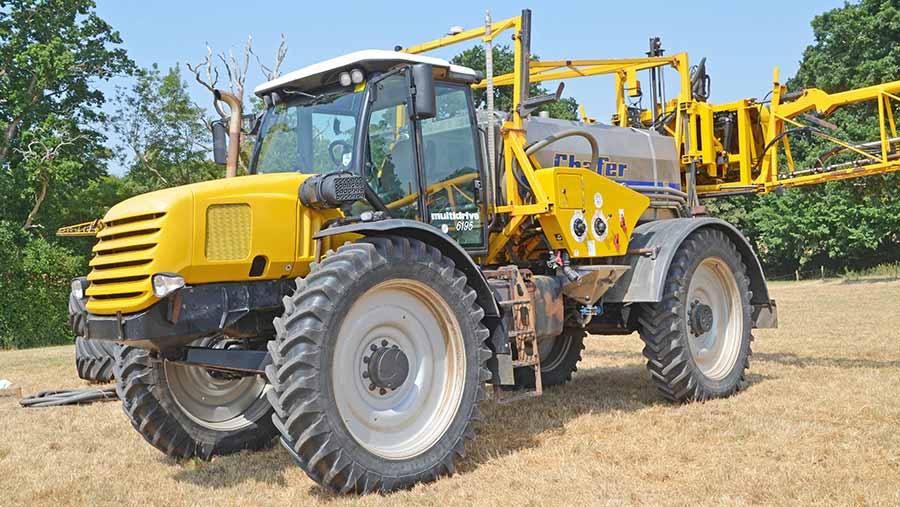