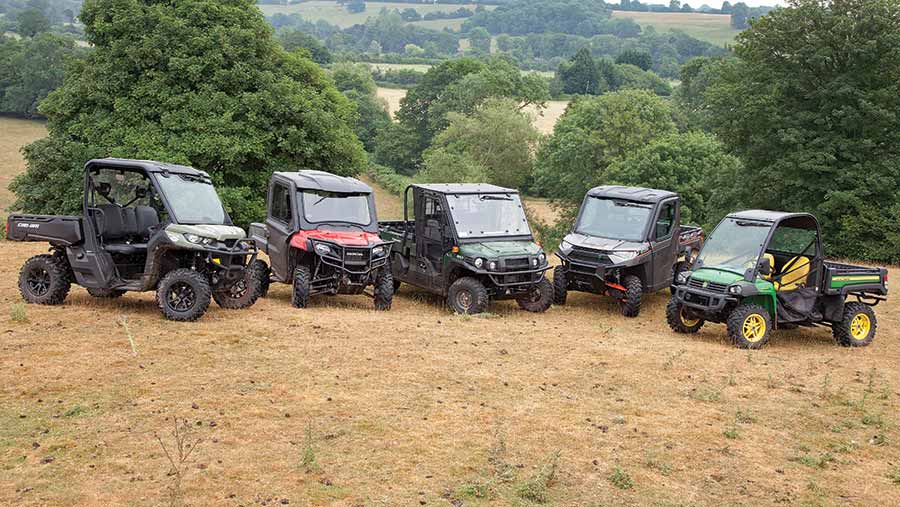 So… which UTVs are best – petrol or diesel?

If we put the issue of fuel cost and convenience to one side for a minute, it becomes an easy decision to pick petrol power over diesel.

The engines are smoother, cleaner burning and offer so much power that you’ll rarely need to flog them hard.

They will also keep up with traffic on the road, so you have the option of running to the pumps rather than carting cans around.

The lower purchase price means you have a fair bit of extra cash to put towards that pricier fuel, too.

Check out our reviews of each buggy below:

But there’s an unexpected downside to this power that is easy to overlook until you get in the seat, and that’s safety.

You can put anyone on the Gator or Mule and the lack of performance means they’ll have to work pretty hard to get into trouble.

However, all of our petrol machines (the Polaris in particular) had enough power to get a lairy driver out of shape very quickly.

The fact they will reach car-like speeds on the road with none of the crash protection is another thing to be wary of.

See our video of the five buggies on some challenging Shropshire countryside:

As for the diesels, the fuel cost and convenience is still a massive draw and if we didn’t have a lot of heavy towing to do, or steep banks to fire up, we would still be sorely tempted.

Clearly there is one glaring omission in the diesel camp and although invited, sadly Kubota chose not to provide us with one of its hydrostatic RTV X900s after it saw the list of competing machines.

But if we had to single out one machine from the test, we would opt for Can-Am’s Traxter. It has plenty of power, a well-thought-out cabin, smooth operation and comes in at a decent price.

You can also get keys to restrict the power for less experienced operators. That’s enough to put up with running to the pumps every now and again.