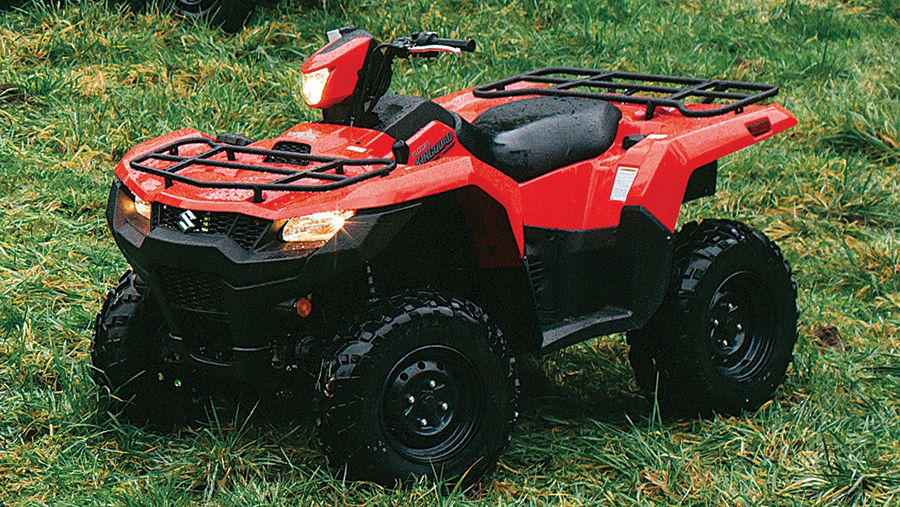 New features said to make the Suzuki KingQuad LT-A500X more productive and more comfortable to ride mirror those introduced with the latest version of the higher-powered KingQuad LT-A750XP.

With a new frame and front suspension, new steering system and rear stabiliser designs, improved brakes and optional power steering for the LT-A500X, the ATV is now credited with a third more towing capacity at 600kg, enabling operators to pull heavier loads with confidence.

Together with revised power and torque delivery, these changes also make the quad easier and more comfortable to ride, says Suzuki, something said to be also helped by fitting raised handlebars that result in a more upright posture.

The way ahead is now lit by a single headlamp on the handlebars as well as two set into the bodywork, projecting a beam in the direction of travel during turns, and the tail-light (now LED) shows up brighter than before.

Suzuki adds that new bodywork not only gives the quad sharper looks but also additional storage compartments and easier access to key components for servicing and maintenance.

Easi rider training and Cesar security are included in prices of £7,399 for the regular LT-A500X and £8,049 for the power-steering version.